Susan's Retromobile Pick of the Show 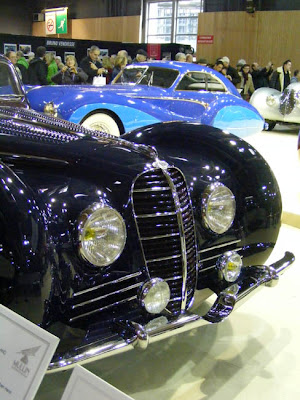 For me, the pick of the show was this 1937 Delahaye Type 145 V12 coupe. It was built as a racing car, one of the Ecurie Bleu, but was never very successful. After it was retired (to stud?) the original ride pimper, Henri Chapron, acquired the vehicle with the idea of turning it into a luxury tourer. Sadly the war intervened and his client disappeared. The car was mothballed for a while, changing hands periodically and ultimately found its way to the United States. After a series of owners it now belongs to the Peter Mullins Automotive Museum Foundation. 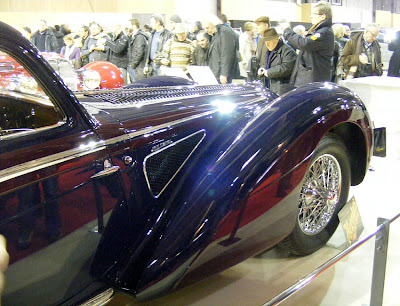 The car is midnight blue with aubergine trim - an almost impossible combination to photograph accurately. 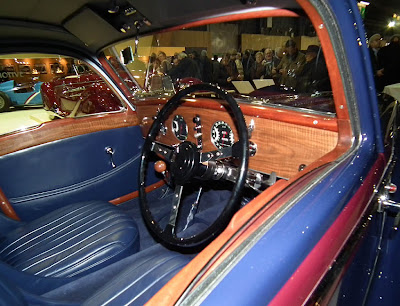 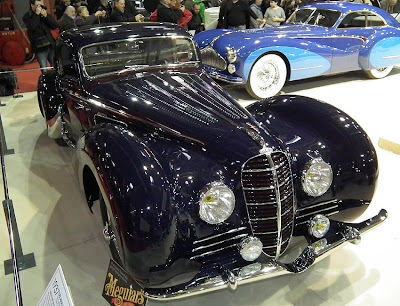 I can just see you lounging in the back seat of this, with your new wellies and a matching blue dress... being driven by Simon in full livery!
That'd turn a few heads in Preuily....

I am Porsche fan but with a lot of persuasion..... Hope you have managed to find the necessary parts for Célestine or at least some answers. Diane

Tim: it would turn a few heads anywhere.

Diane: There were some good looking Posches this year too. We have a strong lead on a gearbox and J-L seems fairly confident still that all will work out.

The sweep of that wheel arch is luurvly (maybe I have a problem...). What does the back look like?