I have written about the station in Tours a couple of times before (here and here), but for most of this year we have been unable to appreciate its interior because the roof has been under repair. This has been a major undertaking, because the roof is being restored according to the original plans, which were on display in the station while the work was being done.

Six sheets of the original plans were on display 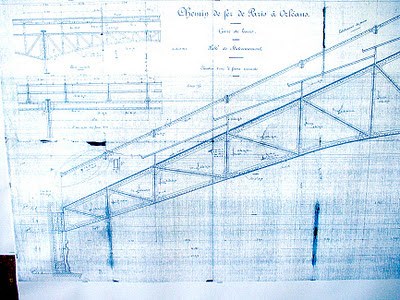 According to a sign next to the the plans the work was supposed to be completed by the end of August, but when we went to Paris in September the scaffolding had been moved from the booking hall and was up over the platforms.

Where the work has been completed it looks great 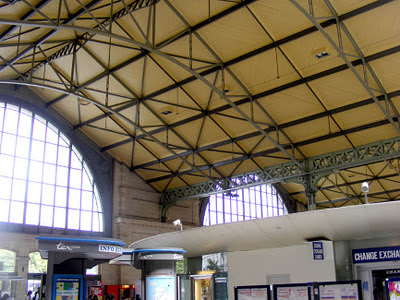