The 2011 XYZ Festival of New Words is held in Le Havre every year. It's a celebration of neologism and is intended to provoke debate on the French language and bring it into the 21st Century (I typed 20th century first time around, but that may be unfair...)

This weekend the festival announced its word of the year:

Second was aigriculteur - a farmer unhappy with his lot in life. A combination of agriculteur (farmer) with aigri (embittered) and with just a hint of aïe! (French for ouch!).

I took this photo last week on the outskirts of London 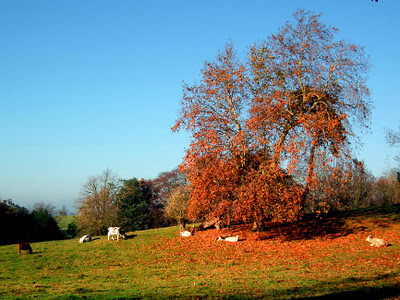 Other words the festival has thrown up are bête seller, describing a particularly awful literary work that becomes an instant hit, the timely eurogner – euro plus rogner (to cut down) – to suggest making savings in the euro zone, and a verb, textoter (to write SMS messages on a mobile telephone), to compliment last year's winner, a phonard – a pejorative term for someone who is glued to their mobile phone. 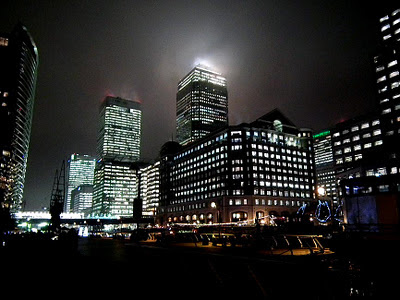 Even though I have read a number of bête seller in the past, the only one of these words I can imagine I will use with any frequency is phonard, but it's good to know the other words are available, just in case.

I'm not very excited about attachiant, aigriculteur and eurogner. Bête-seller [with an hyphen] is not bad and may be useful as a pun. But I do like textoter and phonard. These last two words define some new trends that didn't have words for them.

Back to bête-seller. Everybody knows a bête is an animal and seller as a French word and pronounced likewise means to saddle. Is there a play on the words here?

Lovely pics, quite a contrast!

Gaynor. Just out of shot (to the left) of the first photo is a sign saying that on a clear day you can see Canary Wharf. It was foggy. Fog can be good :¬)