It is five years ago today that this house became ours*, and just over two and a half years since we moved in. 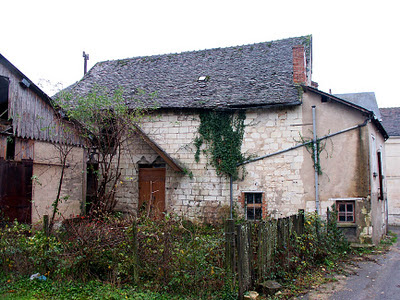 Because we bought just before winter kicked in (and Susan had caught a serious cold the day we bought the house anyway) it wasn't until April 2007 that we got around to installing running water and toilet facilities. This meant that we could stay in the house, camping in the salon. It was bitterly cold, but we were excited by the thought of having what was at that time basically a holiday home in France.

In September 2007 work on repairing the hole above the staircase and the graineterie roof started. This was our first major works: previous to that most of the work done was cleaning and demolishing stuff, something I have got really good at over the years.

February 2008 saw the introduction of electricity to the house. When we bought the house there was an electricity supply, but it was extremely feeble and a bit (well, a lot) haphazard. It took EDF 18 months to get around to visiting and changing the supply to single phase power that was usable.

In July 2008 we shifted the old bathtub, which was fun (if a bit scary), then in September we had our first house guests: Susan's sister and b-i-l visited and stayed in the house - all our previous visitors had stayed in either the Hotel l'Image, or in a gite. Or in Adrian's case, a caravan in the back garden.

December 2008 was our first Christmas in Preuilly, and by jingo was it cold!! We survived by wearing every item of clothing we had in France and eating well.

A month later, and my house in Australia was finally sold, which allowed us the freedom to set a date for moving to France.

Sunrise in France, taken at Calais the day we moved here 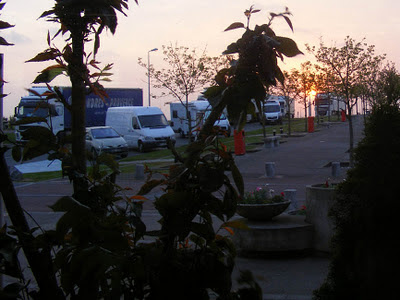 In June 2009 we had the first signs of bathing in a civilised manner, and July was staircase month. In October the fireplace and chimney went in, and life was really beginning to get comfortable: not only were we no longer living in one room (the salon) we could wash and stay warm!

Since then work on the house has continued more or less non stop. In the past two years we have insulated the whole house, built two bathrooms and a kitchen and put in electricity and proper plumbing. In the garden we have a fence and gates to make it look like a proper garden, and somewhere nice to sit when the weather is good. The house itself has been re-roofed, the walls given a frame to stop them falling down, and varous windows have been replaced.

We have made friends, bought an orchard, Célestine came into our lives, and we started making an income. 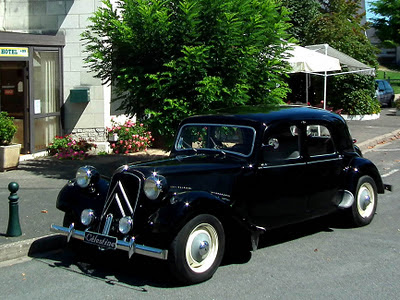 *you can tell how new we were to blogging - even this momentous event took us two months to report.
Posted by Simon at 09:00

Congratulations !!
That's an amazing list of achievments in five years. Such a lot of hard work but a real transformation and at least you are, as you say, comfortable now.

Well done, you two. Quite saga. Just been a week in 37120. Fantastic weather. If you like pottery, go to La Borne, which is close to Henrichemont in Berry; you'll find lots of trad bricks there.

I can only dream that in five years, I'll still be in France and my house will look a little more loved!

You have a lot to be proud of.
(deleted first comment as from Jim&amp? but can't seem to change it!)

Congratulations! You've achieved a heck of a lot since you got the keys :-). The transformation is great.

It all changes so slowly while you are living the process. Congrats, pat yourselves on the back and smile - you have done a wonderful job. Everyone loves sharing your lives vicariously.

Félicitations!
You've made a huge progress, dommage that you didn't insert a photo of current situation to compare.

Wow, I remember lots of that. I have vivid memories of moving the bathtub--and I wasn't even there; I just worried on your behalf.

You have made SO much progress. Congratulations.

wow y'all have done so much.....house looks so comfy & nice now..cheers

I agree with the above comments. Keep up the good work!

Bravo!
You are turning a house into a very comfortable home. keep up the good work ...

Congratulations, loved reading the summary of your eventful 5 years, so much work!

When I look at that first picture, I think...."Where the ###* do you start"... and I think clearing that garden was probably what Pauline and I would have done. Congratulations both.... don't "tyre" yourselves out!