Known in France as the "été de la Saint-Martin", this refers to a lengthy period of warmth after the first frost of the year. This year we are having an été de la Saint-Martin, the first frost of the year being in mid October, but the past five or six days have being almost t-shirt weather. St Martin's day is 11 November (so it kind of gets obscured by Armistice day) and this is traditionally the day on which a St Martin's summer become "official".

The view from Loches donjon on 10 November 2011 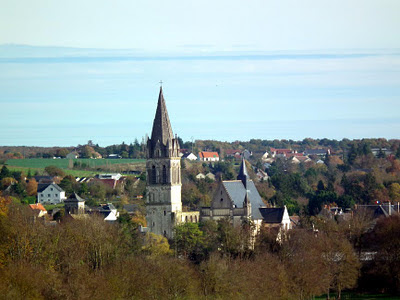 St Martin of Tours died in Candes st Martin on the 8th of November between 395 and 402AD, but according to the Catholic Encyclopedia no-one is sure of the exact year. He was loved and respected by many people, so a bit of a fight developed over the resting place of his body, which was seen as a great marketing opportunity: wherever had the body was sure to be a place of pilgrimage. In the end the body was "pilferred" (their word, not mine) by the cathedral at Tours, and as the body travelled the 20 miles or so up the Loire to its new resting place the flowers and trees along the banks of the river burst into flower.

In England they are having what they now call an "Indian Summer", with reports of spring bulbs flowering, but until the middle of the 20th Century it also was known as a "St Martins Summer", the American term for it being only a recent introduction. 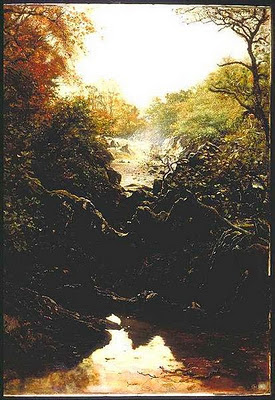 We expect this unseasonal season to end soon - Wednesday is meant to be overcast, if not rainy, but until then we are making the most of it!

Mmmmm, we are too.

Something to be really grateful for, normally I'd need to be toasting my toes in front of the fire at this time of year.

Ours in the Charente arrived a little later than yours, but it was lovely yesterday and Saturday. Definitely had our first frosts, so it was very welcome. Hard to think that two weeks later than this last year, we had snow!