Over the past year I have been surveying the butterflies of the area as part of a scheme administered by the MNHN (National Natural History Museum). I have two 2km squares randomly allocated and I walk 5 short routes in each once a month between April and September, counting numbers and species of butterflies.

Violet Fritillary, on a violet. 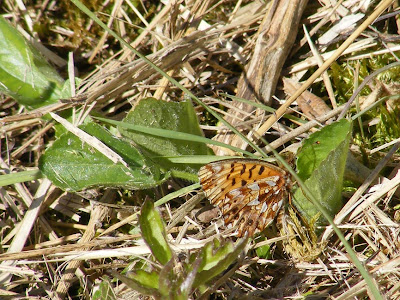 It has proved to be a fascinating exercise and a great way to get to know the local habitat through the seasons. This year we had an exceptionally dry and warm spring and a warm and somewhat wet summer. 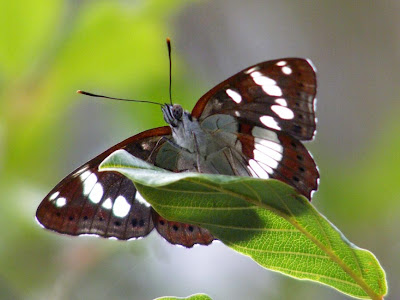 This has resulted in some winners, mostly woodland species, and some losers, mostly grassland species. Some species have occurred in exceptionally high numbers, such as Orange Tips Anthocharis cardamines (l'Aurore in French) in the spring and White Admirals Limenitis camilla (le Petit Sylvain in French) in the summer. Some species have been shockingly absent - I didn't record a single Speckled Wood Pararge aegeria (le Tircis in French) on any of my transects, yet this is normally a very common woodland butterfly. My beloved Glanville Fritillaries Melitaea cinxia (la Mélitée du plantain in French) seem to have been badly knocked by the dry spring, but their close cousins the Knapweed Fritillaries Melitaea phoebe (le Grand Damier in French) did very well. It seems to be a difference in caterpillar food plants, with the Speedwell that the Glanvilles need in the late spring being greatly reduced by the dry weather. 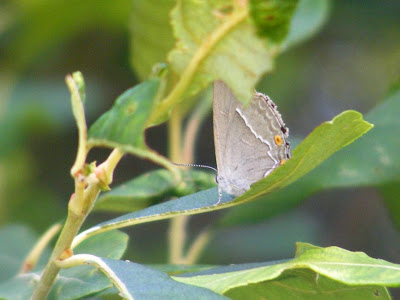 The Lycaenidae (Blues) have mostly had a poor year, with very few Holly Blues Celastrina argiolus (l'Azuré des nerpruns in French) in the spring and low numbers of Common Blues Polyommatus icarus (l'Argus bleu in French) and Provencal Short-Tailed Blues Everes alcetas (l'Azuré de la faucille in French) in the summer. Happily, the rare Large Blue Maculinea arion (l'Azuré du serpolet in French) seems to have had a good year and I observed them on several occasions, including an egg laying female. 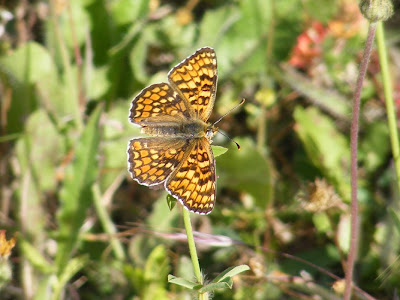 I observed 45 species in total and 1417 individual butterflies while surveying. The most abundant species overall was the Meadow Brown Maniola jurtina (le Myrtil in French), which also topped the monthly bills for May and August. The most abundant species in April was the Brimstone Gonepteryx rhamni (le Citron in French), June was heaving with Marbled Whites Melanargia galathea (le Demi-deuil in French), July was the time of the Gatekeeper Pyronia tithonus (l'Amaryllis in French) and in September the Small Whites Pieris rapae (la Piéride de la rave in French) came into their own. There were a number of species that I only saw one each of: Mallow Skipper Carcharodus alceae (la Grisette in French), Large Chequered Skipper Heteropterus morpheus (le Miroir in French), Purple Hairstreak Neozephyrus quercus (la Thécla du chêne in French), Sooty Copper Lycaena tityrus (l'Argus myope in French) and Dark Green Fritillary Argynnis aglaja (le Grand Nacré in French). Sometimes only seeing a single individual in the survey is just bad luck - I saw normal numbers of Purple Hairstreaks and Sooty Coppers in the course of my daily observations outside the restrictions of the survey. I also saw Mallow Skippers, but felt that their numbers might be a bit low this year. I recorded no Scarce Swallowtails at all while surveying, but saw them regularly in the summer. The reason for this is probably because this species is very much a garden (or orchard) butterfly, and my survey sites are cereal crop margins, limestone ridges, natural grasslands and forest rides. 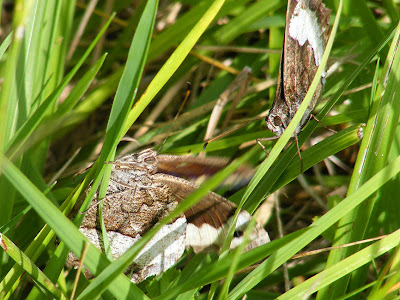 If you are interested in the complete species list I have updated the Loire Valley Nature butterfly list to show species seen on the survey in blue, but I have not given any indication of numbers there.