In 2011 the Communauté de Communes (association of local councils) is going to start an extensive programme of works on the Claise and its tributaries. This is in order to fulfill their obligations under the EU directive to ensure all surface water is in a good state by 2015. Within this framework, around 15 public meetings have been organised to inform all the resident owners and users of the river of their rights and obligations, as well as tell them about the type of work envisaged. 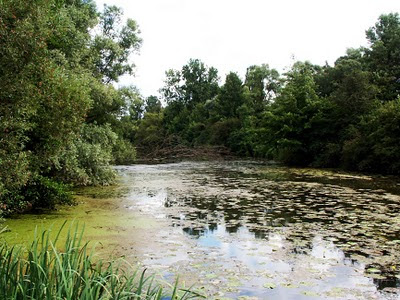 Between 2005 and 2008, the Communauté undertook a study of all the water courses in the Claise river basin. Several problems were revealed: water flow is too uniform; bankside vegetation is poorly maintained; over-representation of certain species (eg. poplars); presence of invasive species (eg the non-native aquatic plant Ludwigia, known as jussie in France); build up of silt and fine gravel. If nothing is done, these imbalances will only get worse. 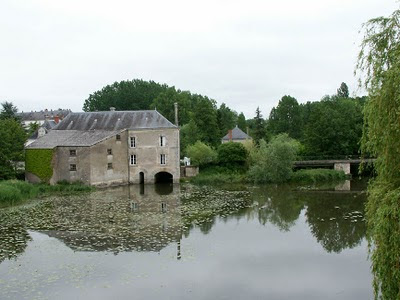 The plan is to return a more suitable vegetation to the banks and ensure the nuisance species are suppressed. Mechanisms will be installed in the river bed to enliven the flow, thereby gaining fresher, better oxygenated water and reducing sediments. All these techniques will contribute to diversify and improve the habitat for species that populate the water courses, such as fish and invertebrates. In addition, the Communauté intends to co-ordinate with the licenced trappers in their fight against the coypu, a particularly unwelcome 'guest'. 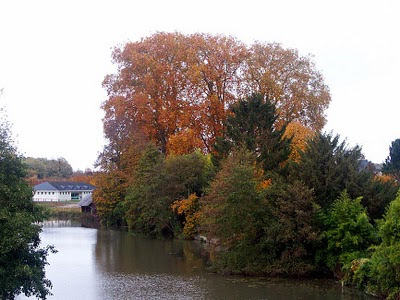 It is estimated that the programme will cost 1.68 million euros over a period of 5 years. Funding of 1.347 million will come from the Loire-Brittany Water Agency, the Region (Centre) and the General Council of Indre-et-Loire. The Communauté itself will also contribute.

In principle, each landowner must maintain their own bit of the river. With this programme the Communauté de Communes de la Touraine du Sud will act on their behalf in order to be able to respond more quickly to the EU directive. Nevertheless, this programme of works should be seen by everyone as the time to relearn best practice, and at the end of it we can enjoy the improvement of the water resource in our district.

Interesting post Susan, I was only walking our stretch of the Aigronne this afternoon [because the sun came out!!] to see which trees could be felled easily, which NEEDED felling and where the undergrowth needed cutting back to let light in.... and I come back in, turn on the 'puter and read your post.
We ordered the big mower yesterday, that will make access easier too. It will tow the trailer, so I won't have to carry the timber away by hand. It looks like we'll get a good mix of alder and ash with a couple of not very good oaks [but not too much wood on those.
Have you looked at Art en Saule our blog about the management of this plot.

OOO - what's that source? We've about 600 metres of Aigronne riverbank and the same of millstream although technically that's Richard's. No Jussie thank goodness. I'd like to go to one of those public meetings to find out what's expected of us.

Tim: I didn't know about Art en Saule, but I've had a look now. It will be interesting. We will discuss when we meet no doubt.

Pol: I haven't seen any jussie down here either. The person to talk to about the meetings is Yohann Sionneau. He is the river technician, in charge of the programme. He says don't hesitate to contact him if you have any questions. His phone number is 02.47.94.44.33.

Thanks for the number Susan! We'll be giving him a ring.