Saint Jean - Saint Germain is a combined village (one saint per village, as it were) just south of Loches. Google maps often gives a route through the village to places north of Loches, but the roads are narrow and indirect, so we have never been there before. I have marked it here. 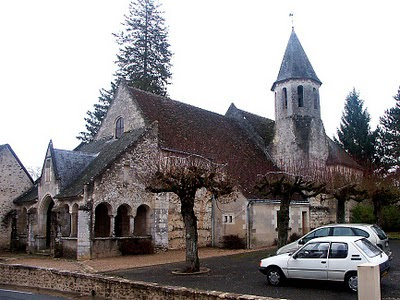 We drove through the village yesterday on our way to the sous-prefecture to sort out some health system paperwork. The day was grey and dull, so we thought we would do some exploring, just in case the route is a good one. It turns out to be an interesting drive, but a lot slower than the more logical route via Loches. 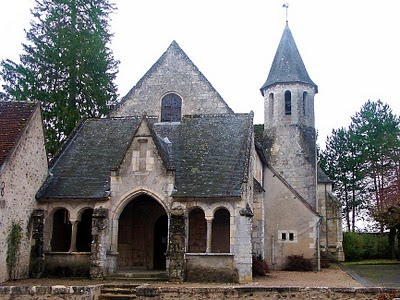 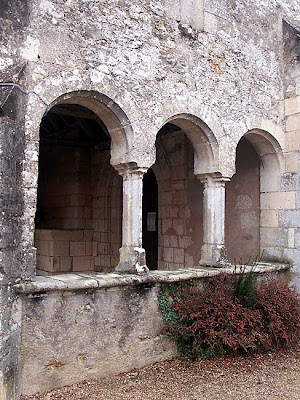 The church was locked so we didn't get to see inside, but hopefully one day we will be passing again and see what the inside of the pretty building is like.

The porch looks like it was modelled on cloister architecture. Great place for the local kids to hang out!

The local kids would all appear be over 65, and hang out in the nearest tabac :)

Chruch looks interesting--we'll go and have a look soon. It's not one we've visited before.

I just drove through on the way back to UK today. This is the place with Le P'tit Marmiton which is a Routiers truck stop which we always mean to try out but we're never there at the right time. Maybe we can combine this with a visit to the church.

Ian. I ahev to confess I don't think I noticed the Routier. I was too busy making what is a really quite complicated turn off the main road