Last year in January we went to Retromobile (and wrote about it here). Tickets for next year's event have just gone on sale, so we're starting to think about our next trip to Paris.

One car we saw last year but didn't post photos of was this beauty. This car is a 1920/21 Speedster made by the Kissel Motor Car Company, founded in 1906 in Hartford, Wisconsin. They made about 35,000 cars before going out of business in 1930. The Speedsters were popular cars amongst what would today be called "celebrities": Fatty Arbuckle and Amelia Earhart (ask you parents, kiddies) both owned one. 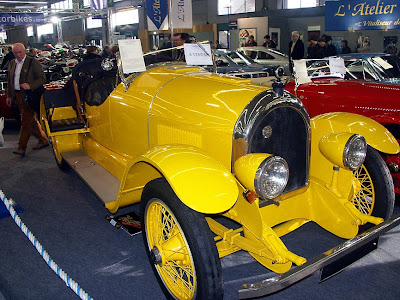 ... and besides having two front seats, and a dickey seat for two, it also has two "occasional" seats which slide out like drawers. 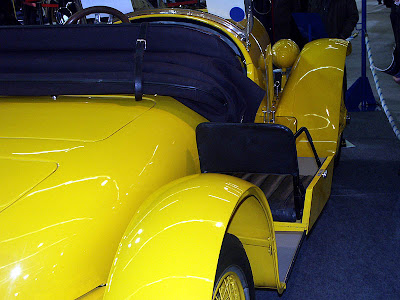 I don't know if these occasional seats were ever used, but they must have been an exciting experience! I had never seen a 6 seater sports car before, now I have a feeling I know why. 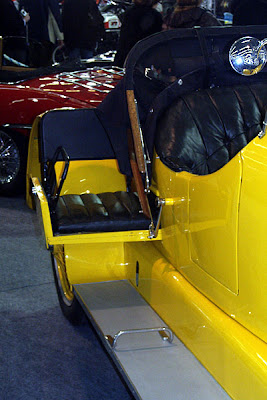 It's good to see that safety hasn't been totally ignored: you get a grab handle by the side of the seat and a footbrace.

Not sure I would enjoy sitting on the side even with the grab handle but I love ols cars of any kind. Diane

I can just see Celestine in Yellow.... with 2CV seats strapped to the side [for those larger groups]