On Thursday Susan and I were working, which included a visit to Chenonceau in Célestine.

As we arrived in the carpark it became obvious we were going to have to work harder than usual to be stand out from the crowd. The Luxembourg Car club were on their 6 day tour of the Loire Valley and providing some serious eye-candy competition. 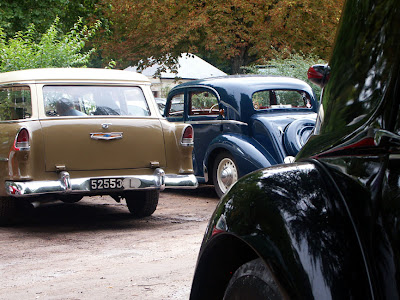 This photo really demonstrates the difference in
philosophy between French and American car builders.
The car on the left pre-dates the one on the right by 3 years 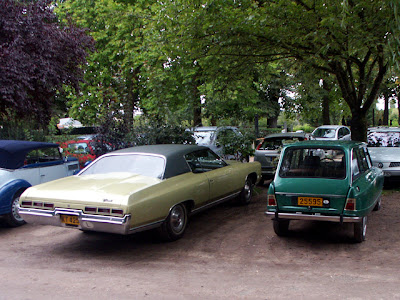 One of the cars which really caught my eye was a S4-61 Salmson from 1950. Salmson were originally a French engine maker, starting with aircraft engines before moving on to make complete fighter and reconnaissance aircraft during WW1. After that war they moved in to car production, and continued in business until 1957. The S4-61 was made between 1938 and 1951, and quite typical of French luxury cars of the period, is right hand drive.

Quite why French luxury cars should have the steering wheel on the "wrong" side no-one really seems to know, but the best bets are either that it seems to have started after Rolls-Royce became the class leader for luxury and the French manufacturers were imitating the British cars, or that having your chauffeur on the side nearest the curb meant that he could just get out the car and open your door without having to worry about traffic, or having to walk around the car.

Other French cars arranged like this were Delage, Delahaye, Talbot and Bugatti. In fact, more than half of the models offered by French car manufacturers in 1937 were right hand drive. All mass production cars were left hand drive. 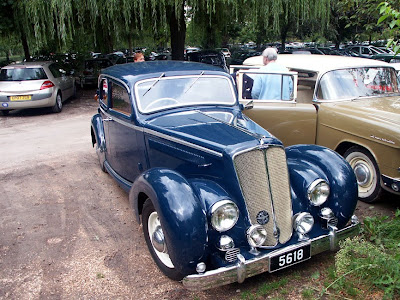 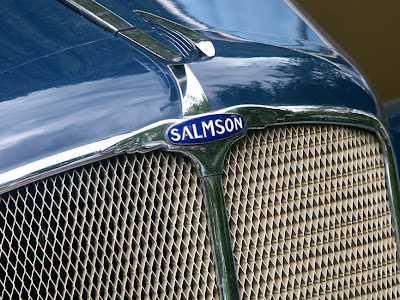 Whatever the reason, I rather like the Salmson. It wouldn't be much fun trying to overtake farm machinery if no-one else was in the car, but even if you arrived late (or even hyperventilating) you would arrive in style.

I did not know Delahaye and Bugatti were French made.