The Chateau at Boussay, Part II

I wrote part one over 17 months ago, but I said I would be back with better photos, and here I am! 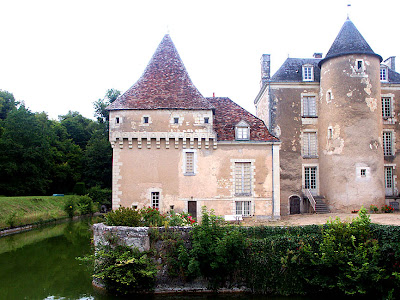 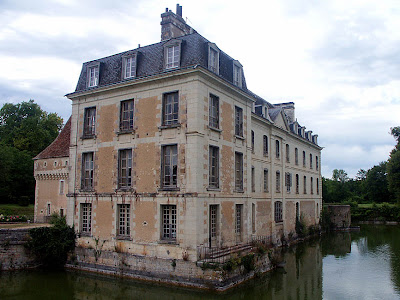 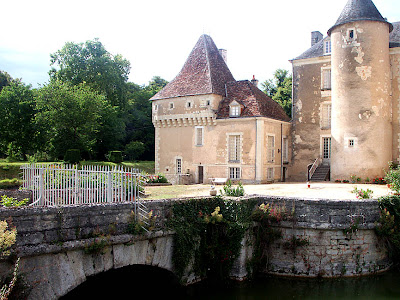 We were at Boussay with my brother and his wife; JB and Rosie. The grounds of the chateau are open to the public, so we wandered in and took some photos. As far as I know the chateau itself is never open to the public which is a pity as it looks a really interesting building. Most of the building is 18th century, except for the round tower and the gatehouse to the left of it, which are 15th century.

The moat is fed by springs (something I found out only yesterday) and is permanently full.

Another place we must visit, it looks very interesting.
The new header photo is super - the previous one didn't last long !!

The new header is current, it was taken on the road to your place yesterday.

Lovely chateau. The fact that it was built at different times, in different styles, makes it all the more interesting.

Looks like the header was take at the end of our road just before the climb up past Riveau! I keep meaning to photograph them now they're almost fully out. Been to Bossay many times now but didn't know you could just walk in the gate!

Thought for the day:
Word verification is "sublings"... some kind of collective noun for miniature submarines? Or a collective for...?

Tim: quite right about the location of the header photo. The chateau is at Boussay, not Bossay.