The small towns of le Grand Pressigny and Chauvigny are only about 50km apart, but one is in the Touraine and one in Poitou-Charentes.

Both have picturesque ruins of a 12th century château at the highest point in town. Stylistically the two châteaux are very similar. 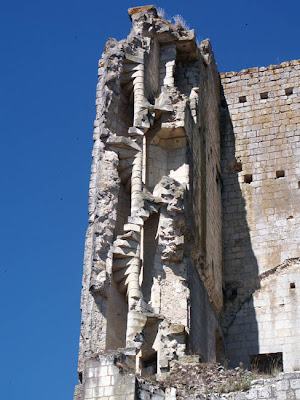 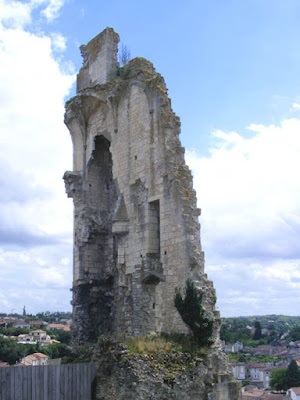 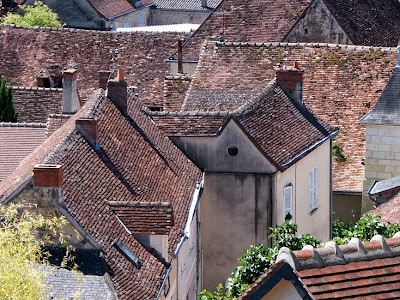 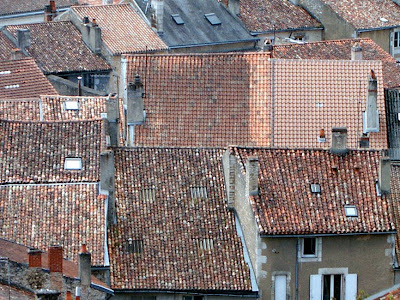 PS Simon wrote a piece on the different styles of roof tile some time ago which you may like to refer to for further details.
Posted by Susan at 09:00

I love the rooftops of Le Grand-Pressigny. I think this is the view down Rue du Donjon. Did you take it from the grounds of the chateau?

Ken: Thanks, corrected now. I think you must be right about canal because often it appears on its own rather than as the compound as the name for these roof tiles. I knew plat needed an 's' to agree with the noun, but forgot it should be feminine too.