M. Douady arrived with his team yesterday morning. The great thing about the Maçons we noticed last year is that they just turn up and start working. Last year they built a chimney, this year they are replacing the stonework around our kitchen window and back door and a couple of windowsills. The stone around the opening was really decayed, and the door and windows changed the alignment of the walls every time we used them. This is not a good idea - not only did bits of stone keep falling off, but closing the door was becoming difficult. 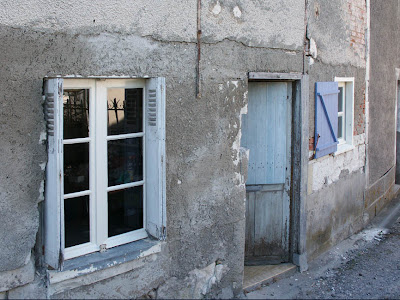 They arrived with the stone for the window surrounds pre-cut, and immediately marked out where they would be cutting and removing the existing stone. After a little drama (they came right through the wall, sending stone crashing inside) they started putting the new pieces in. 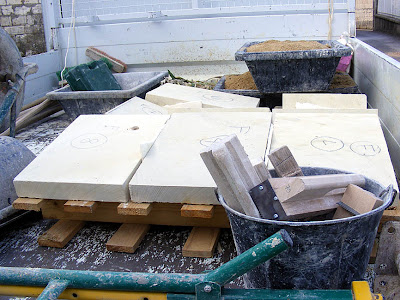 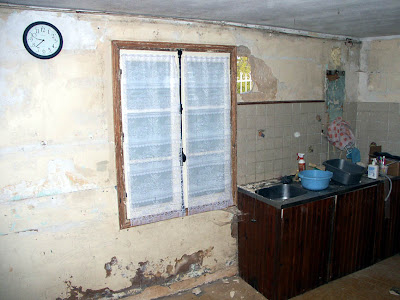 By lunchtime work was well under way, and
half the stones around the window had been replaced. 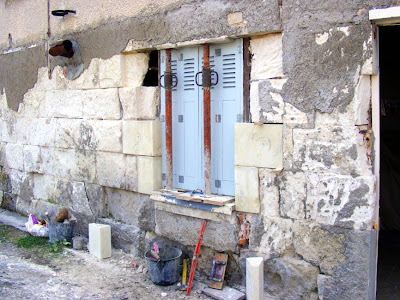 Once the stone around the window had been replaced, they started demolishing the doorway. This surprised me somewhat, because the new door isn't here yet, and I thought they were going to wait to make sure they got the measurements perfect. Still - I am learning (or trying to learn) to leave these things to the experts - they know what they are doing, and me trying to manage them will never be totally successful.

By going home time the hole where the door was/will be had been boarded up. Because they removed more stone than they expected, they needed to use and old door I had used in London as a tabletop and which somehow got brought over when we moved. 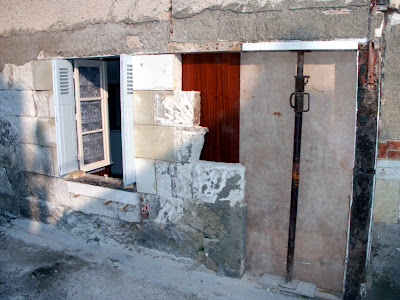 We are impressed so far. Tomorrow (I assume) they are replacing the window sill for our front bedroom, and maybe starting on raising the lintel of the toilet door.

To change themes completely, this was the sky over
Preuilly yesterday. Compare it to a similar scene in October last year. 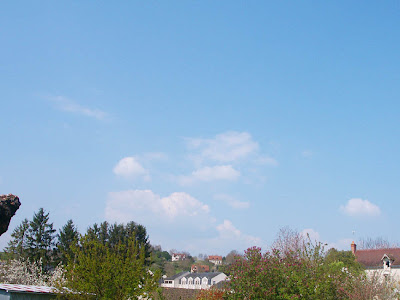 I can't wait to see the end results! Do you know how old your house is?