After not having any internet access for two days, service was resumed last night. Last time Susan and I were affected by a big storm, the internet was a novelty rather than an essential and we are only just properly realising how much we now rely on having world wide access.

Preuilly sur Claise's Rue de l'Horloge has some fine house frontages, even though for many years the buildings housed businesses in what must be said was a pretty unimportant small town almost in the middle of nowhere. A lot of the buildings have classic decoration, including neo-classical Greek pilasters. One house, however, has a slightly strange look - a fine column with a corinthian capital on one side, and a lump of stone on the other. 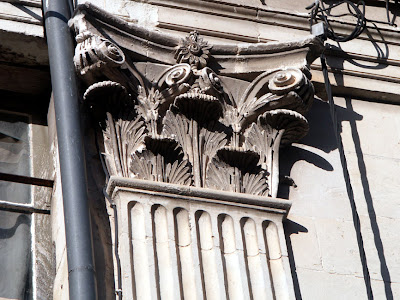 The local story is that the house was meant to have fine matching columns on either side, but the stone mason fell from the scaffold and died before he could start work on the second column. 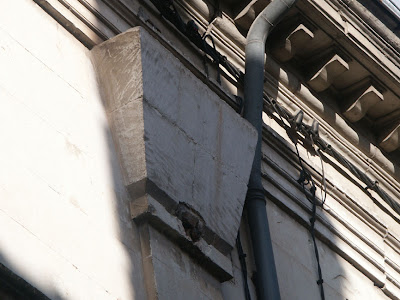 Thus, what the house is left with on one side is the blank out of which the column and capital were meant to have been carved.

As I always say - you must look up occasionally!