les gros mots
Well, now we've covered les politesses in previous posts, let's move on the the real reason it's fun to learn a foreign language. It's because you want to know the rude words, bien sûr. The first rude word that everyone learns in French is merde. It's so well-known that you probably encountered in your High School French textbook, and disappointingly, it's just not that rude in France. Everybody, including our 90+ year old neighbour uses it (when she drops her walking stick), although nicely brought up people do disapprove of its indiscriminate use in every conversation. 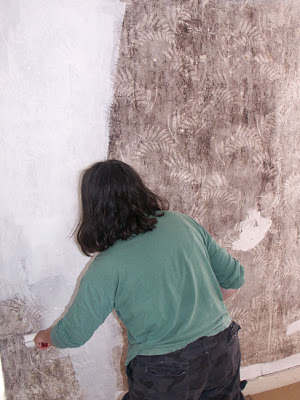 My problem is, I always forget what the proper word for 'dung' is, and I keep having to say Oh, vous savez – le merde des boeufs to the handsome young men and women who work at the local nature reserve where I am conducting a survey of the species of flies in a series of fields with different grazing regimens. ('Dung' is bouse, by the way, I just looked it up again for the umpteenth time. But I'm not at all sure that vous savez is good French...)

Zut ! and zut alors ! are exclamations I learnt in school French lessons. They were in the text books, so I assumed they must be seriously uncool and no one really used them, even 30 years ago. But I had a conversation with our stone mason recently that went:

If you are worried that merde and zut might be too impolite for the company you are in, but you need an expletive, you can use mince ! (pronounced more like 'manse'). It actually means 'slender', but can be used the same way that in English one substitutes 'sugar' for a 'harder' word.

How about "tant pis"? I thought it meant "never mind" but our french teacher said it is less polite than that, more like "who gives a s..t". Do you ever hear it used?

My you are polite! When I started reading your post, I immediately thought of much worse words!

Hang around in your friendly neighborhood bistrot/ with organizations and youy will be hearing much more... and maybe using a few some too !

I understand a lot more than I use, having a French husband (Simon has met him) and belle- famille... who will never substitute a "merde" into a "mince" ! :)

Dedene: If you mean Simon's special plumbing words, they remain resolutely basic Anglo-Saxon. And of course we are polite - the blog is read by our parents. Anyway, this post isn't really about les gros mots, more about words that are marketed as such in High School French lessons. If they appear in your school text book then they must be pretty inocuous.

Jean: I have heard tant pis sometimes. I take it to mean 'that's too bad'. Ken will enlighten us I hope.

Barbara: My experience too is that merde is used by all and sundry in private situations, but in situations (eg a shop assistant in front of a customer) merde would not be used, but mince might slip out.

Jean, there's nothing impolite about tant pis. It just means "too bad." The opposite is tant mieux, which means "so much the better" or just "good!"

Susan, merde is feminine — grammatically speaking, of course. C'est la merde. And mince for merdeis the French equivalent of "darn" for "damn." Or "shoot" for... well, you know.

I'm not sure what you mean about vous savez, which is perfectly idiomatic the way you used it.

This is a vast subject and it would be hard to do it justice. Dedene, you are of course right. There is much worse...

Susan, do you know the verb bousiller, based on the noun la bouse? La bouse is specifically bovine: la bouse de vache is what we might calle a cowpie or a pasture patty.

I had a suspicion merde was feminine, but too lazy to look it up. I'll fix it now. 'Sugar' rather than 'shoot' is used in Australia and Britain.

Savoir / connaître are verbs I have a problem with. I never know which I should use and I can't even conjugate savoir properly most of the time.

I don't know bousiller, but it's about to come in handy :-) I have a new project, which involves watching for a cow to provide some fresh bouse, waiting 10 minutes for it to be the ideal temperature and consistency, then counting the flies on it and photographing the evidence. (This is a serious species monitoring project, btw.)

La bouse de vache in Australia or Britain is a cowpat.

I'm not sure that bouse is exclusively bovine. I thought I'd seen it used as an equivalent for 'dung' in field guides and reports, but I might be wrong. In everyday conversation, most creatures that produce what in English would be 'droppings' is 'crottins' in French (sheep, goats, dogs, mice, rabbits). Horses presumably produce 'fumier'. What about animals that produce 'scats'? (Otters, martens) I think in French that is 'bouse', but you also get the very polite 'laissées' and the somewhat more general 'indices de présence'. And what is chicken poo in French?

Well, I'm not a caca expert, but the dictionary says bouse is fiente des bovins. Fiente(=excrément mou ou liquide) is a good word too.

Other terms are crottes (goats, rabbits), crottins (horses), déchets (in general), and then the really general term, excréments. In Paris they talk about déjections canines on the sidewalks.

Shoot, that's enough for me.

Susan, you have until Sept. 20 to get yourself to Tours to see this exhibit about crottes at the Muséum — the natural history museum — there.

Ken: Excellent! I'll try and get there (Simon didn't look too keen though).