The Footsteps of St Martin

Sublaines is an interesting village. For most people it is probably just an annoyance: somewhere with a 50km/h speed limit that slows down the trip from Bléré to Loches.

However, it  also appears to be in the middle of an amazing Bronze Age landscape. There are 16 Bronze Age (and earlier) sites within 5 km of Sublaines, including dolmen, a fort, a cave system, and a couple of tumuli. Later sites include some Merovingian grave cuts (around one of the dolmen) and some 14th century fortified farm towers. 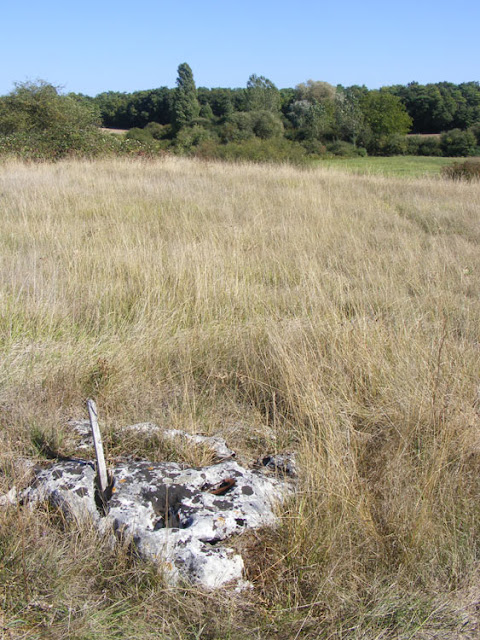 This is probably the easiest of those sites to find, a polissoir dating back to probably 3000BC and known as the Pierre du Pas de Saint-Martin. A polissoir is a hard stone that people would rub their stone axes on to polish and sharpen them. Over the years the rocks become grooved, and later generations would treat these as a mystery. 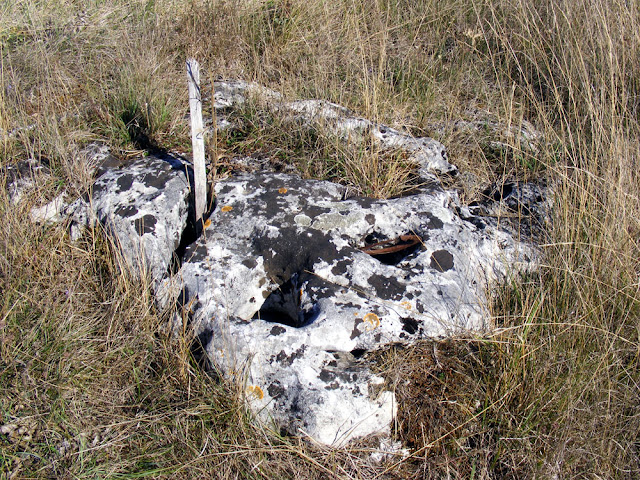 In the 19th century the mystery was solved when it was realised the grooves and holes are actually the footsteps of Saint Martin and his mule, along with the mark of his staff. You can see one of the footsteps of the mule (it has a horseshoe in it) and the place the staff stuck in the ground (it has a stick in it). Until relatively recently it has been treated as a fertility site, with offerings being left in return for giving the supplicant a child.

The Pierre du pas de Saint-Martin is located here.
Posted by Simon at 09:00

Email ThisBlogThis!Share to TwitterShare to FacebookShare to Pinterest
Labels: Loches and area, Prehistory

I see you contributed the Sublaines's pierre du pas de saint Martin to The Megalithic Portal.

According to Société préhistorique française, 1913 in Persée, there is another pierre du pas de saint Martin near the village of Boissy-aux-Cailles, in the Seine-et-Marne department, said to be a solar megalith. The author of the article said this megalithic stone was used as compass, calendar and sundial in prehistoric times. It shows the footprints of Saint Martin's, his horse's and his dog's! Was it also a polissoir instead of a compass?