Being somewhere is one thing, but sometimes looking at it on a map can tell you something about a place you would never otherwise know. (Of course, the inverse is also true - best do both, eh?)

We have driven the road from (kind of) Boussay to (kind of) Rouvray - the D515 -  a number of times. It's pretty, and in Autumn the colours can be really vibrant, but really it's just an average road through an average forest which has been fenced off to keep the deer and boar in. 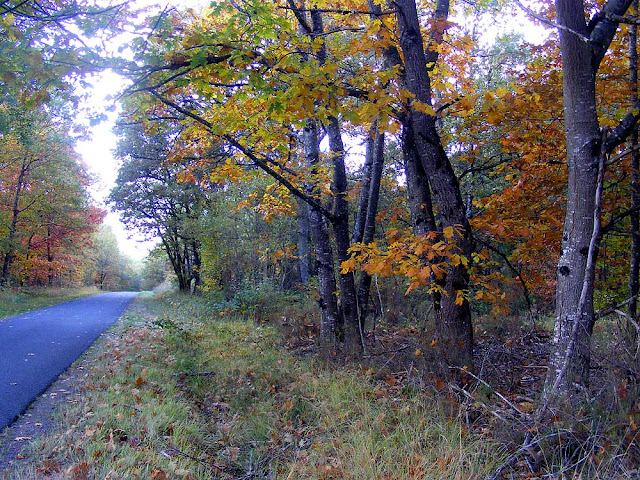 The location isn't signposted, so the only way you would discover the name of this particular piece of forest is from the IGN map: this road holds what is possibly a dark secret - or a ghost. 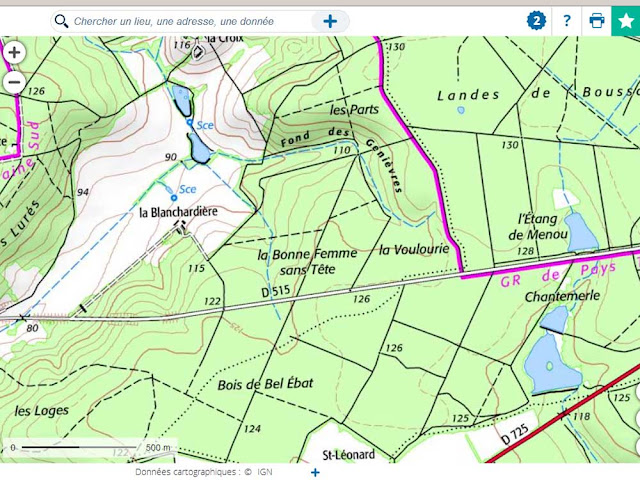 I assume that rather than it meaning what one fears, someone found an incomplete statue of the Goddess Diana - not an impossible theory, because there are plenty of tales of Roman discoveries.

Email ThisBlogThis!Share to TwitterShare to FacebookShare to Pinterest
Labels: Boussay

A place called 'the beautiful headless woman"? The mind boggles.
Sounds like a good place for an episode of Midsommer Murders, or the French equivalent. I hope you,re going to do some research and let us know why it's called that!.........the headless statue theory would be too ordinary!

We don't know that she was beautiful. I presume she was the 'Headless Housewife' :-) That makes the mind boggle even more!

Thanks for the wonderful tale and sharing it with the world, and good luck with the happy ending!