My Back Pages: Simon's T-Shirt Archive (2)

I can actually remember buying this shirt - the shop is no longer there, it was a music shop in Ruthven Street, Toowoomba, that also sold t-shirts and other funky stuff. It was probably 1992 or 1993, and I bought a number of t-shirts for use on stage (the others may make a later appearance here too). 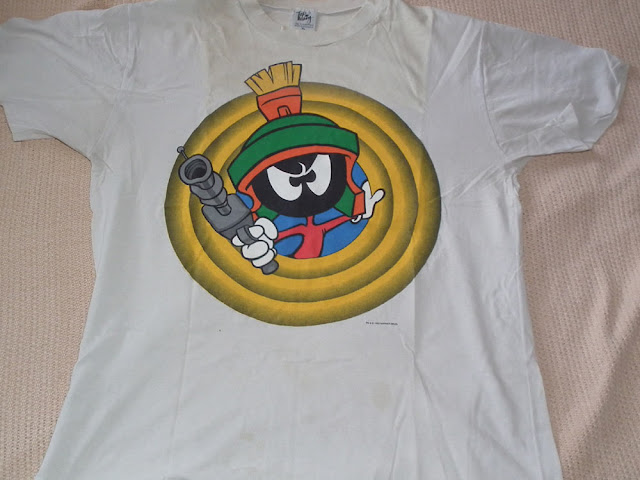 This is Marvin the Martian, a Warner Bros cartoon character who first appeared in 1948. You can see me wearing the shirt in this pic from 1994. 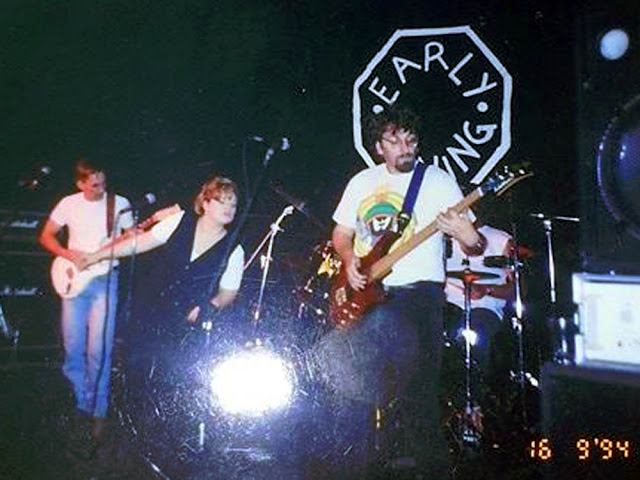 And here is Marvin in his first appearance.

Old t-shirts are like old photos, the memories they hold can be so vivid.