Not Much Fungi in the Forest


The first fungi foray of the year was held at the Forest of Preuilly on Sunday 2 October. Because it has been so dry there was almost no fungi around, but we all had a good time nevertheless. We had a couple of reasonable rain showers overnight in the two weeks preceding the outing, but it wasn't enough to promote any fungal action, nor was it quite long enough before the outing for the fungi to have sent out fruiting bodies. 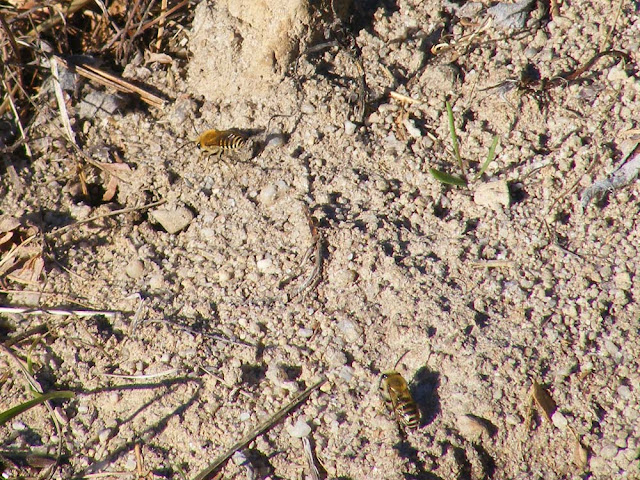 These male Ivy Bees Colletes hederae (Fr. Abeille du lierre) were frantically buzzing around the ground nesting colony on the side of a track in the forest. They are desperate for the females to emerge. As soon as they do they will be jumped on by multiple males, all determined to mate. Because they specialise in Ivy Hedera helix flowers they emerge very late in the season. They are a species that appears to be doing very well, with an expanding range, but until recently no one took much notice of them. Now there is a European project to monitor them and find out more about them. 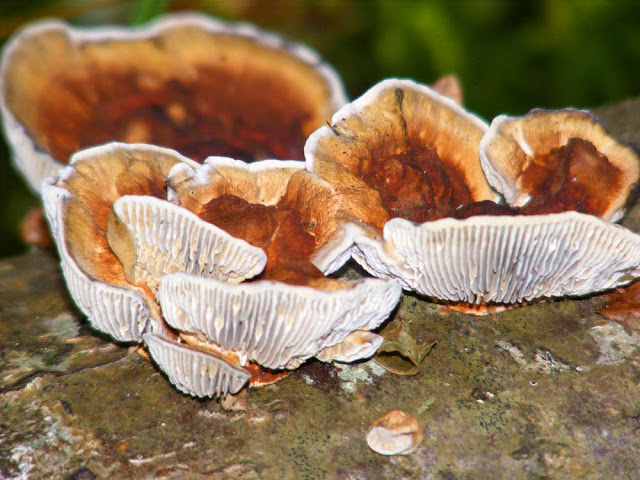 This Birch Mazegill Daedaleopsis tricolor (Fr. Lenzite tricolore) was easily the most beautiful fungus we saw on the day. It is very easy to mistake for Turkeytail Trametes versicolor. I did, confidently telling the new member of our club who found it that it was T. versicolor. Oops! Paul soon put us right and pointed out the gill like folds underneath (Trametes have pores).


A view of the Forest of Preuilly. 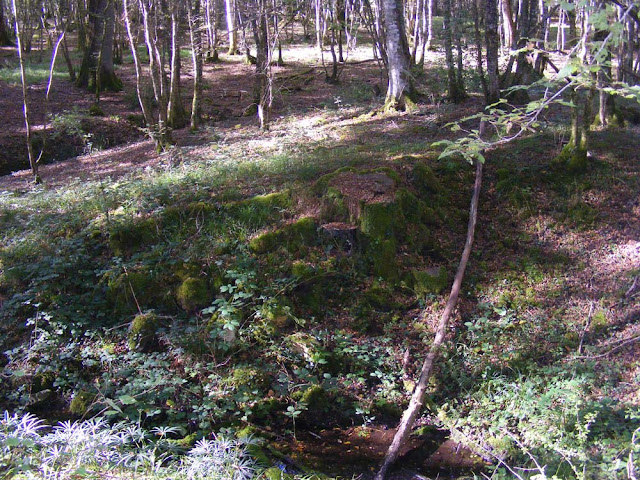 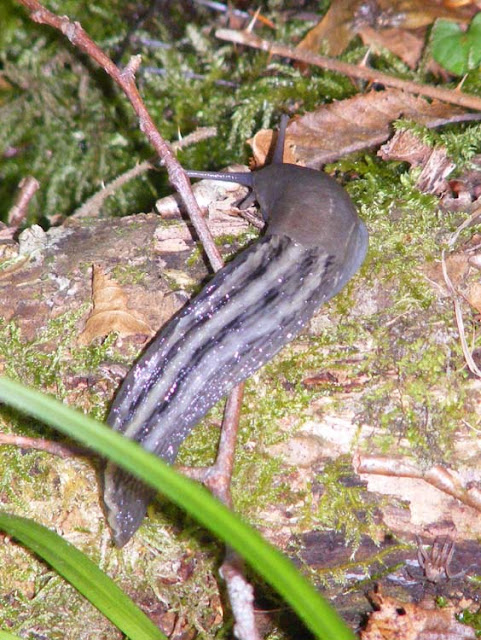 You don't get a good idea of the scale in this photo, but trust me, this slug was big and impressive enough for me to go 'Wow ! Regardez-le !' The Ash-black Slug Limax cinereoniger (Fr. Grand limace) is the largest land slug in the world. It can grow to 30 cm long and lives in ancient woodland. This is a close relative of the Leopard Slugs L. maximus which are making themselves merry living in our kitchen. They are not closely related to the European Black Slug Arion ater.

This Angle Shades moth Phlogophora meticulosa (Fr. La Méticuleuse) was lurking in the moss on the forest floor. It folds its wings to do a very passable imitation of an autumn leaf. This one is very brown, which means it is aged. When they are fresh they are greenish. 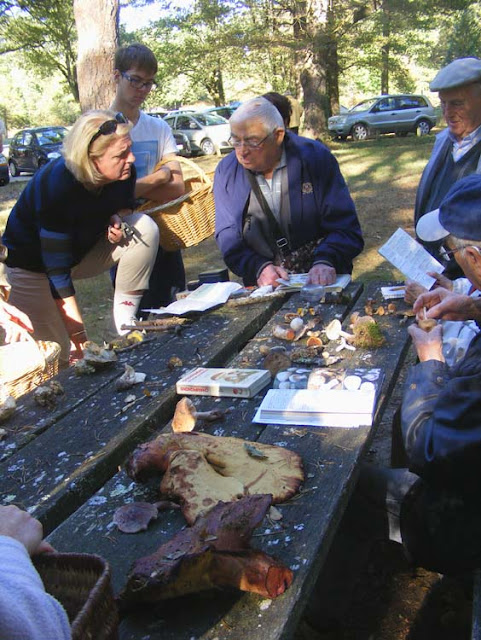 The table isn't exactly groaning with fungi (compare to this post from 2012), but check out those two enormous Beefsteak mushrooms Fistulina hepatica (Fr. Langue de boeuf) at the near end.

Email ThisBlogThis!Share to TwitterShare to FacebookShare to Pinterest
Labels: butterflies and moths, Insects, nature and wildlife

IIRC, your mother was especially interrested in fungi.

Yes she developed an interest in fungi, although mostly focused on plants and birds. Last time I was in Australia I brought back some of her fungi books, which were European, because in the days she was buying guides there wasn't really anything for Australia. With fungi there is quite a lot of crossover between the continents and hemispheres, unlike plants and birds.