The Chapel of Saint Sulpice, Vendoeuvres

The interior of the chapel. 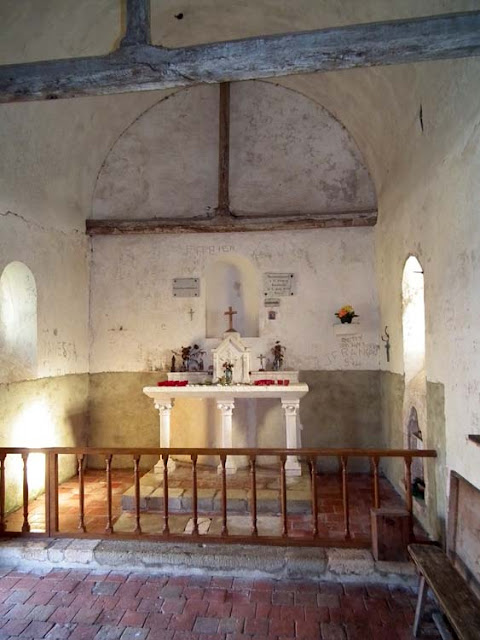 This small, very simple edifice from the 16th century, constructed in Brenne sandstone, is situated in a clearing in the heart of the Forest of Lancosme.


The chapel of Saint Sulpice.
The very red sandstone tells you the building is not in the Touraine. 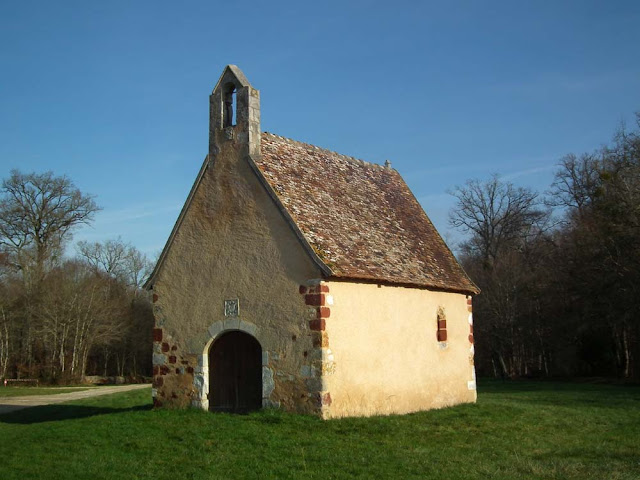 According to legend, the finest ox in a herd grazing in the clearing was noticed incessantly circling a bush. The ox didn't graze, but didn't lose condition and the grazier who owned him was intrigued. Going to the spot the young man discovered the corpse of Saint Sulpice, former Archbishop of Bourges.


A shelf fitted with spikes for votive candles,
which have deposited a heavy layer of soot on the wall. 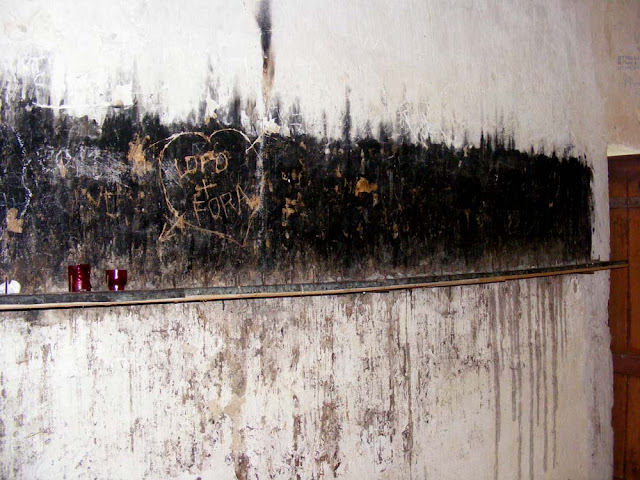 The Archbishop was interred and from the place indicated by the ox flows a spring to which was attributed the power to cure pain and convulsions in children. The first Sunday after 25 August is the traditional date for pilgrimage to the shrine and it looks to me as if it is still an active pilgrimage site. I wonder how many curistes strip off and go for the full immersion plunge in the spring? It would have been jolly tempting this summer. 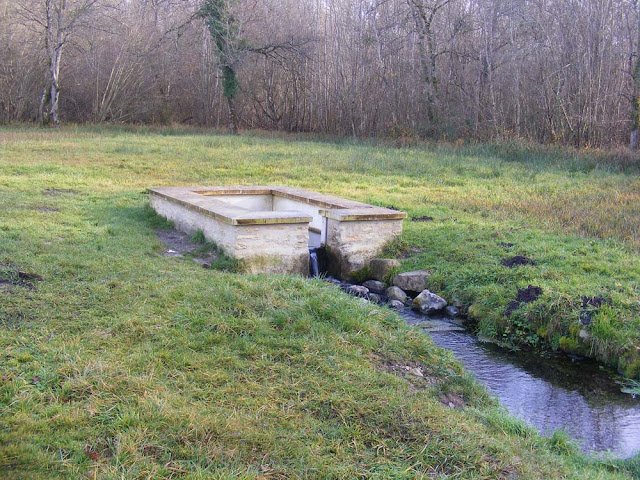 The site of this simple but lovely chapel reminds me of that of the much more elaborate one in the forest of Loches near the Chartreuse du Liget.

Exactly. That's what it reminded us of too.

Were I ever to return to a belief in God, I think I would be happiest to worship in such a simple building. I realise that places of worship need to be big enough to accommodate their congregations; however I often come out of churches and cathedrals thinking that their fabric, their interiors, and what takes place in them have more to do with satisfying human needs than with glorifying the Creator.

If there is a Creator, it in no way ressembles the one depicted in any of human religions. Human delusion gives an idea of infinity.

Such a beautiful, simple little building. It made me think of the church equivalent of Thoreau's plain cabin.

In the sense that it purports to be in the wilderness but is actually more or less in someone's backyard and always has been? :-))

Any sort of religious observance is always about satisfying human needs. Any serious god is omnipotent and omnipresent, so observance is irrelevant to it.