The Bridge of the Cast Iron Sisters 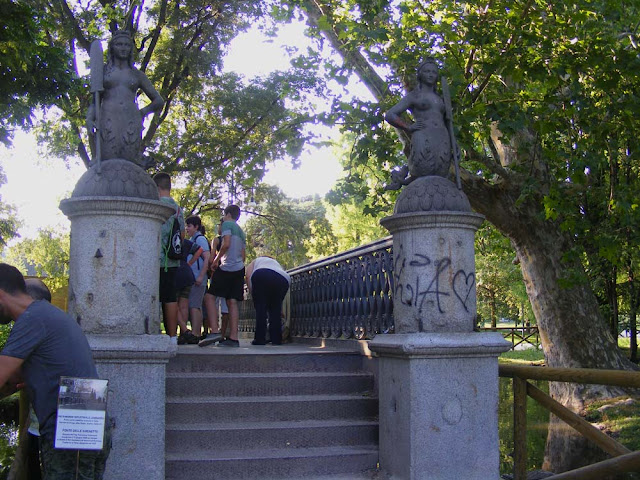 It was the first metal bridge in Italy and was originally installed over the Naviglio della Martesana, one of the canals in the Navigli district in 1842. In 1930 when the canal was filled in, the bridge was moved a couple of kilometres to its present location in the park.

The bridge is a lowered arch, with cast iron mermaids holding paddles decorating each of the four parapets. The mermaids were cast at the Rubini, Scalini, Falk and Company ironworks on Lake Como. The bridge was designed by Francesco Tettamanzi.
Posted by Susan at 09:00