Back in June I collaborated with David Armstrong, Lead Ranger from the National Trust Cotswold reserves, and his team when they came to France to research the rare Red Helleborine orchid Cephalanthera rubra. David is based at the Ebworth Centre. 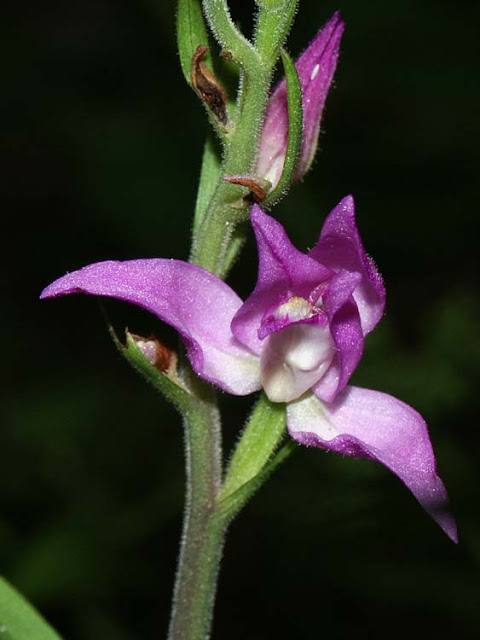 The orchid is critically endangered in England and the National Trust, Natural England and the Royal Botanic Gardens at Kew are trying to establish what the species requires to reproduce. Without this information they can't begin to propagate it from the few precious seeds the English plants produce.


Red Helleborine in the Claise Valley. 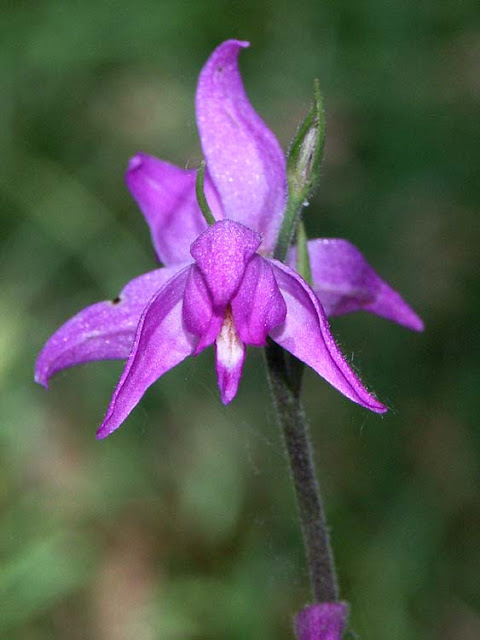 Last week he sent me the report of the team's visit to the Touraine and has given me permission to quote it on the blog. So here are his General Observations:

You can read my blog posts on the National Trust teams visit here and here.


Red Helleborine in the Claise Valley. 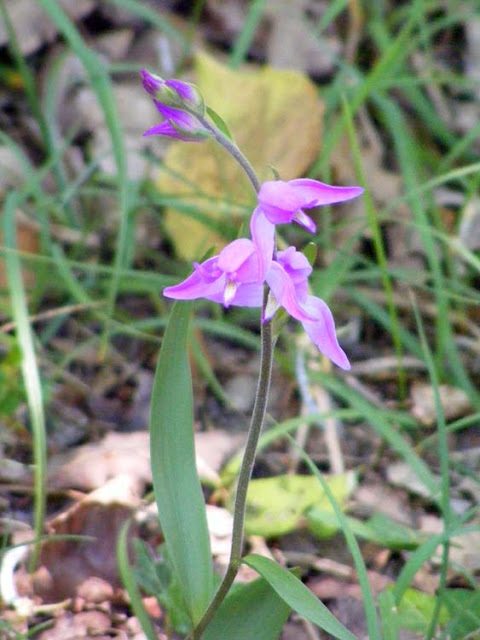 Now the project is on the move again, with Jon Kendon, from the Royal Botanic Gardens, having applied for permission to take protocorms (tiny bulbs) from the wild in the Claise Valley. Jon's job title is Lab Technician, Analytical Methods (In Vitro Biology), Comparative Plant and Fungal Biology Department. He's based at the world famous gardens at Kew, on the western edge of London. We are not very hopeful of getting permission in this case, but it might set the scene for us getting permission to collect seed in the late summer. The Red Helleborine, although rare and localised here too, probably sets thousands more viable seeds than it needs or will ever grow here, so seed collecting will probably be viewed by the authorities as a safe request. Collecting protocorms is more unusual and although I am sure they will be sympathetic to the project's desire to identify the mycorrhizal partners of the orchid in the soil, they may feel it is not appropriate to grant the request given their remit to protect the plant in France. If we do get permission to go after the protocorms, the work will be done in mid-February, so it is likely to be cold out there on the limestone slopes where the orchids grow.


Red Helleborine by the side of a track on a limestone ridge near Panzoult. 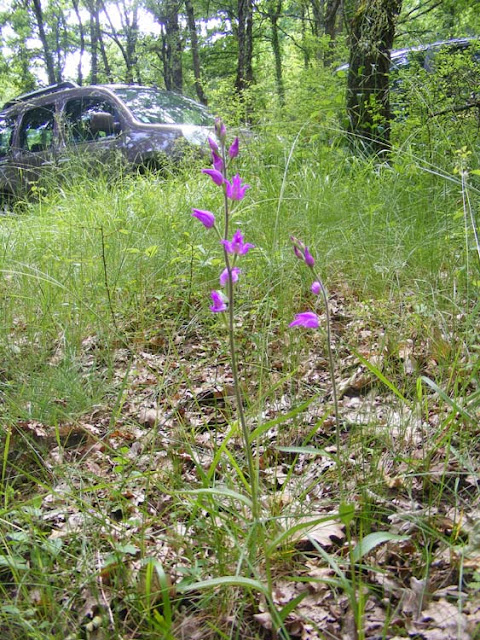 So far Kew has had very little success in propagating the species. Partly this is because the English plants don't flower well and don't produce viable seeds. But it is also because they don't know what fungal partners the orchid requires in the soil. The English plants are so few in number that they dare not take material from them. Hence the request to take samples in France, where there are several localised but thriving colonies.


Corinne takes a photo of a Red Helleborine on a botanical outing to Panzoult. 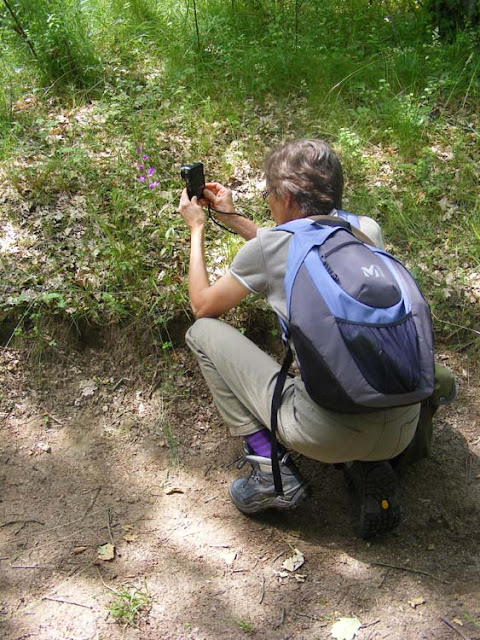 Before we take it to the wreckers we thought we would ask here if anyone wants it.


If you're thinking of buying an electric car (we were, but they're not quite ready for us) it could be worth a lot more than 100 euros: trade it in the right way and it could be worth up to 7,000€!
Simon
Posted by Susan at 09:00

"It is possible to enjoy a civilised lunch break sampling the local plat de jour within easy reach of all of these sites"....

That is SO important...
the best part of the day in fact!!

Reading that summary, you realise just how little wood there is of that nature in the UK...
the only place where I have come across it is the Cotswolds...
and in the Guildford, Dorking through to Redhill/Reigate valley anong the North Downs Way.
A very interesting summary.
Especially the last line...

As for the car, we'll give you a ring...
how much CT has it got left...
and what do you mean by "leaks electricity"...
when did you last replace the battery?
She does seem to be in better nick than poor old Gaspode...
and is she Gazole or Essence?

Forget that last question... she's a TD!
So what does she give on a tank?

Just a thought....
would they be allowed to take soil samples from near the colonies...
that might give pointers...
and if they could take enough to grow in???...
might give answers, too!

Timing is off for the car. I might need one for a few months, but not until later in the winter at earliest. Alas.

Stay in touch about the car if you want it. We now have until 4 February to make a decision about it.