Fruits and Fleeces on the Ceiling

Many of the rooms in the Castello Sforzesco have painted ceilings. This vaulted one was decorated with bunches of fruit and leaves. I have in my mind that it dates from Ludovico il Moro's time (the last years of the 15th century) but I see that one of the motifs is the Golden Fleece. He doesn't seem to have been a member of this chivalric order, so this part of the decoration at least presumably dates from slightly later, probably from when the encumbent duke was a puppet of Charles V, Holy Roman Emperor. Charles always used the 'standing ram' emblem of the Golden Fleece extensively. 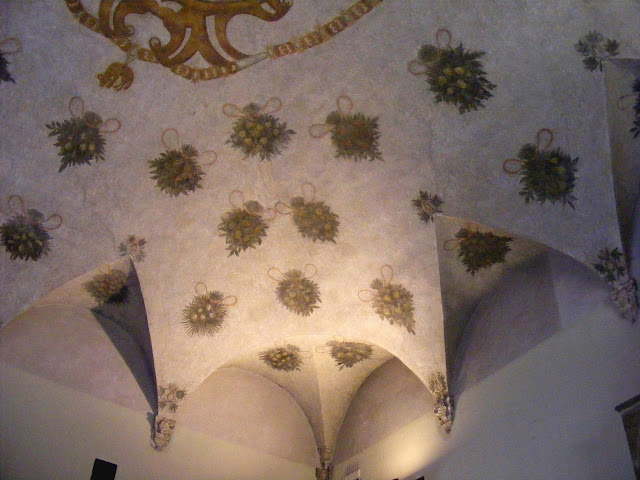 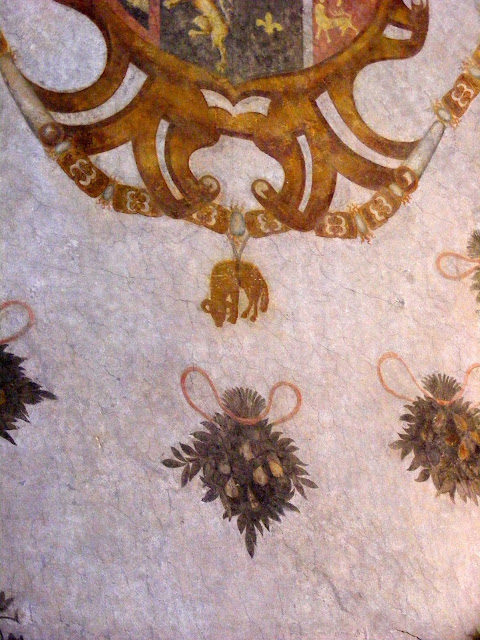 The fruits depicted will have been carefully chosen for their symbolic values. For example, the pear, which features numerous times on the ceiling, is a symbol of the Virgin Mary. At a guess I'd say it was proper fresco (ie painted originally on wet render). 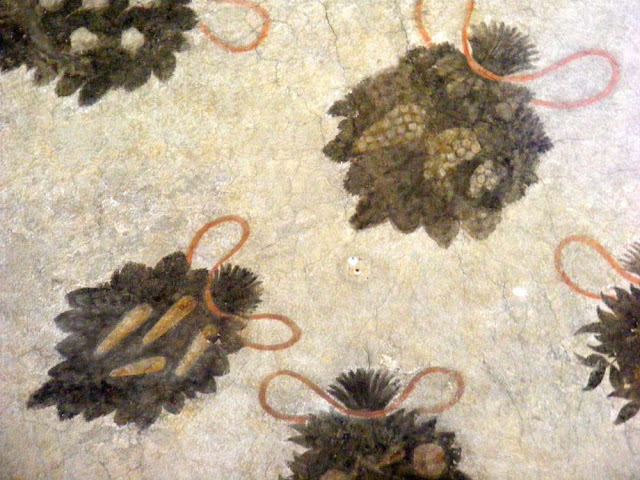 I added some chilli to some of the picadillo and turned it into natchos with some corn chips and cheese.
Posted by Susan at 09:00

The pears I bought were really nice, so if you like pears, definitely get some now.

I do love pears also, but only cooked or poached either in wine or in water with some sugar and vanilla. In the last case I reduce the liquid and use it as a sauce with rice pudding and poached pears. Yumm!

Poached is how I generally cook our homegrown pears, but we've eaten all them now.