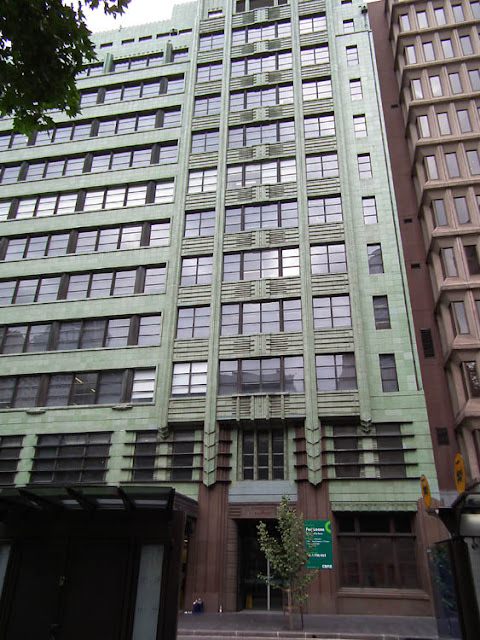 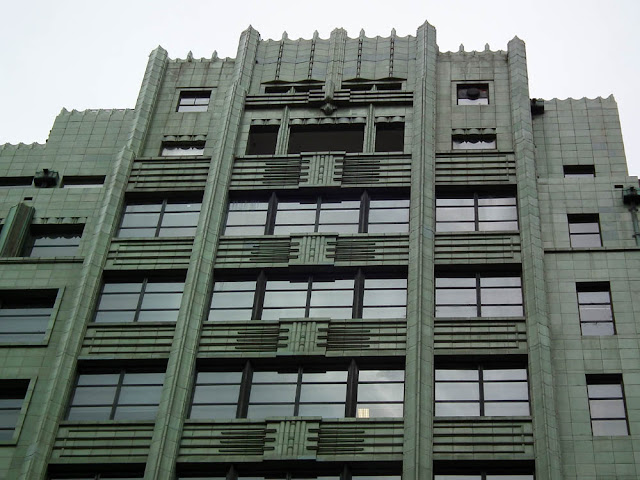 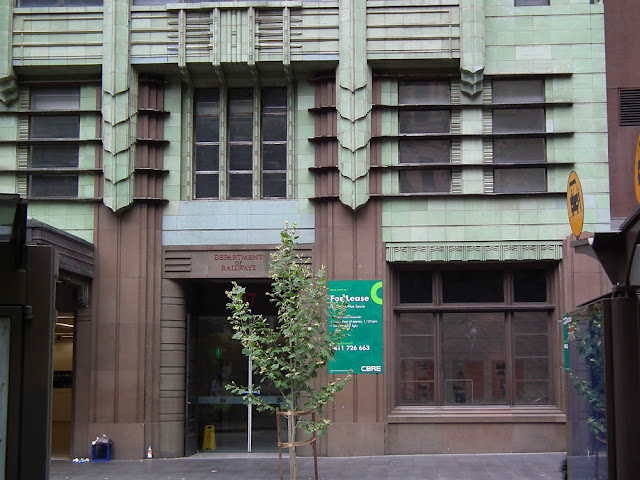 As you have no doubt guessed, Railway House was built in the 1930s. I could regurgitate a load of stuff about it that I found on the internet, but instead I'm going to suggest you read Mark Dunn's entry about the building in the Dictionary of Sydney .

The building sits on top of Wynyard station and an enormous rabbit warren of a shopping centre. I thought I was never going to find my way out after I ventured in looking for a few groceries when we stayed just round the corner in December 2012. The building is directly opposite the best known luxury hotel in Sydney, known to its friends and fans as the Ming (sadly, not where we stayed...).

Veggie burgers and salad. The burgers were based on this recipe, but I used parsnip instead of sweet potato. I recommend the Fat Free Vegan Kitchen blog if you fancy making a veggie burger. The recipes work (I've made a couple of different burgers from the site) and don't generally include weird processed  ingredients.
Posted by Susan at 09:00

That's a shame about the auberge.
It' must be hard to make a good living from a small town hotel and youngsters don't want the work I suppose.
The sad thing is that they're a part of French culture - a part that we have sampled often and with many fond memories. Once they're closed it's difficult to see how they would re-open, although it has happened in LGP, with great success.

Jean: in LGP you had got down to a couple of bars and a restaurant, but no hotel, so the new owners have a chance. In Preuilly, we still have two other hotel restaurants, so I can see why they failed to find a buyer. But overall it is very difficult for small business owners to sell up and retire. Many struggle to find buyers. It's safer to be on a salary in France and the system discourages self-employment. You have to be really determined and persistent to set up a business.