Letting the Train Take the Strain

When we left Canberra after our December 2012 visit to our families we decided to take the train to Sydney for the final part of our holiday. The train is more expensive than the bus and takes more than twice as long, but neither of us had done it before so we wanted to try the experience. The train was clean and pleasant, and the on-board catering looked excellent. We didn't try the railway meals though, as we had brought our own. Overall we enjoyed not being on the road and the usual advantages of being on the train ie  you can get up and walk around, good views of the countryside, you can eat and drink reasonably comfortably and so on. Accustomed as we are these days to fast European trains, that get you from A to B far more efficiently than driving yourself, the one thing we did find tedious was the extreme length of time the journey took relative to the distance covered.

Here are some photos taken while we were on the train: 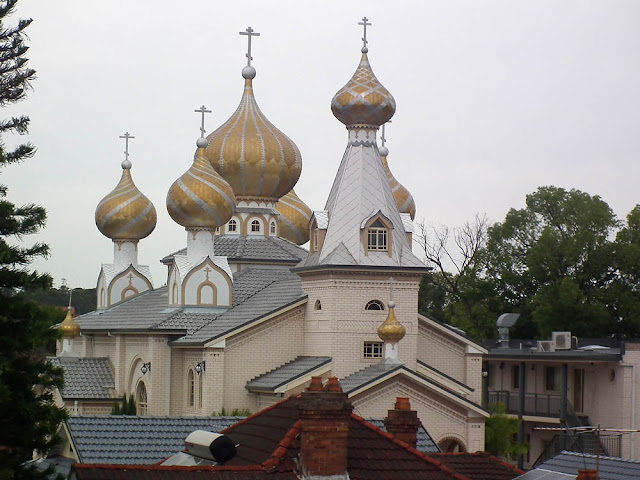 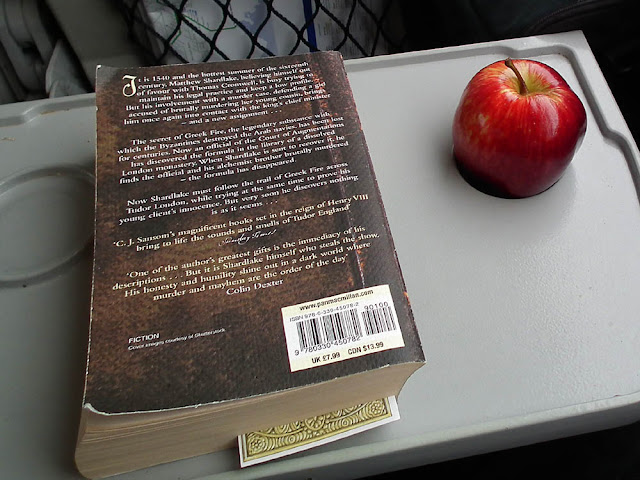 A medieval murder mystery novel loaned by Niall and Antoinette and a shiny red apple worthy of the Wicked Queen. The apple looked amazing -- and was almost totally tasteless, except for its bitter skin. Lots of juice, lots of crunch, but a complete disappointment. I think the variety was Jonalicious, but I could be wrong. 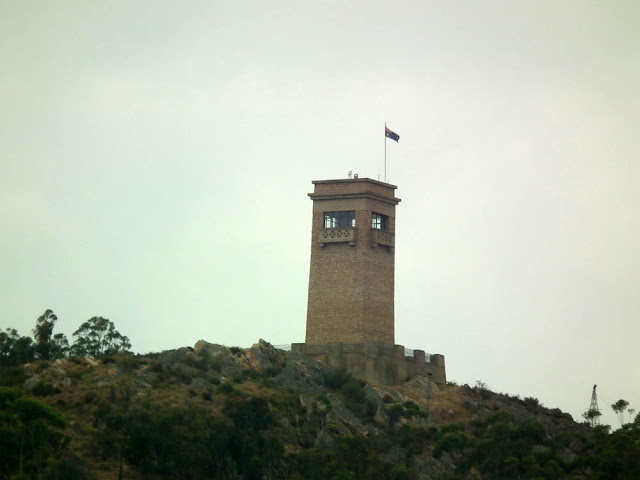 Goulburn War Memorial. Simon has a nostalgic attachment to this monument. It can be seen from the highway too, and on trips between Sydney and Canberra was a welcome sign that he was nearly home. 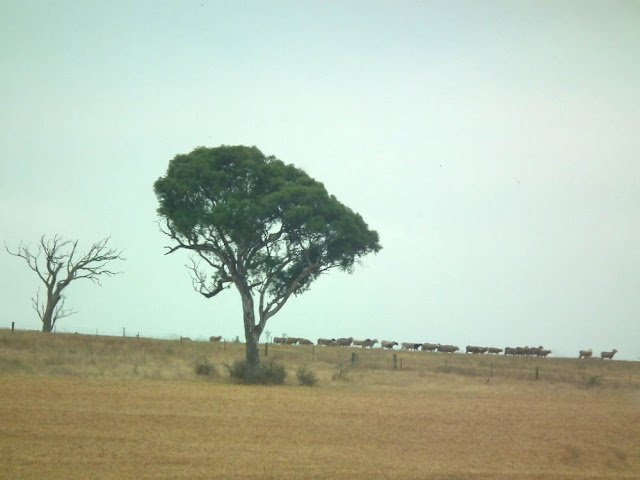 Sheep on the skyline, no doubt the Merino breed that this area is famous for. 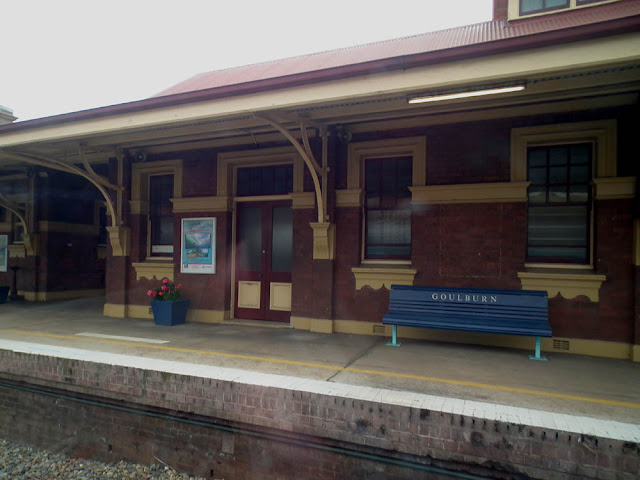 Goulburn Station. All the country stations were beautifully maintained and spotlessly clean and tidy. 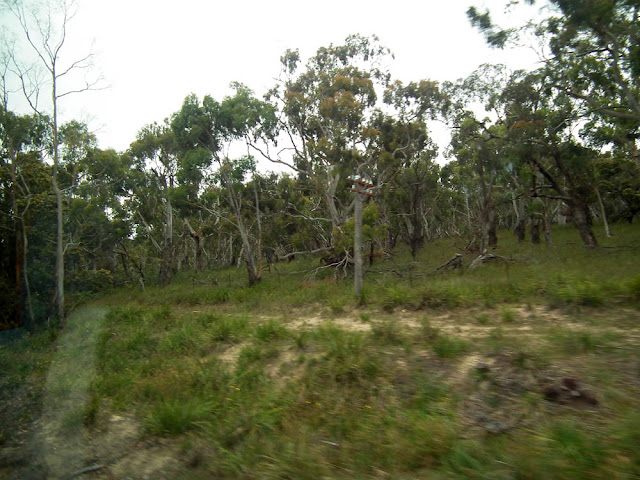 A la cuisine hier: Simon did a stir-fry with pork marinated in his homemade cherry 'plum' sauce, soy, ginger and chilli, with cabbage, carrot and onion, served with rice. Dessert was mini fruit cobblers from the freezer, made with pears from the orchard and blackberries from one of my butterfly transects.
Posted by Susan at 09:00

Actually - not quite twice as long, and I had last taken the train from Sydney in 1988, but Susan is correwct in that the difference between Australian Trains and French trains is that in Australia the speed limit on the highway next to the rail line is 110km/h and cars were passing us with ease, whereas the highway next to the TGV is limited to 130km/h and there really is no competition...

I value being "driven"... be it by bus, train or someone elses car...
as the sole driver, my journeys tend to be viewing grey tarmac, white lines and daft drivers!!

The apple does look as though it has been made of plastic...
appearance, jooce and b.all else!
why, oh why...
why do we have to buy everything through appearance?!?!?

I took the train from Sydney to Canberra many years ago with my children. It was terribly late so have never tried it again!