The House of the Centaur

Attached to the house called la Chancellerie, la Maison du Centaure is situated at 10 rue du chateau in Loches, in the protected heritage conservation area.  It is in the historic heart of the town at the foot of the chateau and the Logis royal, close to the town hall. It has been listed as a historic monument since 1927, for its facades and roofs.

La Maison du Centaure is a grand town house constructed under the reign of François I. Its architecture and rich decoration, which looks like that of the town hall's, belonging to the early Renaissance from the beginning of the 16th century. You can see particularly the same freizes and niches surmounted by scallop shells and pinnacles as well as pilasters with ornate capitals of children and lions. 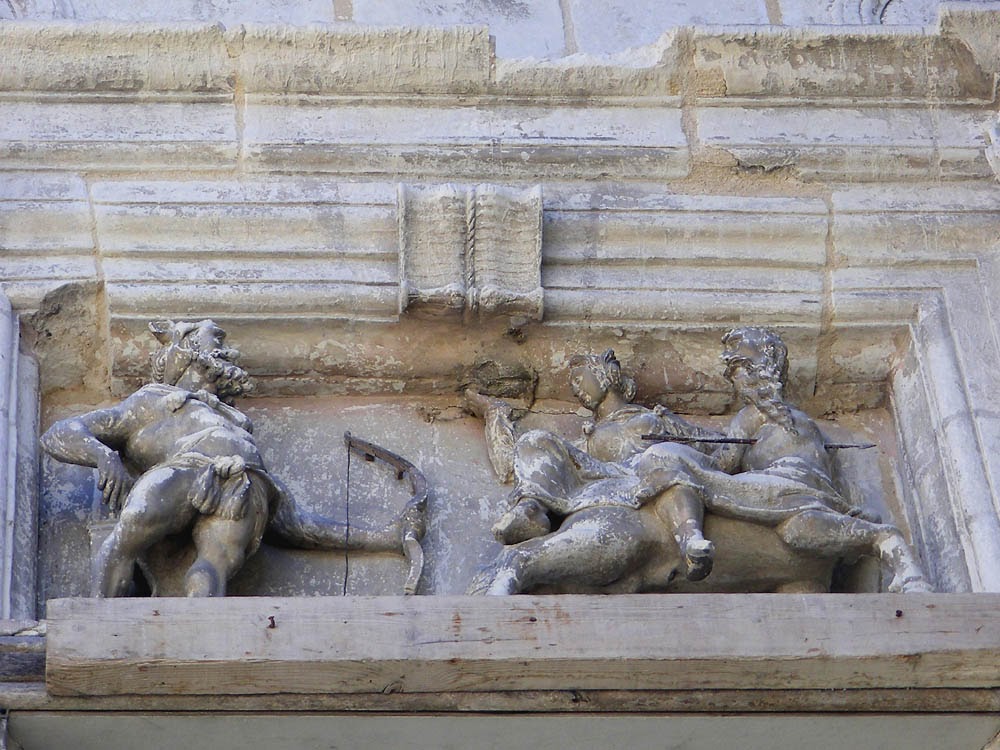 The low relief sculpture which gives its name to the house originally graced the mantelpiece of a monumental fireplace. It was placed in a former window frame on the north facade following alterations and renovations in the 19th century. It represents a mythological scene, probably taken from Ovid's Metamorphosis, indicating that the person who commissioned the building was undoubtedly cultured and educated.

Surveys have revealed the original layout and support, among other things, the reinstatement of the Renaissance bays on the facade facing the street. The restoration of the exteriors is the first stage, preceeding the general renovation of the house and its conversion into apartments. 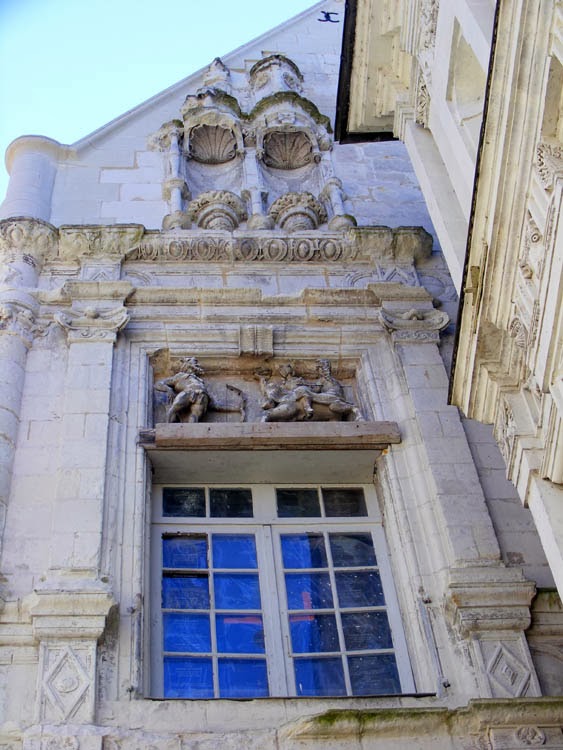 Sadly, restoration works on the exterior of the house have been temporarily halted following problems with the funding of the project. Work will recommence as soon as it is possible to do so.

The work already undertaken:
The facades facing the street have not been restored within the framework of what has been achieved so far. As a consequence there are still some conservation measures to be taken. Whilst awaiting final reinforcement of certain parts of the structure the second floor windows on the east facade facing rue du chateau are braced with struts and the pillar taking the load of one of the master beams of the upper floor is held by a yoke to prevent it buckling.

The low relief sculpture of the centaur is held in place and supported to prevent it tipping towards the interior. Ultimately, its expected reinstallation effectively means the simultaneous reinstallation of the window frame.