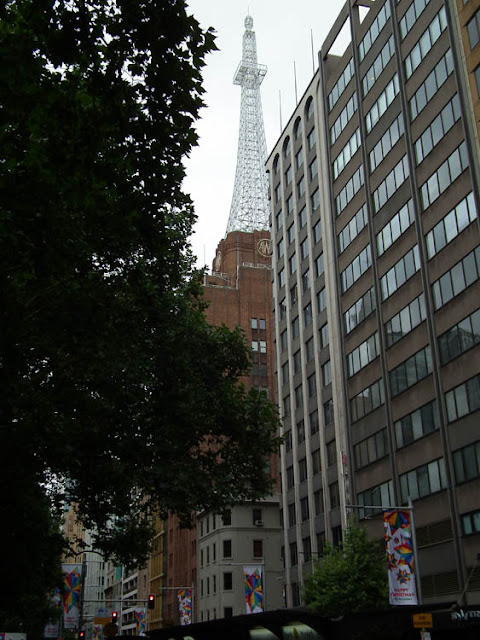 The tower atop the building was apparently based on one in Berlin, which had taken its inspiration from the Eiffel Tower. 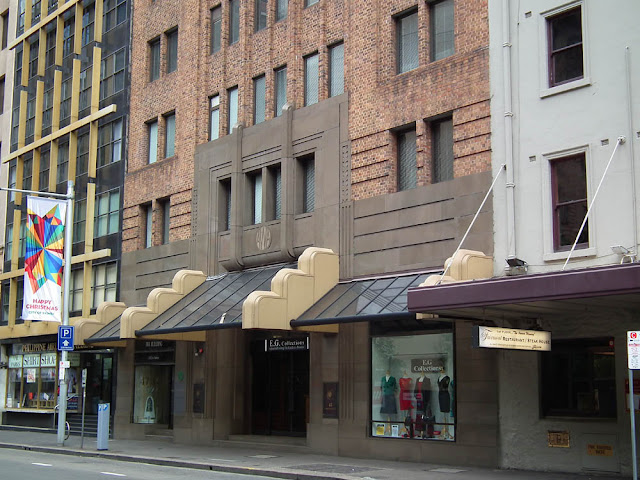 The AWA logo above the entrance stands for Amalgamated Wireless Australasia. The company both broadcast for and manufactured radios, and later televisions. 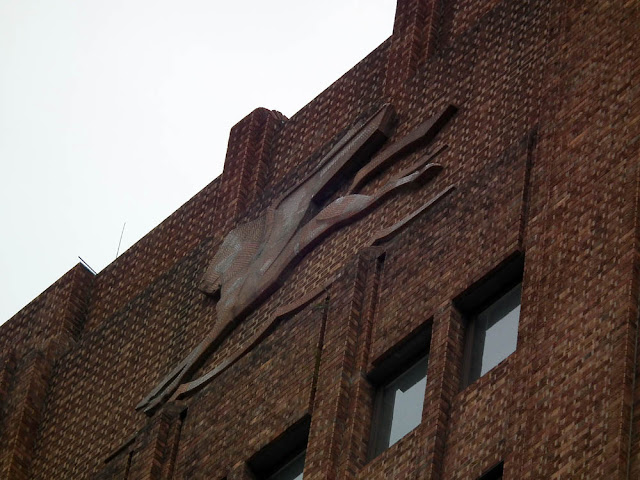 The creature at the top of the building is supposedly a Pegasus chosen by the owner as a symbol of communication. I think some wires must have crossed somewhere, as the beast is lion-headed. Pegasus is said to have created 'inspiring springs' whenever he struck his hoof on the ground, and has been widely used by businesses wishing to refer to the wonders of modern mass communication or speedy transportation.

For more information about the AWA Tower go to the entry in the Dictionary of Sydney.

Tim: He left us at 7.30 because he had another appointment, which was presumably you.

Yes, thought as much...
which is why we didn't start at seven!!

PG: He may be everywhere, but he's no freeloader.

Pauline and I know that...
eg:
we were at a bat evening at Ferriere...
he was there as both Mayor and as an interested party...
but, lots more people arrived than we think were expected ...
not enough seats...
so who was the only one vanishing backstage for more seats...
GH.
We like the man... no freeloader in our eyes, either.

Pegasus is the winged horse logo of Geelong College the school I went to and as the school motto is "Sic itur ad astra" (this is the way to the stars) I always assumed the Pegasus symbol represented achieving in life by going to the stars.

Dad: Or at least aiming for them.