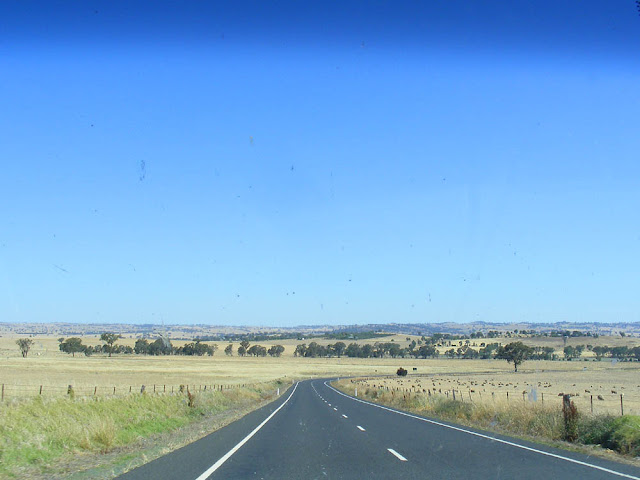 I love a sunburnt country,
A land of sweeping plains,
Of ragged mountain ranges,
Of droughts and flooding rains.
I love her far horizons,
I love her jewel-sea,
Her beauty and her terror
The wide brown land for me! 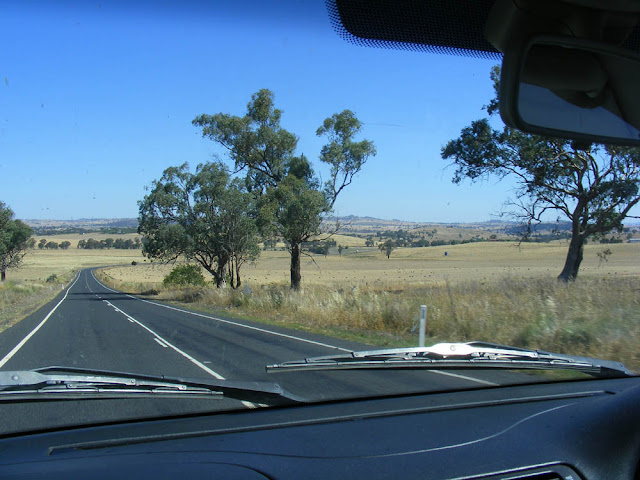 Arguably the best known stanza of Australian poetry there is. Most Australians could just about stumble through it and would certainly recognise the first four lines. Many would be able to tell you the name of the poet, Dorothea Mackellar. The full poem, called 'My Country' can be read here.  The extract above is the second verse. It was written in 1904, when she was 19 years old (which explains a lot about the style). In its sentimentality and doggerel rhythm it is very much of its time, but it still resonates powerfully with many Australians because of its simple emotional tug. 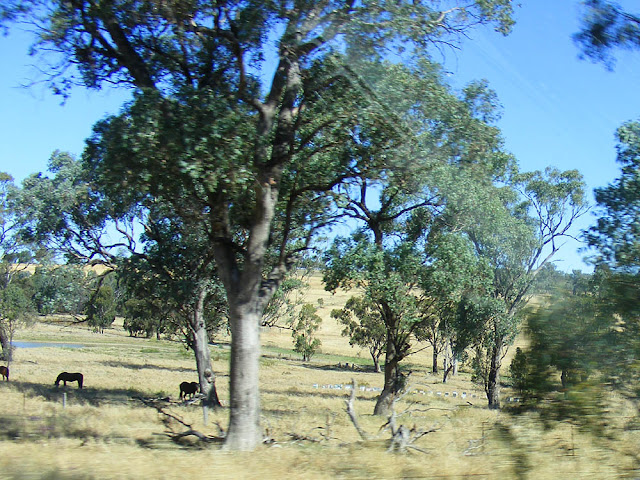 These photos were all taken from a moving vehicle on the Mitchell Highway, coming down to Cowra in central New South Wales, in December 2012. This is the sort of landscape that I think of as quintessentially Australian, but that may be because I spent my early childhood in countryside that was not dissimilar. It's sheep pasture and cereal crops on rolling hills dotted with gum trees, with mountains in the distance. 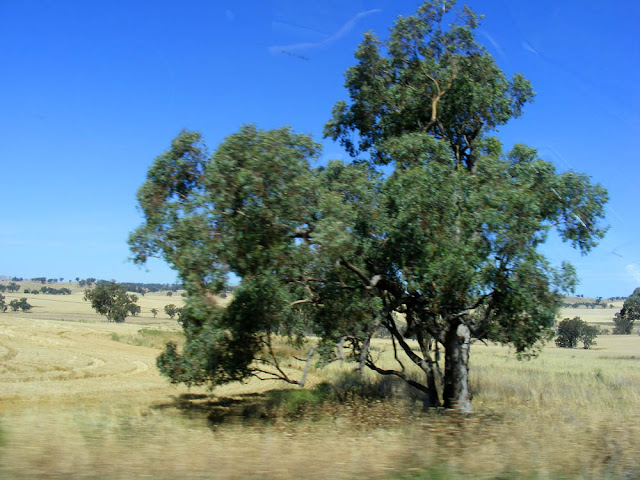 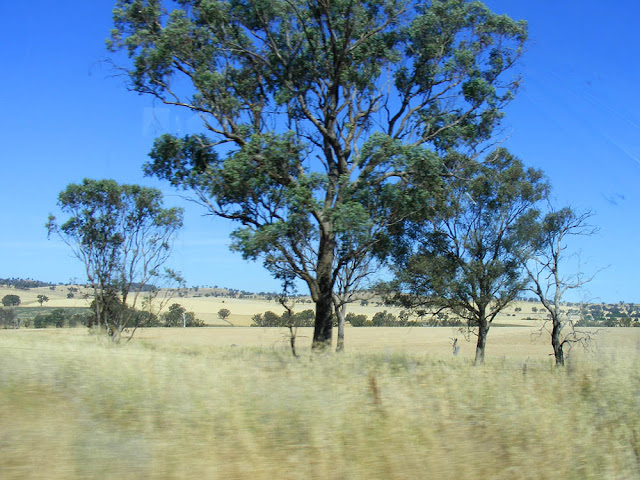 Strange...
I came across the last four of those lines in the north-east of Scotland...
Caithness, in fact...
but the last line had been altered to:
These heather'd lands for me!

I wrote it in a notebook at the time...
which is why I recognised it...
it will probably be in one of the "boxes in the barn"...
but who wrote it?
A returning ex-pat Scot who had learnt it in the Land of Oz...
or an Aussie who had fallen in love with the "Lowlands beyond the Highlands"???

Mackellar was scarred in love at age 28 liaisoned to London writer poet Patrick Chalmers, edge of WW1,(lost marriage plans in mail) Her writing became tragic & sorrowful deepening to recovery limited by lack of prof. literary nurture. Australia has always swallowed people into submission except those indigenous who abide by the natural laws.

- Poetic - A finely-crafted odyssey and masterpiece of Australian literature heralded by his peers as a rare 'impartial vision' The story of a flawed yet wonderful human being and a confrontation with aspects of an Australian psyche we do well to understand . Appropriately making major impact & recommended. His articles have been published in Le Monde.

Tim: I guess we'll never know, but it is an interesting coincidence.

Emerald: Thanks for that snippet of info. I don't know much about DMcK except that she grew up on a NSW sheep farm. I'll keep an eye out for the book.

Goodness, that took me back years!
My mother's father used to recite that - most of the poem I think having gone to the link - and, tough old so and so that he was he had a moist eye when he did.

Except for the steering wheel being on the wrong side, your pictures looks like the far north of California's central valley. I did a double take!