Today is Chinese New Year so I thought I would take the opportunity to post a couple of photos from our visit to the Great Wall in late 2012. 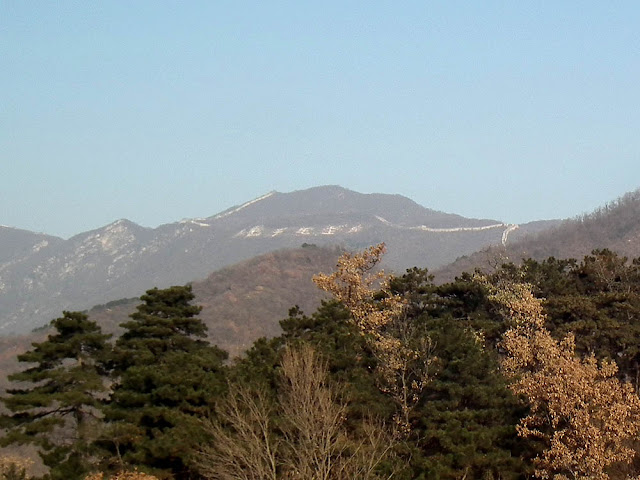 The section of wall we visited is at Mutianyu. In the distance we could see huge Chinese characters created in the landscape. Our guide told us that they were made during the Cultural Revolution and say 'Loyalty to Chairman Mao'. 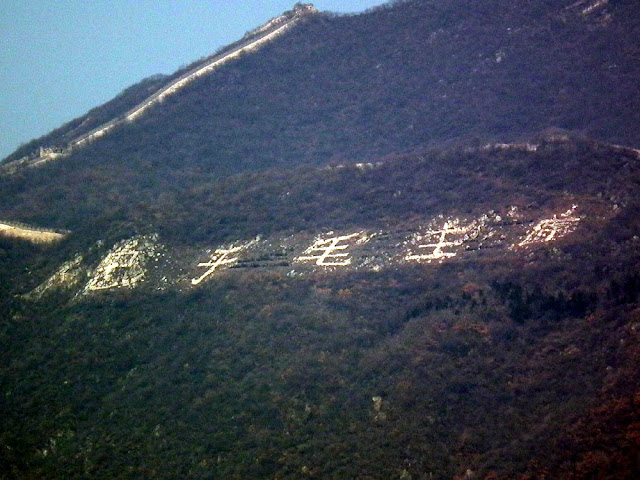 I have since found out they probably date from 1968, and were made by Red Guards from limewashed rocks. Over the years the limewash dissolved and the scrub grew up, hiding the slogan. 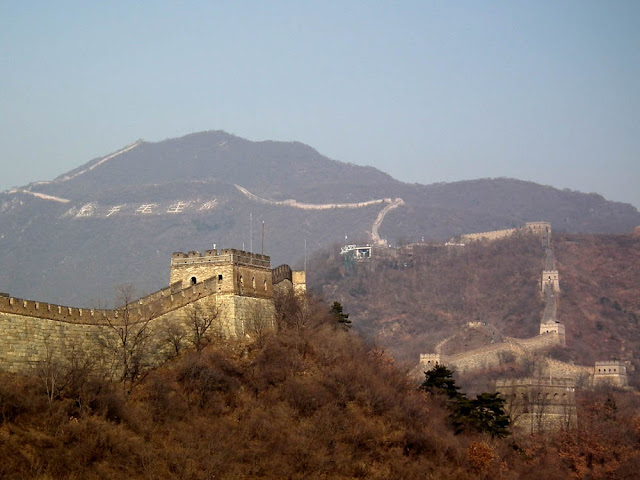 In 2009 the authorities sent a team in to clear the undergrowth and repaint the rocks, thus they are visible again.
Posted by Susan at 09:00