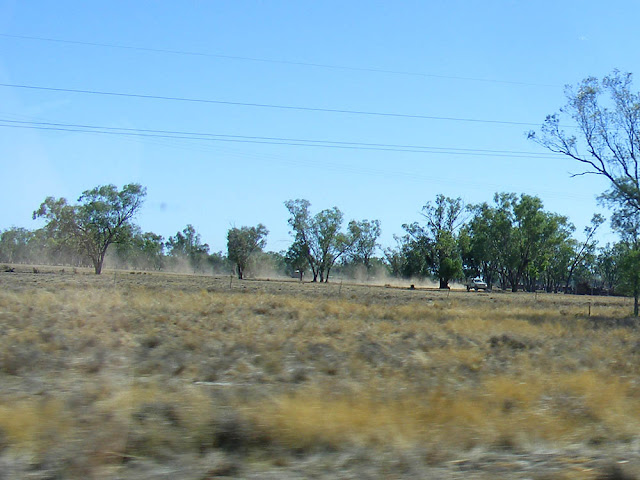 A ute leaves a pastoral property near Dirranbandi in December last year. One minute this country is covered in water, the next it's in drought. Actually, at the time we were there it was just starting to dry out. It will get much worse than this. The sensible stocking rate is about one beast per hectare here. A typical property will carry several thousand head of stock and have some cropping land as well. That gives you an indication of just how big a western Queensland farm can be.

One of Simon's principal forms of entertainment when we lived in Queensland was to ask his cow cockie mate Greg how the drought was treating him. The colourful language that ensued could go on for hours. 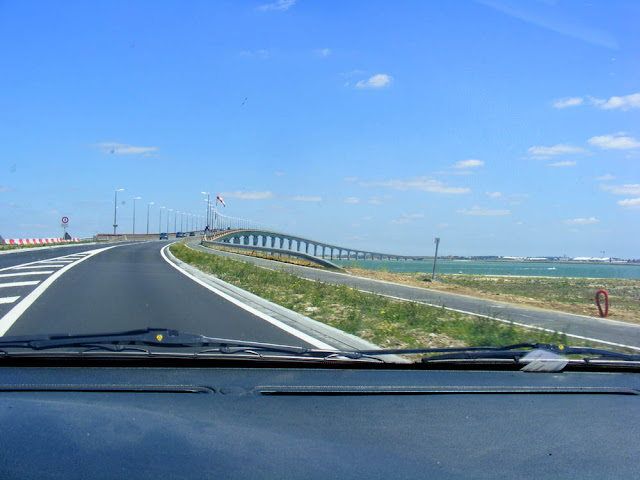 A la cuisine hier: Simon made brioche for breakfast. He feels he can improve the results with a bit of recipe tweaking, but I thought it was pretty good. We ate it with quince jelly -- a perfect combo.

Pasta with palourdes (a type of small clam). And sorry, Shirley, but I've been stuffing mushrooms again...

*************************************************
Fungi Exhibition: I popped in yesterday to the fungi exhibition put on by the Association de Botanique et de Mycologie de Sainte Maure de Touraine. It's in Les Halles, opposite the mairie, and is thoroughly worth going to see. Dozens of species of mushrooms on display and lots of information about where to find them, how to identify them and whether they are edible or toxic. If you are just getting interested in mushrooms I would highly recommend going today while you still can.
**********************************************
Lecture: I attended the lecture about Ernest-Henry Tourlet's herbier (pressed botanical specimen collection) yesterday. It was excellent, very well presented and full of information about the life of a 19th century botanist. Tourlet was a pharmacist from Chinon who amassed a vast botanical collection in the second half of the 19th century which was gifted to François Rabelais University in Tours on his death. The lecturer, Marc Rideau, oversaw the restoration of the herbier so it will survive for many decades to come and be a valuable study resource. It includes not only the sheets of pressed plants, but documents (correspondance, delivery notes, tickets, publications) that allow one to follow Tourlet's life on a day to day basis. Absolutely fascinating. The herbier has been digitised and is available online here.
Posted by Susan at 09:00

That link ought to have it's own page on "A Loire Valley Wild Life"...
I've only had a quick glimpse and it is fascinating!!
I'm surprised you didn't tag that so that people can find it later...
it would be difficult to find amongst all your Australia entries.

Interestingly... I automatically read that header in an Australian accent... can't think why!!!?

Tim: I'm hoping to write about Tourlet more fully at some stage.