Both Australia and France grow canola (known in France as colza) but the method of harvest is different in the two countries.

In France, the crop is left standing until as ripe as possible, then direct combined -- that is, taken off using a harvester with a rotating header, just like wheat or barley is. 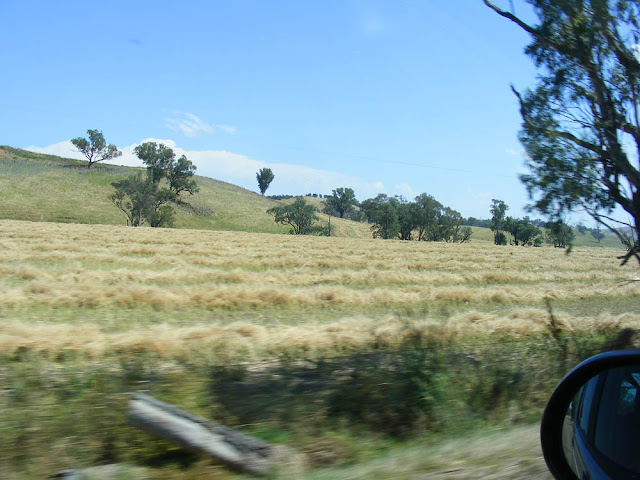 In Australia, most canola is windrowed -- that is, cut and raked into neat linear piles to dry for a few days. Then a combine havester with a special header is run over the windrows to pick up the seed.

One of the reasons Australia has opted to windrow is the canola crop is ripe at the same time as the barley. Windrowing is done just before the maximum ripeness of the canola, so the farmers can work first on the canola and then on to the barley and finally, back to the canola. Another reason it is windrowed is that the crop is vulnerable to wind damage, which causes ripe seedpods to clash against one another and shatter, loosing their seeds. Cutting the plants down early reduces this risk greatly. 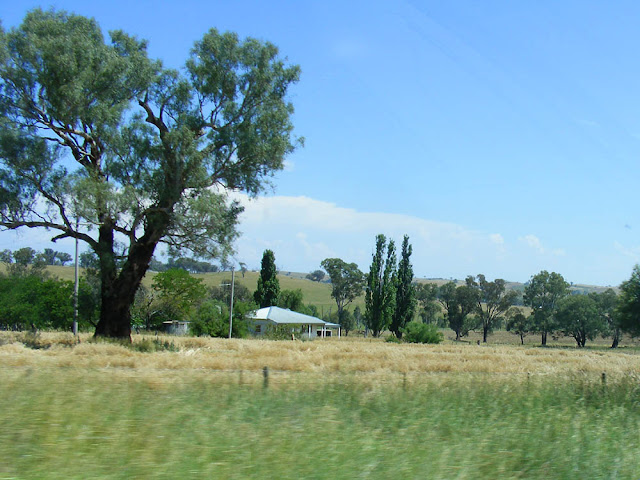 French farmers take the view that time is money and if you only have to pass over the crop once, you are saving money as well as time. They have less area to cover and therefore can manage both harvests simultaneously (or at least in quick enough succession).

The payoff seems to be higher quality but lower yield if you windrow, higher yield but lower quality if you direct combine. Neither country seems to use a defoliant to make the harvest easier as far as I can tell (this seems to be quite common practice in North America). 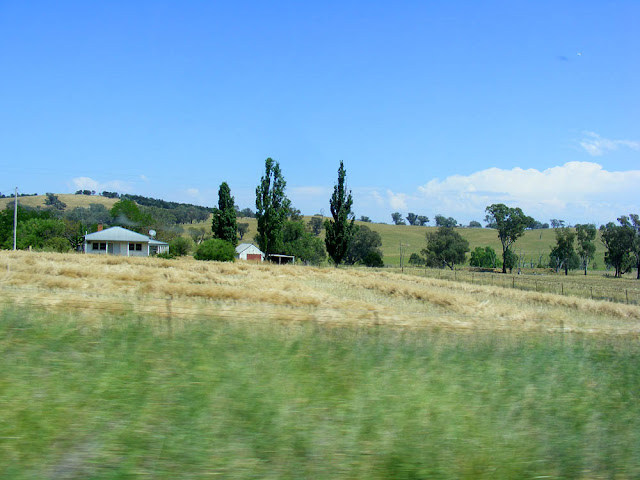 Two thirds of the French canola crop goes to make biofuels. Fifty percent of the canola exported from Australia is destined for European biofuel manufacturers. France produces 8 times as much canola as Australia (and less than half the quantity of Canada). The varieties grown in France are not GM as they are not allowed. In Australia, some states allow GM canola crops, others do not.

Part of the reason for the lower quantities grown in Australia is that, although canola is fairly tough, it is really a cool climate plant. It is the major oilseed grown in Australia, but it is impossible to find out exactly how much is grown there, as the figures are always combined with cotton seed. The canola industry in Australia is curiously secretive.

Even in France canola production varies wildly from one year to the next depending on weather conditions, and even in France, even with the current focus on biofuels, only 1.5 million hectares are planted with canola (compare this to the 9 million hectares planted of the much higher yielding wheat). Farmers here will get anything from 3 to 5 tonnes a hectare of canola. Australia manages 1.3 - 4 tonnes per hectare and probably plants about a million hectares annually. 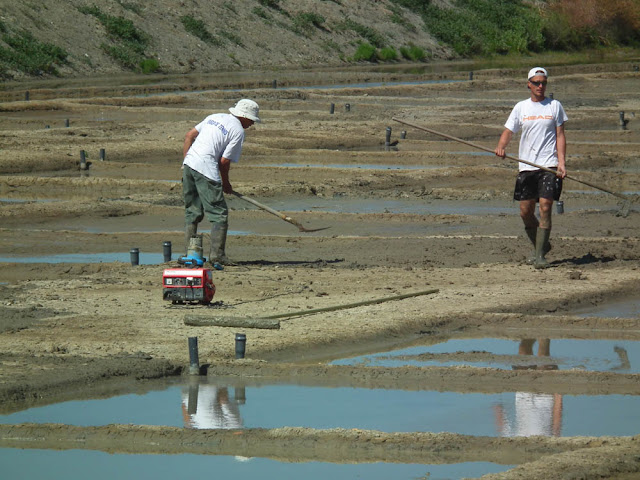 A la cuisine hier: 750 ml of quince juice is macerating with an equal quantity of sugar in preparation for making jelly. The cooked remains of the quinces have been frozen so I can mill them and make dulce de membrillo at some later date.

Slow roasted vegetables -- wedges of tomato, baby aubergine, round zucchini (courgette ronde), baby butternut pumpkin, beetroot, barbecued peppers (capsicum), coated with a little olive oil, sprinkled with salt, a pinch of sugar and 5 pepper spice mix, sprigs of thyme tucked in before cooking in the oven spread out on a big tray for 3 hours at 150°C.

The liqueur de noix and the vin de noix have been filtered and decanted into their bottles. The green walnuts, vanilla, lemon peel and spices have done their job and the flavour is now in the liquid. To my surprise both are perfectly drinkable now. My last lot of liqueur took 3 years to mature into genuinely good drinking, although it was useable as an ice cream topping and such like long before. It may have the unfortunate appearance of slurry, but this vodka based infusion is far better than the wine and vermouth based mixture called vin de noix. It is complex, aromatic and richly luscious with a slightly thick mouth feel. The vin de noix, which I made for the first time this year, is a beautiful mahogany colour, but it is a bit thin tasting and slightly too sweet. As is the way of these things, I was only able to make 500 ml of the liqueur but I have 1.5 litres of the vin.
Posted by Susan at 09:00

Very interesting about the Rape harvests...
but locally in the Aigronne Valley and up towards Loches...
Pauline and I have noticed less Rape and more & more Sorgum and Millet being grown...
and is left standing a lot longer on the tougher stems
We think it is going directly for feed...
when harvested it vanishes off up to the farms and not past us!
And there is more Maize grown here for silage or feed now...
planted late and harvested green.

And then there is the organic farm over at BeastlyChateau, the Jouberts...
all their rape goes for biofuel...
their own!
Pressed and converted in house, the pellets of crushed seed go directly into their goats' feed.
The goats' whey goes directly to their pigs... and what the pigs produce goes into their converter... wundaful!!

Tim: this year an exceptional amount of sorghum and millet has been grown. We think it is because the summer crop was planted so late due to the weather and many farmers banked on it being a dry late summer and planted these crops because they thrive in the dry and mature late. The same probably applies to the silaging of maize. Canola is a cold weather, winter/spring crop, so in a different part of the cycle.

PS a lot of the canola crop failed this year because of the weather -- another reason you will have noticed less.

Susan... it is not just this year... it has been increasing year on year for the last five!

Hmmm. Dunno about that. Some years I haven't seen any sorghum and the amount of millet varies a lot from year to year.

I'm mainly talking about this valley and the road over to Chaumussay from here...
All that area is either meat or milk or goat and they seem to be mixing their own meal...
we've seen far less of the big red "Waiting for Godot" bulk feed wagon...
used to be a twice weekly occurence...
now it is less than once a month.
But...
there is a new producer at Ré and the "goatery" halfway between us and Mill Number Nine [aka. Moulin Neuf]...
M.Salais at Grandmont has doubled his herd of milkers and there is a new, huge concern at La Jarrie...
so I've the feeling that they've invested in some of the same feed mixing equipment that the Beastly Chateau pig farm and Fromagerie Maurice have.... all computer controlled.

The Godot truck is probably now going only to La Borde... their auto-milker unit needs feed pellets that can be delivered by the machine.