When my friends Rick and Helen were in Preuilly sur Claise, Rick was amazed by how much hay a small field can produce. In Australia during a drought hay is a very expensive commodity - as anyone who has owned a horse can attest.

So just for Rick a photo of some hay, now that the crop is in and under wraps.

This haystack was photographed near Chambon; 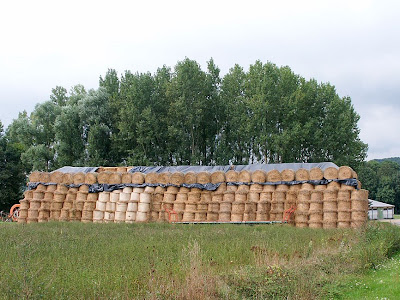 This is not, however the largest haystack in the area - and I am guessing that neither of the following (on one farm on the road between Preuilly and la Roche Posay) are the largest in the area, either. 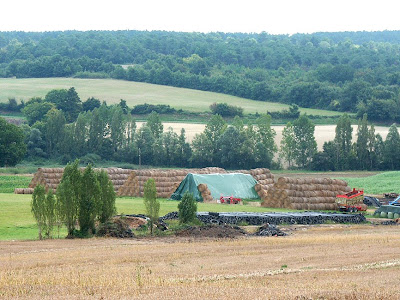 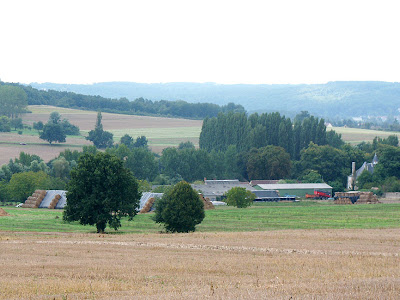