No, really, this is about amphibians...

There are 13 species of frogs and toads that may be seen around Preuilly, but really you are only likely to see one species of toad, one species of tree frog and the green frog group which is made up of two species and their hybrid the Edible Frog. 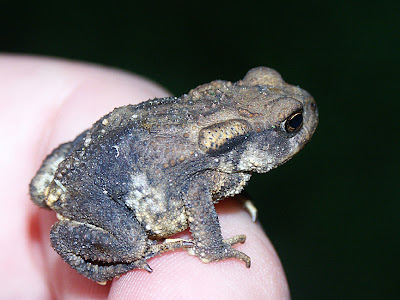 This little guy is a male Common Toad (Crapaud commun) Bufo bufo. He was photographed in September on the banks of the Creuse, below the walls of the Château de la Guerche. Note his dry warty skin. 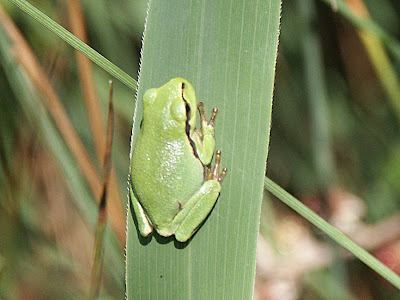 This equally cute little chap is a Common Tree Frog (Rainette verte) Hyla arborea, photographed in the Réserve Naturelle de la Chérine in the Brenne in July. Note the smooth waxy looking skin, the sticky finger pads and the dark stripe extending all the way down the flank.

The following three photographs are of frogs in the Green Frog group. They are virtually impossible to separate to species level with certainty in the field, so most naturalists take the easy way out and simply refer to the group name. These are the frogs you will see and hear in every body of water from ditches to ponds to slow moving rivers. 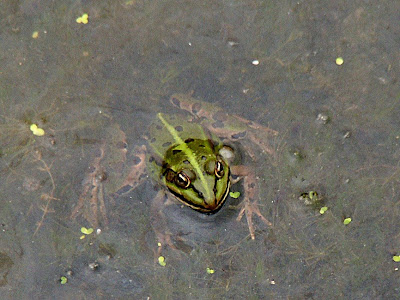 This one is of the type regarded as the Pool Frog (Grenouille de Lessona) Pelophylax lessonae. It was photographed in the pool at the entrance to the visitor centre at the Réserve Naturelle de la Chérine. Note its bright green colour and clearly defined markings. 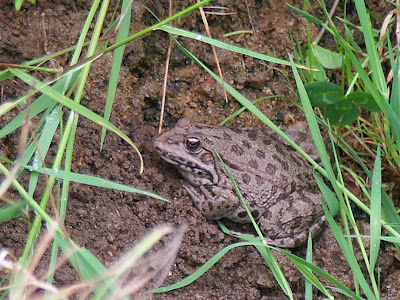 This one is of the type regarded as the Marsh Frog (Grenouille rieuse) Pelophylax ridibundus, photographed in the Charente in May. Note its duller brown colour and relatively large size. 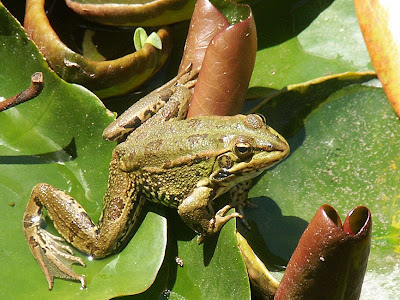 Finally, this one is a rather dull green in colour, with less contrasting markings. It conforms to the type regarded as Edible Frogs (Grenouille verte) Pelophylax kl. esculentus , the hybrid produced by the interbreeding of Pool and Marsh Frogs, and displaying a blend of the two species characteristics. The hybrids can also interbreed and breed with either of the species, so you get a vast number of variations in size, colour, pattern and call. This one was photographed in May in the pool in the arboretum garden in Loches.

There is a good website for French species called Reptiles & Amphibiens de France (in French or English, with distribution maps, full descriptions and photos, includes snakes and lizards, frogs and toads, newts and salamanders and tortoises).

Email ThisBlogThis!Share to TwitterShare to FacebookShare to Pinterest
Labels: la Guerche, Loches and area, nature and wildlife, the Brenne