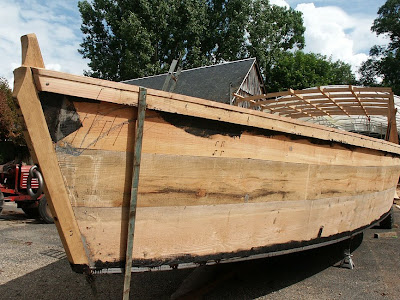 Up until the early 20th century, the rivers in the Loire Valley were an important link in the transport system, and there are many styles of boats unique to the area, often adapted to transporting quite specific cargoes. 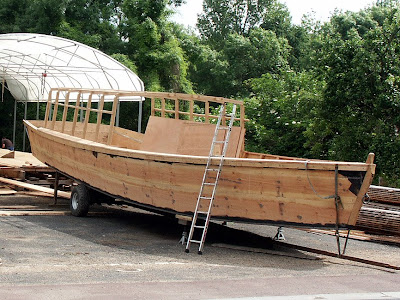 One type of riverboat that you can still see are the small flat bottomed punts called barques. You can hire them in quite a few places and there are still a few workshops in the area making these boats in the traditional way. On the day Simon was passing this boatyard though, they were making a somewhat bigger river boat, probably to take small groups of tourists on short day cruises.

Although, given the seemingly never-ending poor weather, I did wonder if God had had a quiet word in the boat builder's ear...