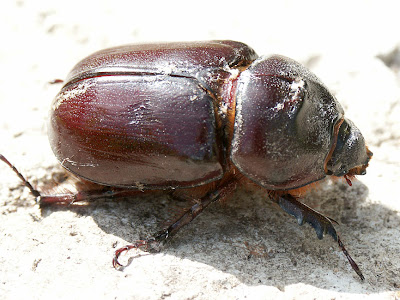 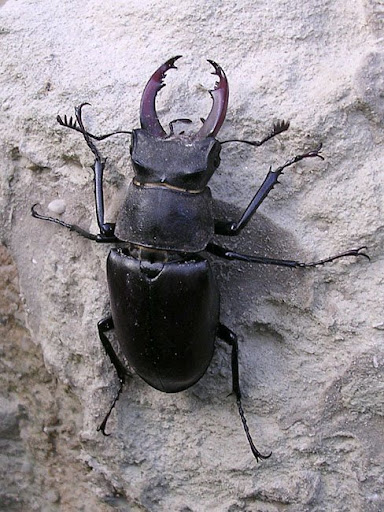 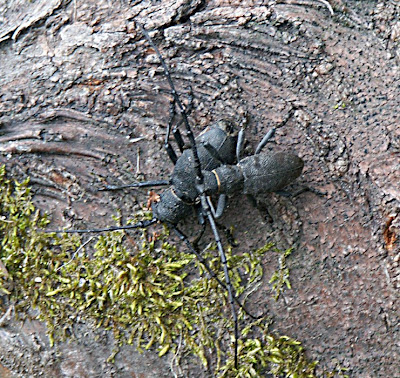 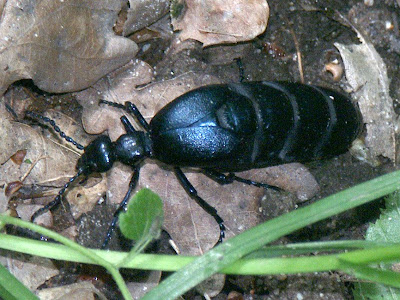 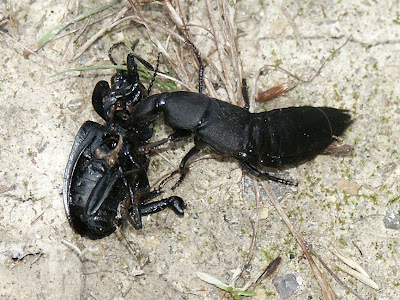 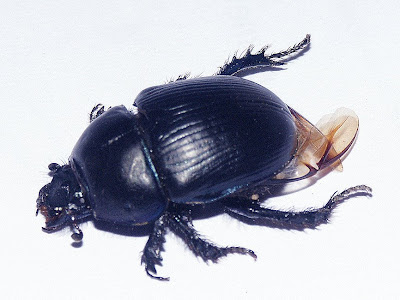 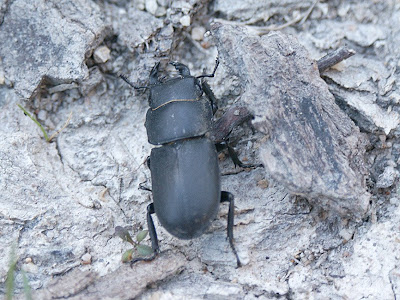 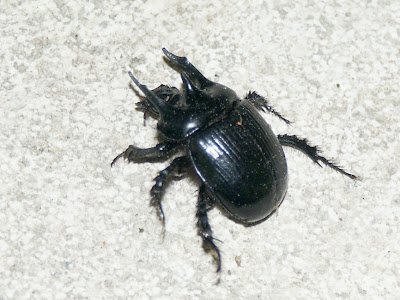 I think I've seen the stag beetle around our place, here in the Touraine. They're quite amazing, n'est ce pas?

Walt - yes you should get Stag Beetles where you are. Now you need to keep an eye out for all the other species and check them off. :-)

Thanks for your nice site. A large Weaver Beetle flew through an open window into our house in Gigondas just a couple of evenings ago - quite scary as we'd just been watching Alien! Maybe he/she wanted to watch as well!

I live in Harbertonford in Devon England. I have just been into my garden and seen a Violet Oil Beetle, are they common in England as I have never seen one before?

Gina: VOBs are the most common of the 4 remaining species of oil beetle in Britain, but all are in decline and several species are rare and threatened. At the moment, Buglife have a campaign to find out exactly how abundant they are and where they are, so please take the time to join the Buglife Oil Beetle Hunt and send them details of your sighting: http://www.buglife.org.uk/getinvolved/surveys/Oil+Beetle+Hunt.

Thanks, I have now identified thanks to youre pictures, a longhorn. Found it in the tete valley. South of France.

Andrew: Glad to have helped. Longhorns are always a nice find.

Just saw a VOB this week in Cornwall, near Fowey. Also a Tawney Bee, no doubt the prey this predator relies upon.

Anon: Excellent. They do parasitise mining bees, so TMBs could be a target.

Sitting enjoying some wine and a cigarette when I was hit on the chest by a fist sized black beast of a flying beetle, it scared the trousers off me, I think it was a stag beetle or possibly a winged brick from the south of France.

Tim: OK, will try to make an entry for them in the next week or so.

Without a photo or a fuller description I'm afraid I can't help. You can email me a photo. My address is on my profile (click on right side bar). You could also try the French entomology online forum Le Monde des Insectes, which is extremely good.

Hi,we saw two males, Morimus Asper on the wall of our gite just recently, we are staying in Bordeaux. Absolutely long antenna.

I saw a huge stag beetle(?) this evening in central France Loire valley. Are these creatures at all dangerous/likely to bite?

No they are not dangerous, and unlikely to bite. I suppose they could deliver a nip if they felt threatened, but I've never heard of anyone being bitten by one.