The House With the Bell 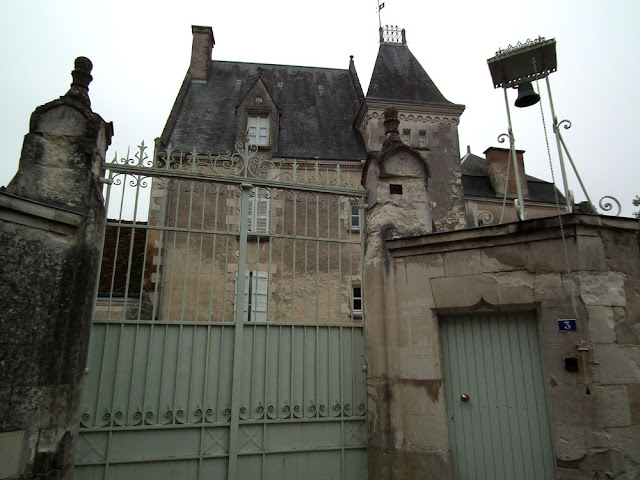 This house with its rather extreme doorbell is in a side street just off the market place in Mézières-en-Brenne. Other than that I can't tell you anything else about it. I don't know who built it or when, or who lives in it now. At a guess I'd say it is a late 15th century house that was enlarged in the 17th century, restored in the late 19th century and again in the late 20th century. I'd love to know who JN was (or NJ, or maybe N&J). 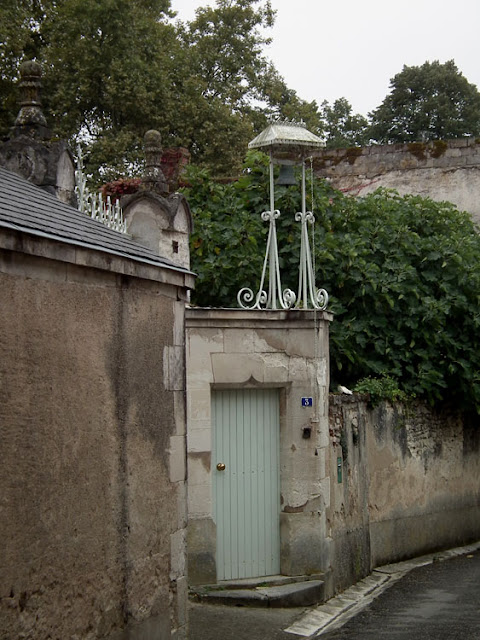 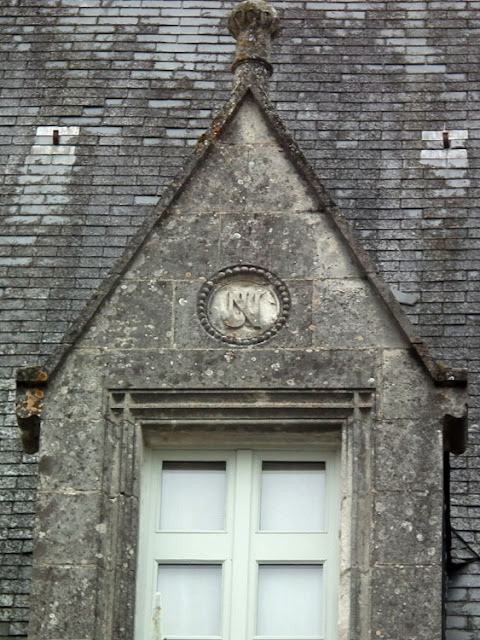 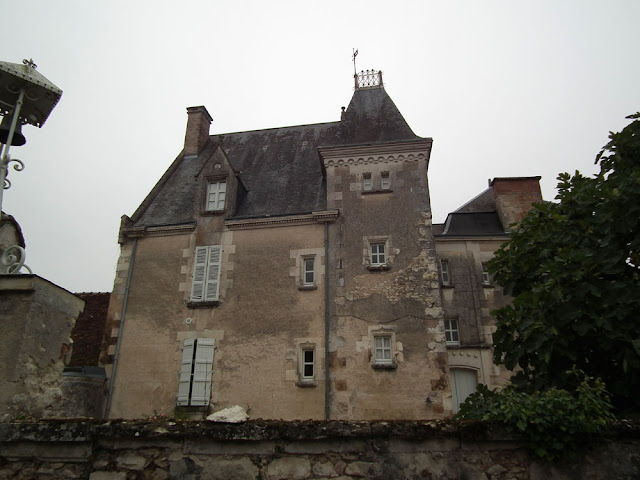 A la cuisine hier: Split Pea Soup and savoury biscotti from the freezer. I thought the combination of the dry walnut, parmesan cheese and rosemary biscotti with the salty grainy soup was excellent. Simon wasn't so convinced, but I am definitely making these biscotti again, with hard dry goats cheese. I reckon that will work very well. The recipe is from Sally Schneider's 'A New Way to Cook', a book I bought when it was released and have loved ever since.

Chicken thighs with salt and Asian spices rub, oven roasted, along with diced potato and celeriac. Served with steamed broccoli. Followed by icecream and salted butter caramel sauce from the supermarket.

Weather Report: It's properly cold, with thick white frost on lawns, roofs and cars until lunchtime yesterday. It's been getting colder over the past few days, with heavier and heavier frost. Of course, the compensation is clear blue skies and bright sunshine during the day, and fantastic night skies if you are hardy enough.

Rather creepy house...I'd expect Boris Karloff to answer the door.
That biscotti with pea soup sounds delicious. Come on, Simon!
Going to cast another vote.

It didn't strike me at the time as creepy, but I guess with that tower and the high walls it could look a bit sinister.

Might it have been (or is still?) a house for some religious order? That might explain the combination of seclusion and such a big bell.

There is no sign on the gate indicating its current occupation, although I think there is a sign on the house itself which might indicate there is a business run from there. The convent idea is good, but I think the monogram doesn't fit with that theory.