In the north of the département of Cher, between the vines of Sancerre and Menetou-Salon in the commune of Neuvy-Deux-Clochers sits the Vesvre Tower. Vesvre grew in importance in the Middle Ages because it was on the route between Bourges and Sancerre. A massive fortified rectangular house with thick masonry walls was built in the middle of the 12th century by Hugues II de Vesvres on the vestiges of an earlier aristocratic home which dated from the 11th century or even earlier (maybe the 9th century). Along side the tower is a complex of buildings and earth works, including the much older original motte and the farm and farmyard from the 13th century (remodelled in the 16th century). Archaeological studies have revealed a system of defensive ditches, hedges and palisades. The buildings became the property of the local commune in 1973, since when the site has had extensive renovation and archaeological work undertaken. 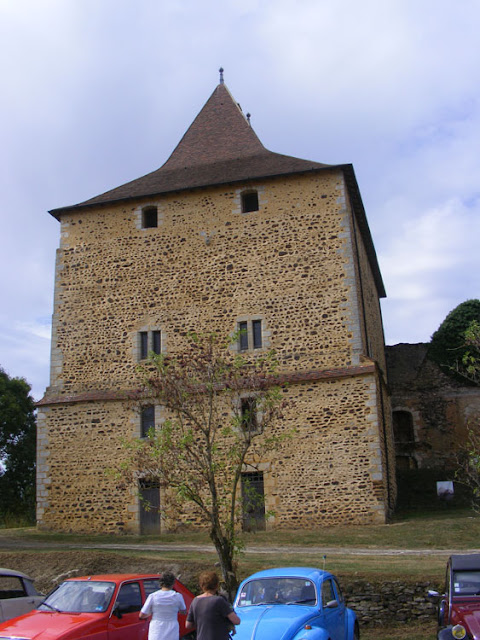 The fortified house was built on a square platform surrounded by a moat and defended by a lookout tower at each corner of the mound. The building has been much altered and remodelled over the centuries and only took on its current appearance in the 17th century. At the end of the 15th century Renaissance style lodgings were added to the west, but they are now in ruins. To the north there are the vestiges of other buildings from this period, but what their purpose was is now difficult to interpret.


Dovecote and barn of the fortified farm of Vesvre. 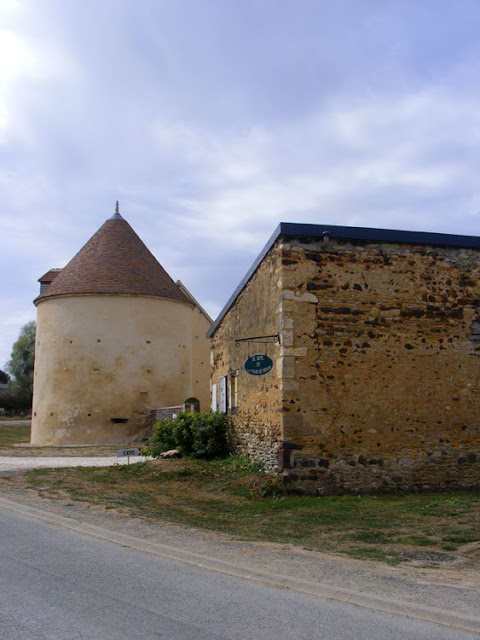 The existing buildings of the fortified farm are estimated to be no earlier than 1500, but the archaeological digs prove that the farm had been fortified in the 13th century. Both the dovecote and the outer barn wall form part of the fortifications. Originally there was a drawbridge between the farm and the tower house platform. There is documentary evidence of a chapel here too, which has now completely disappeared. It would explain the otherwise mysterious origin of the name of the nearby village, Neuvy-Deux-Clochers. The village only has one church ie only one belfry, not two, yet 'Deux-Clochers' means 'two belfries'.

Anyway, it's a jolly impressive tower house, and with its red sandstone blocks, clearly Berrichonne rather than Tourangelle. It is open to the public and I could have gone in, but my friends and I had an appointment with the cheese producer across the road.