On the last fungi foray I went on we found a number of crust fungi. They are quite quirky so I thought I'd present them on the blog. 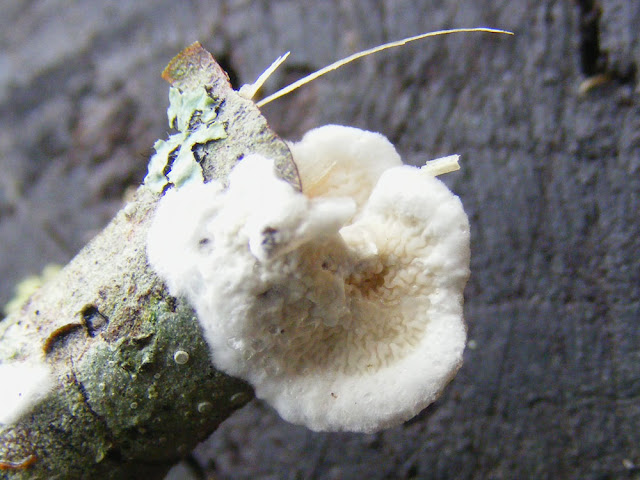 This pretty crust fungus is apparently found worldwide. The genus name 'byssomerulius' refers to its appearance resembling folds of fine silk. The specific name 'corium' means 'hide' and refers to the way it forms a skinlike covering on its host twig before forming small brackets.  The underside is covered in meandering ridges and holds the spores, the upperside is downy white. It is one of a group of fungi known as 'white rot'. This is not an edible fungus -- not because it is toxic, but because it is so leathery. 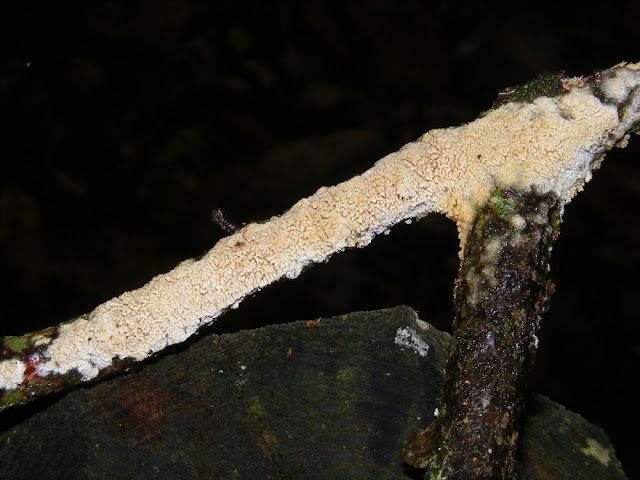 Thanks to Jean-Pierre Lafont for identifying this for me. This is another of the fungi known as 'white rot'. Apparently it's a very common species, but I've never encountered it before. It occurs in Europe and Africa. Both this species and the previous one are referred to by mycologists in their descriptions as 'resupinate' (which means upside down). It has angular, maze-like pores on the upper surface, rather than underneath like most fungi. 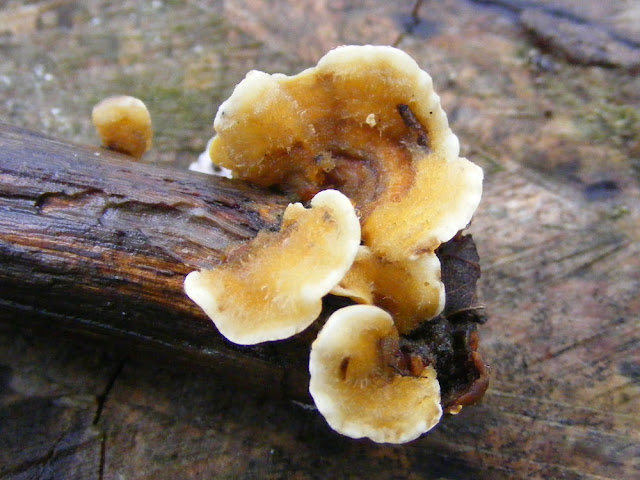 Hairy Curtain Crust can vary quite a lot in colour. Like the Netted Crust above it is found all over the world. The genus name 'stereum' means 'tough', because they are so difficult to tear. The specific name 'hirsutum' means 'hairy' and when you look at them they are distinctly hirsute on their upper side.