The Biggest Organism in the World

Common Honey Fungus Armillaria mellea (Fr. Armillaire odeur de miel), shown in the photo below, is all over the forests, parks and gardens here, but can't rival its humungous American cousin. 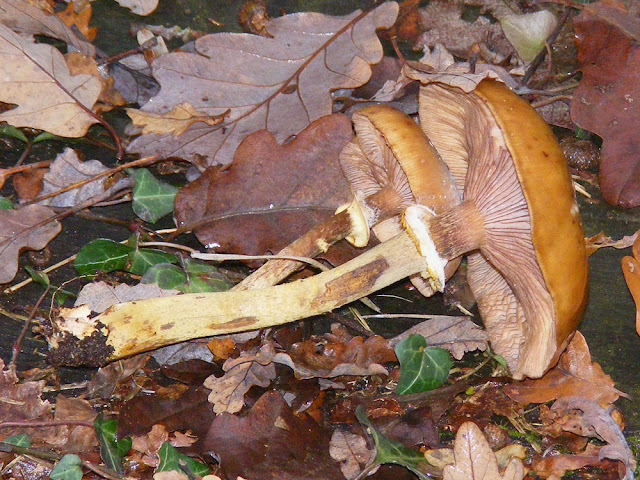 Well probably. It is widely believed that a colony of Dark Honey Fungus Armillaria solidipes (syn. Armillaria ostoyae) (Fr. Armillaire à squames foncées) in the United States is the largest living organism in the world.  It's been nicknamed the Humungous Fungus, is somewhere between 1900 and 8650 years old, extends over 9.6 square kilometres, and may weigh as much as 550 tonnes. If the fungus is all one organism, which seems likely based on DNA tests, it is the largest by area, and possibly by biomass.


Dark Honey Fungus growing in a ditch in the Forest of Preuilly. 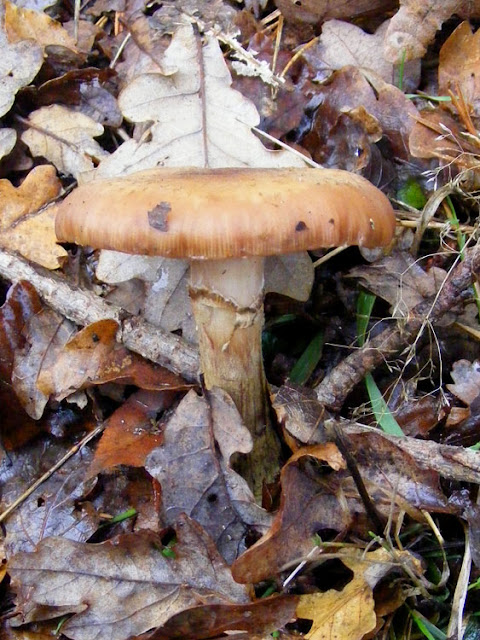 On the last fungi foray to the Forest of Preuilly, at the end of the outing I crossed the ditch around the carpark and noticed a solitary brown mushroom growing out of the accumulated leaf litter. I dutifully dug it up and presented it to be identified. To my surprise it turned out to be Dark Honey Fungus. I assume it isn't going to turn out to be rivalling the Oregan monster, but I was intrigued to see a species with such a reputation in my local forest.

Dark Honey Fungus (compare this to the photo of Common Honey Fungus above).
CHF has a yellow stem ring, DHF has a white stem ring with brown scales underneath. 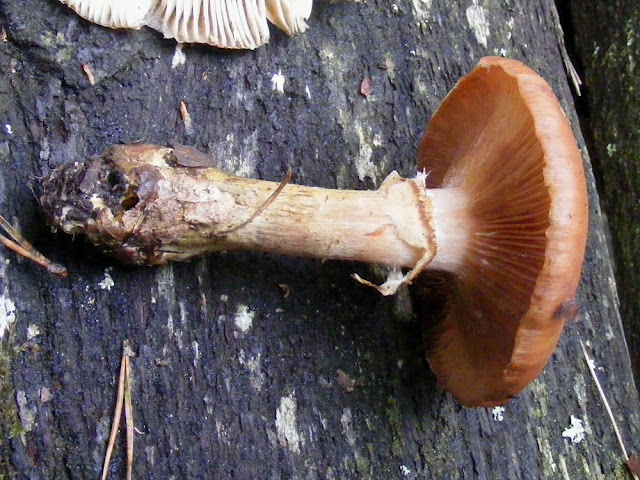