We anglophones tend to think of biscotti as an Italian classic, but actually these hard crisp biscuits exist in other European culinary traditions too. In France they are called croquets or croquants by people in conversation and by artisan bakers, although in the supermarket they will often be labelled 'biscotti'. A friend made some to hand round after a botany outing. She was bemused by me apparently suddenly switching from French to Italian, and told me the biscuits were called croquants.

The recipe below is my savoury take on the subject, using local tourangeaux ingredients. 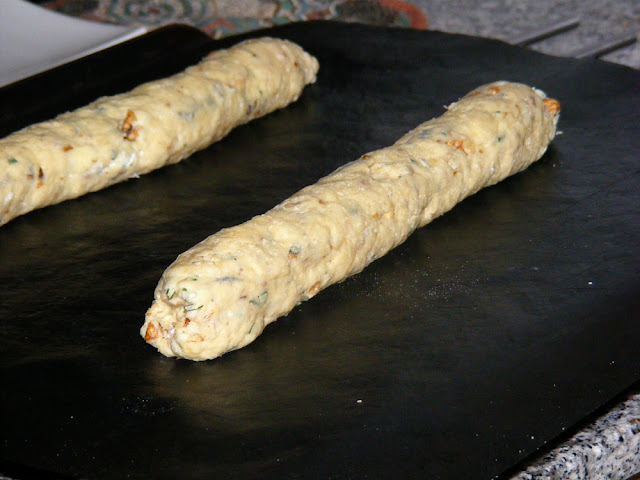 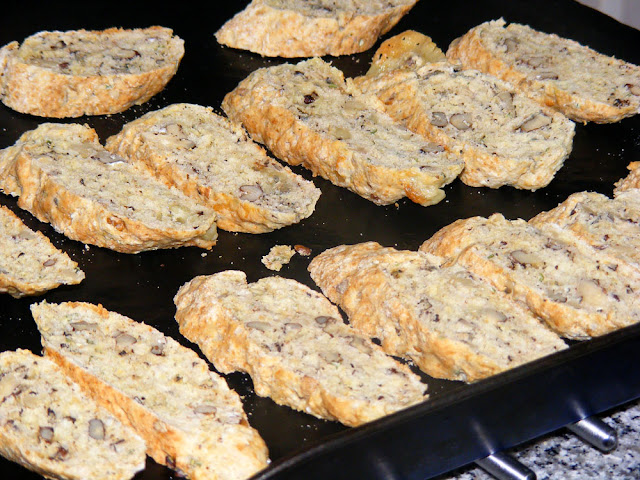 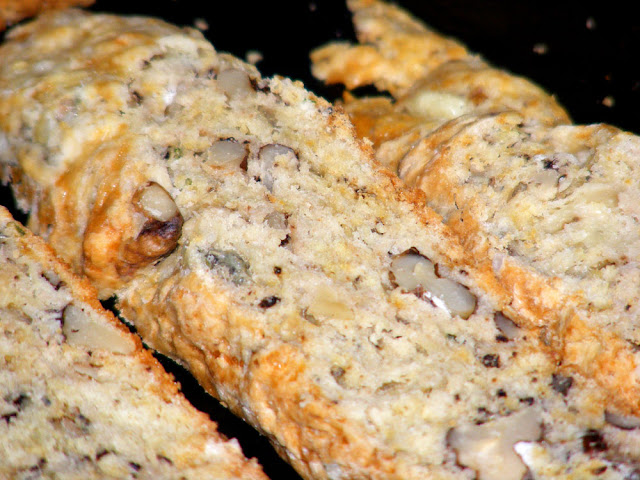 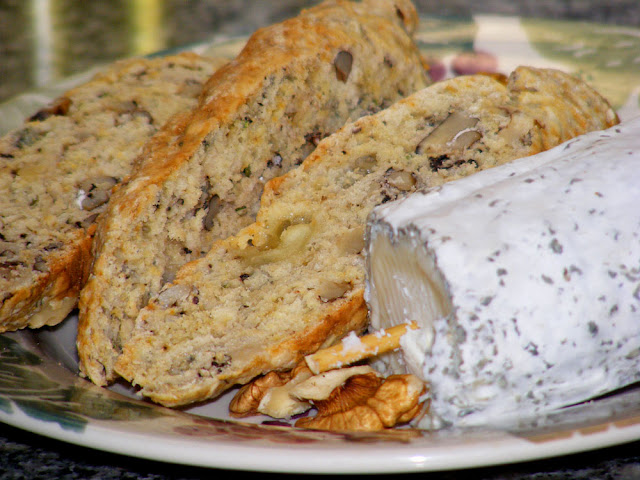 Looks very good. When you say "¼ maize meal" do you mean ¼ cup? In the U.S. corn meal comes in fine, medium and coarse grinds. In France I use quick-cooking polenta as coarsely ground meal. And the salt I assume is 1½ teaspoons?

I've corrected the recipe to show the measures I'd missed. Thanks for picking that up. The maize meal I use is Francine brand 'préparation pour pâte à tortillas de maïs'. It comes as a 400g sachet in a cardboard box, and is actually half maize and half wheat flour. Francine is a widely available brand who do all sorts of flours, but probably not all supermarkets stock the tortilla flour. I've also used Kabato brand 100% maize flour, which I found in Noz and seems to come from the Ivory Coast. Thinking about it, you probably could use polenta.

My late partner's daughter used to make sweet biscotti with almonds and, probably dried, cranberries. They were extremely good.

Thanks, and the same to you too.

I love almond biscotti. I've never made them with dried fruit of any kind though.

I wonder is the Francine brand is actually masa harina + flour, or if it is actually corn meal + flour. There is a difference. I've always understood that you can't make Mexican tortillas with corn meal.

They're good with raisins or dried cranberries. Diced up dried apricots would be good too. Prunes maybe...

I wondered about masa harina too, but it doesn't indicate that it is on the packet. It does say to rest the dough before forming the tortillas, to allow the maize meal to absorb the moisture and swell. I've never actually used this Francine flour to make tortillas though, so I don't know how fit for purpose it is.

These look delicious. I'll try them in the next few days .

Great! Let me know how they turn out and any feedback you think would be useful.