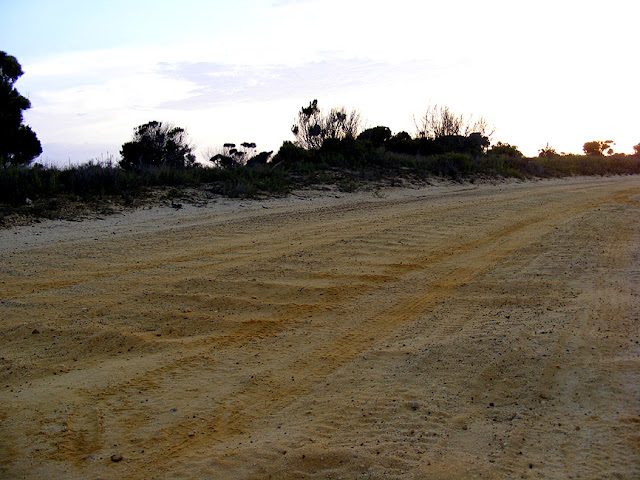 The unsealed road in to Green Cape, with boneshaking corrugations which caused bits to fall off one of our group's vehicles. This is not the outback, but it is fairly isolated. Car rental companies in Australia generally have small print that invalidates your insurance if you go on such roads.

Our posts on Sundays have an Australian theme. If you want to read more, click here.

Slow roasted cheap tomatoes that were on their way out.

I made a curing mixture of salt, sugar, fennel seeds and dill weed, and rubbed two pieces of trout with it to make gravlax.

Chicken noodle soup from stock I'd made a few days ago, and bits of chicken from the carcasses the stock was made of. I added sweated tiny dice of carrots, celeriac and leeks, then parsley and vermicelli.

Pork loin chops, which I didn't season enough, so they were a bit dull, served with mashed potato.

Loire Valley Nature: A photo of mixed Beech and Sessile Oak woodland has been added to the entry on Forest and Woodland habitat.

A new entry has been added for the invasive alien Chufa Sedge Cyperus esculentus.