Every year we get together with friends in early December to prepare our foie gras for Christmas. It involves having lunch at Rosemary and Jean-Michel's house and each of the three couples involved bring a course each. This year we were on starters, Rosemary and Jean-Michel made the main and Françoise and Paul brought the dessert. 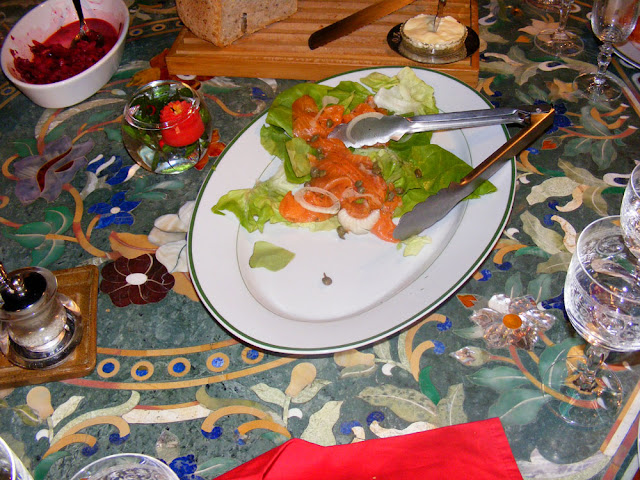 I made gravlax, using big pieces of trout rather than salmon. To my surprise when I came to buy fish for the recipe, salmon wasn't available in big enough pieces and trout was half the price. So trout it was, and I thought it was very successful. It's super easy too. The recipe is here. The most important thing is to have a truly sharp knife for slicing it thinly. To serve with the gravlax I made carottes et betteraves rapées, which is one of my favourite salads. The sparkling Vouvray that Jean-Michel had opened for pre-lunch drinks went perfectly with it. The Chablis he had thought might suit it (before he'd tasted the gravlax) turned out to be too dry. 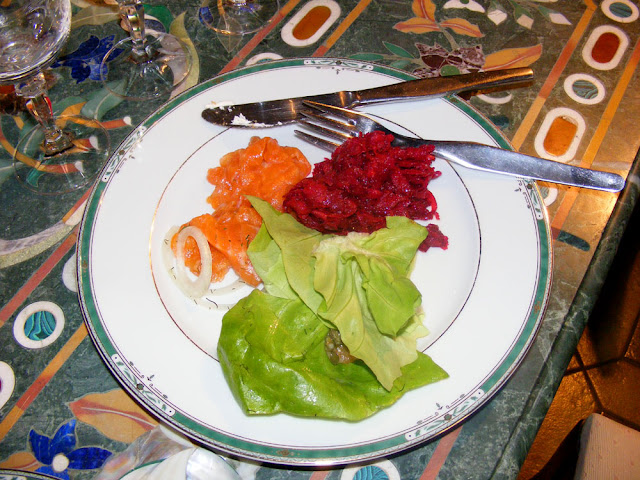 Jean-Michel made coq au vin and Rosemary did roasted parsnips, potato and pumpkin. 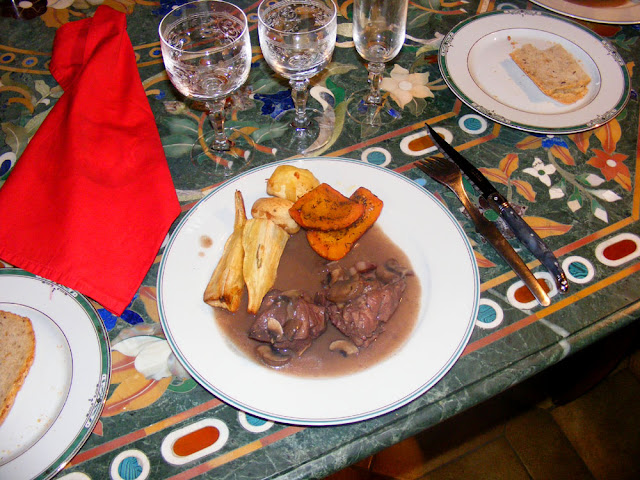 Françoise had made a chocolate charlotte, which she said was a family recipe. It was served surrounded by raspberries and was like a ganache inside. 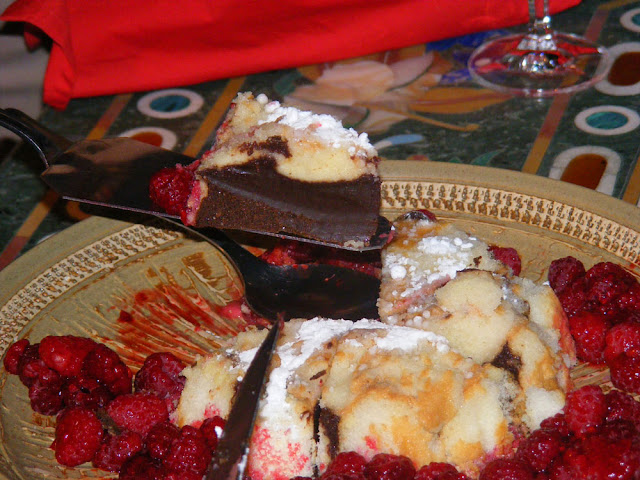 As usual we spent way more time eating, drinking and talking than preparing foie gras. All of us could quite easily prepare the foie gras at home in the course of an ordinary day, but it is so much nicer to come together and treat it as a winter celebration.

A Passion for Baking: The Food Programme on BBC Radio 4 has featured the Clandestine Cake Club on their latest episode. You can listen to it here. We belong to the Loire Valley chapter of the CCC.

Do you use betterave crue, grated as raw carrots are, in your salad?