In September I visited a Chavignol goats cheese producer on his farm with a group of friends.  In terms of quantity produced Chavignol is second after Sainte Maure de Touraine of the Loire Valley goats cheese Appellations d'Origine Protégées (AOP) and just a bit more than Selles sur Cher. Valençay and Pouligny Saint Pierre produce half or less of the quantity of the others. Rodolphe le Meunier, the cheese refiner, said to me once that Chavignol was his favourite of these cheeses. I don't see it so much around Preuilly, which is in the Sainte Maure de Touraine geographic area, so I was hoping to taste some good farmhouse product that was a bit different.

Alpine bucks taste the air around young does who may be coming into season. 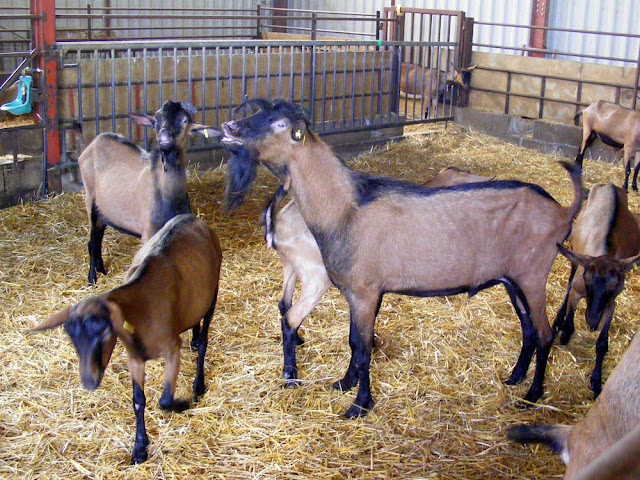 As it turned out, I was ambivalent about the cheese and more particularly about the producer. He was clearly knowledgeable but I didn't take to his rather vulgar, sometimes salacious way of talking about goat husbandry and cheesemaking. 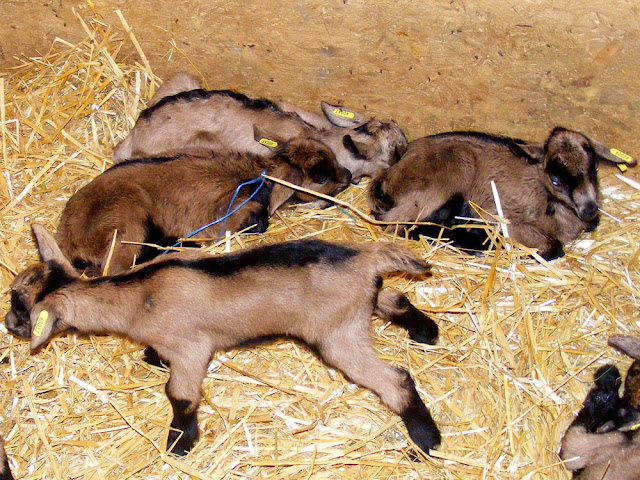 The goats were clearly in good condition, calm and comfortable. It was kidding season for half the troop, so there were hugely pregnant does with unbelievably enormous udders, and one even gave birth while we were there. On the other side of the shed the bucks were in with the young does who were coming into their first season. Their bedding was fresh straw and their water troughs were clean. The Alpine breed goats were fed on hay and grains produced on the farm. 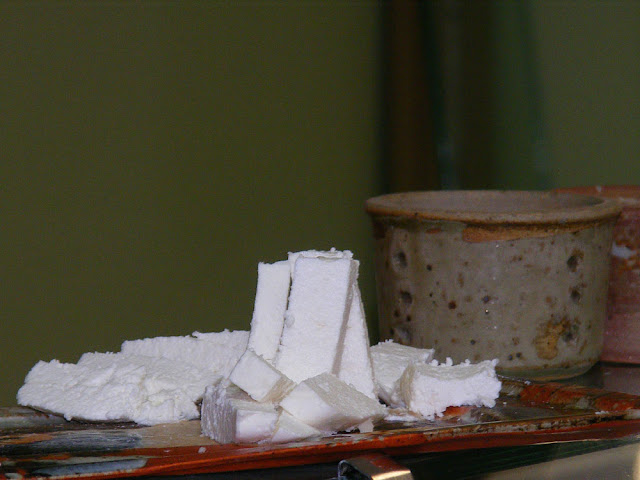 However, the milking parlour and the shop were the dirtiest and untidiest I have seen. There was dust and flies everywhere. I've visited quite a few goat farms in the Loire Valley and normally what strikes me is how amazingly clean and tidy they are, in all areas, and the producers are clearly fastidious. I was really disconcerted to encounter an AOP certified farm that didn't seem to take hygiene in all areas extremely seriously.

I was also disappointed by the cheese. It was extremely delicately flavoured. I know a lot of local French people who love many foodstuffs that are subtle, whereas I like bolder flavours, so this is not a comment on the quality of the cheese. The cheese was actually very good, just not to my taste. 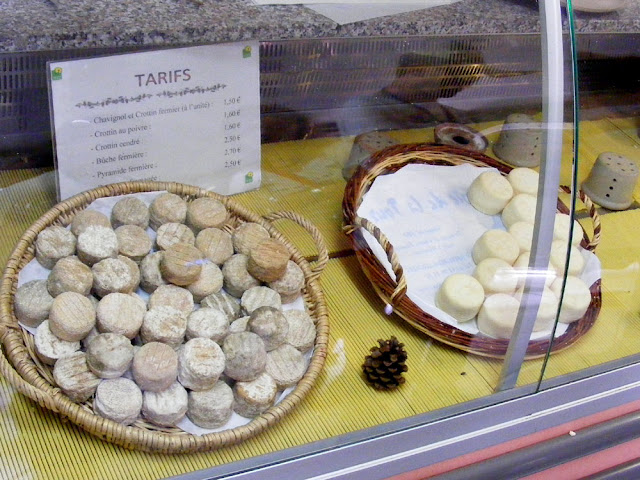 Chavignol goats cheese is sold in a puck shaped form known as a crottin. The literal translation of 'crottin' in modern French is 'dropping', but the word for the cheese doesn't come from any resemblance to a dropping. The word comes from the little ceramic colander style moulds the cheese was traditionally made in. These are called crottins in the Berrichon dialect, because they are named after the crots ('holes') on the river banks where the laundry was washed and the clay for the cheese moulds was extracted.

Raising goats in the Chavignol and Sancerre area seems to have begun in the 16th century. When phylloxera hit the vineyards of Sancerre in the 19th century, a significant portion of the land under vines was converted to cheese production. Today there are 550 000 hectares involved in the production of an annual 774 tonnes of Chavignol cheese. 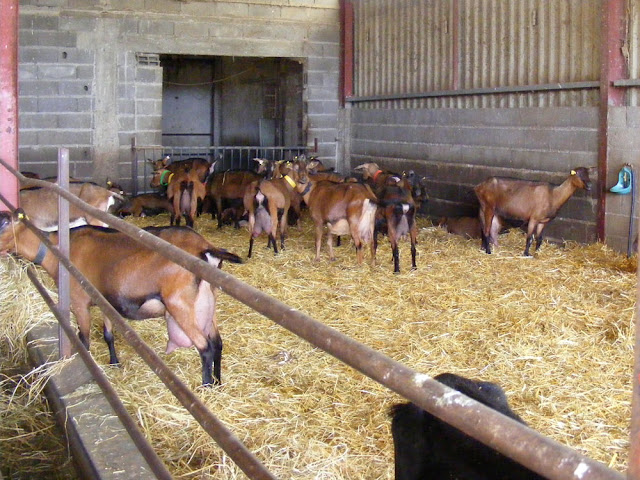 The Crottin de Chavignol is a raw milk cheese, made from whole goats milk and a lactic culture. The cheese is white with an ivory natural rind (which can go bluish or brown with age). Each cheese weighs 60 - 90 grams and has a 45% fat content.

The goats are always of the Alpine breed, good milkers yielding about 800 litres a year. The milk is about 3.5% fat and 3.1% protein. There are 70 farmers who just produce milk which they sell to the factory, 22 producers who only sell to specialist cheese refiners, 23 farmers who sell direct to the public, 3 specialist refiners and one factory. They produce 13 million individual cheeses per annum, a third of which are made on the farm.

Very interesting to hear about the goats and their cheeses. I would love to be able to taste some

It would be interesting to compare the differences between the French and the Greek cheeses.