Recently I was contacted by Anne from La Roche Posay. She asked me if I would come over to a plot of land that she has recently bought and intends to turn into a forêt comestible ('edible forest') and nature reserve. She has all sorts of ideas but is right at the beginning of planning the work and how to achieve it. Here are some photos I took on my visit: 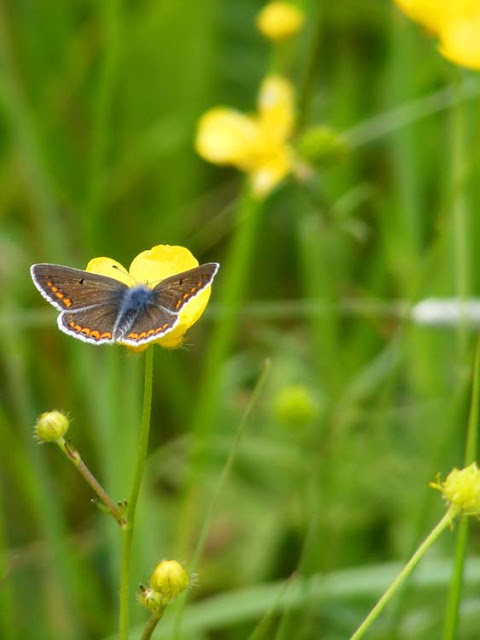 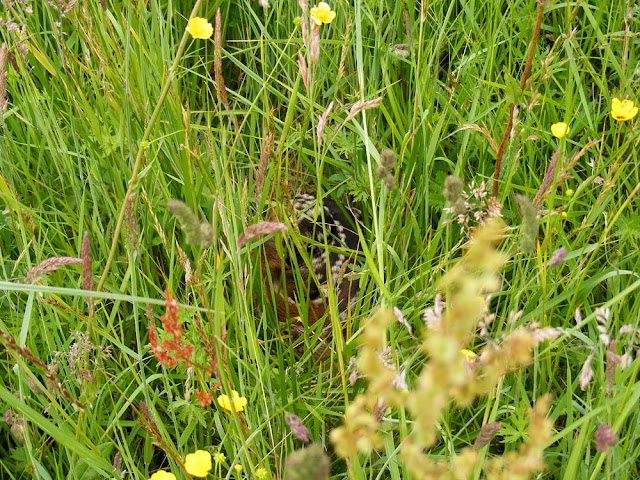 Fawns are famous for remaining completely still no matter how close you get. This one was certainly so well hidden I nearly stepped on it. At first I thought it was a large snake curled up in the sun, then I realised it was furry. It was the most beautiful mix of rich browns and creams. Once I got within a single step's distance of it, it did turn an ear towards me and it was watching me. I was careful not to get close enough to touch it or make the grass close to it move. It remained curled up in this position as I walked past. I was astonished and made excited squeaking noises and jumped up and down once at a safe distance. I've heard of people encountering fawns like this, but never experienced it before myself. The little fawn was about the size of a rabbit, and cannot have been more than a week (plus or minus a few days) old. The Chateau of Candé has to have a notice up telling people not to bring them fawns they've found in the park. Their mothers have not abandoned them, but stashed them somewhere they are hidden until you are right on top of them. 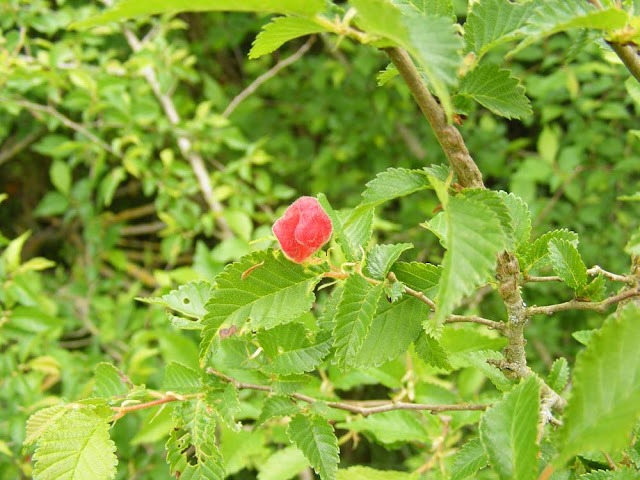 This lovely fuzzy red gall is made by an aphid Eriosoma lanuginosum (Fr. Puceron de l'Orme). The aphid only attacks elms. 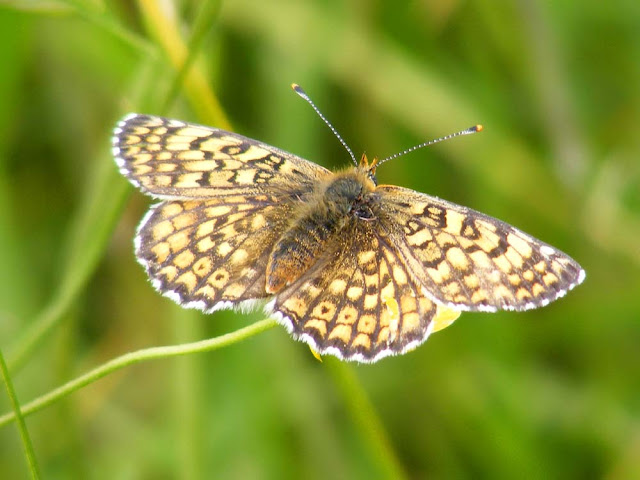 A common butterfly of prairie grassland, whose numbers fluctuate from year to year and my impression is that the population overall is declining. 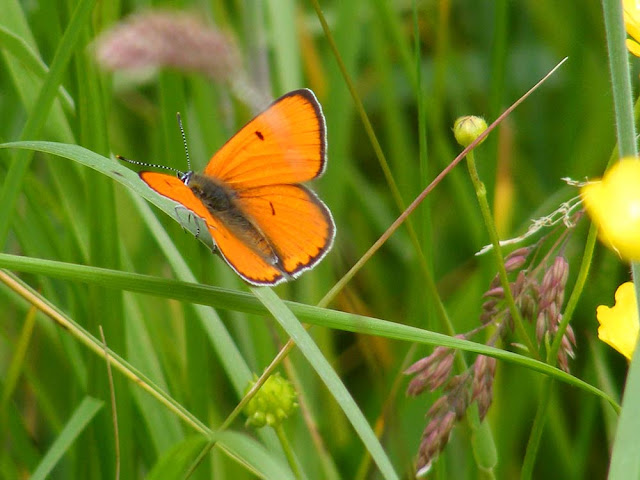 This species was an unexpected and exciting first for me. The Large Copper is rare and localised. Its population is declining and nature reserves such as La Chérine, the League pour la Protection des Oiseaux (LPO)'s reserve in the Brenne work hard to manage the site so the species survives. They are keen to get rid of Coypu Myocastor coypus (Fr. ragondin) because the invasive vegetarian aquatic rodents eat the caterpillar food plant of the Large Copper.

Looking over Anne's prairie towards the trees around the pond on the northern side of the parcel. 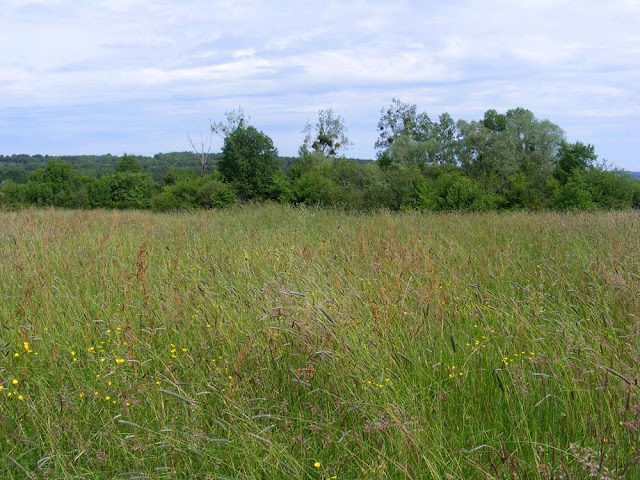 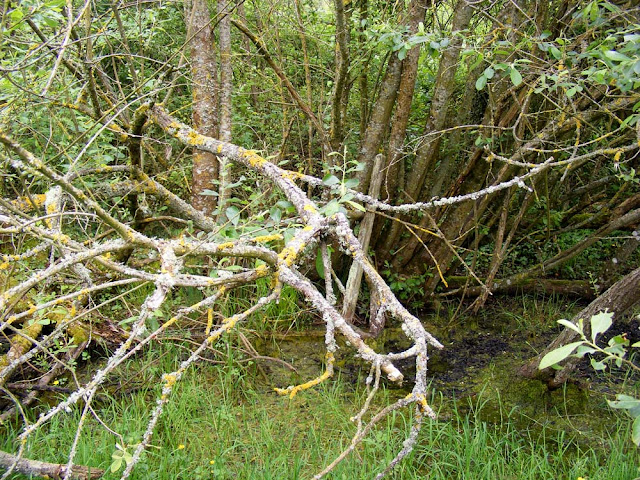 The tree must have fallen some years ago and now, having sent new shoots up, blocks access to the pond. Fortunately there is a seep just in front of the tree that the deer have clearly been using to drink from. 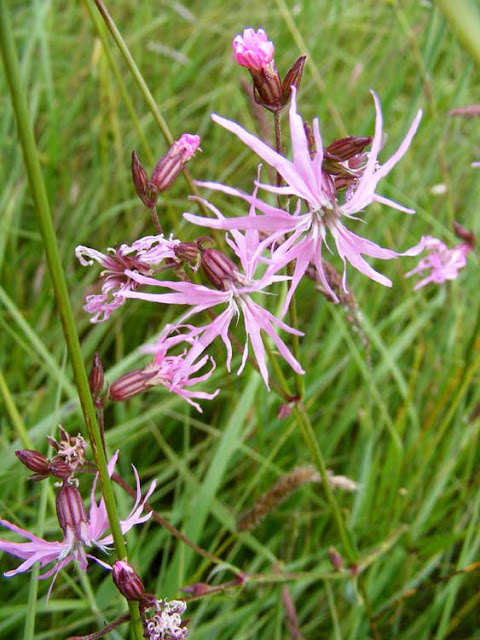 A common plant of wet prairie and meadow.

We're not going to talk about the weather except to says it's wet but we are dry. The rivers are full and some roads are cut, but so far no disasters close to home.  La Nouvelle Republique has a run down on the week's moistness.

Nice variety of photos and wildlife. The Large Copper is beautiful. Lets hope it doesn't become extinct. Love the Ragged Robin.
If I'm not mistaken the common name of Buttercup is Bouton d'or.

What a nice thing to do with that land. Kudos to Anne. And to you, for advising.