For June's Cake Club (theme Saints or Sinners) I made a chocolate chilli cake.

Just to take the challenge way beyond my capabilities, I decided that there should be a Saint or Sinner (or both) running through the cake.

After baking 3 cakes, not getting the coloring right (do you realise how much food coloring it takes to make a cake red??), cutting, loading the cake into a tin (then unloading, because the tin was too big), emergency selection of another tin, baking for 15 minutes longer than the instructions said because it just wasn't cooked after the stated 35 minutes, I had a result. 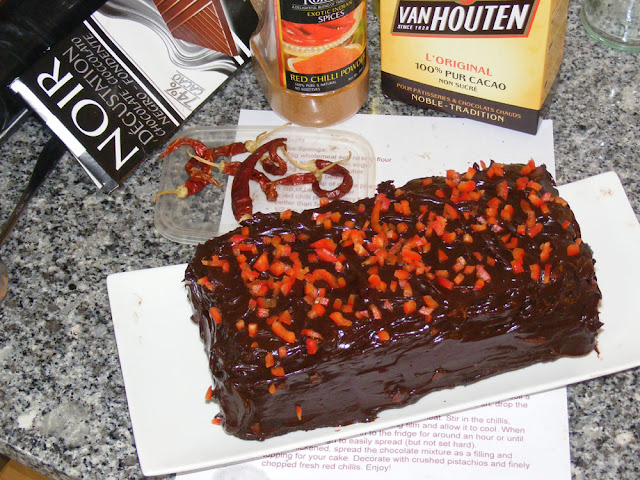 The Sinner's end (the devil is extra chilli'y with ginger) 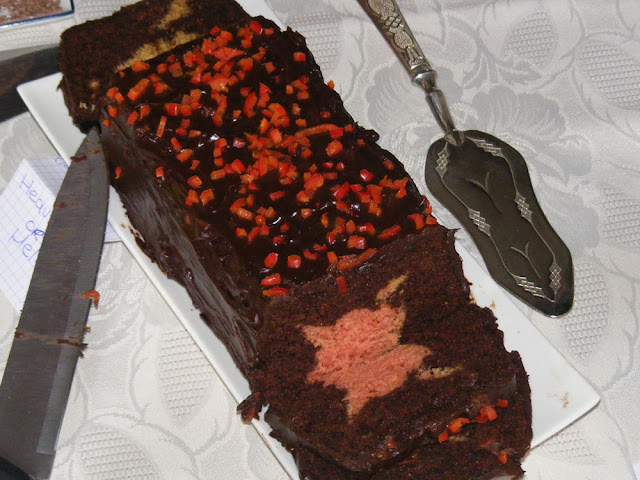 The Saint's end (his halo has slipped, and the cake is coconut flavoured) 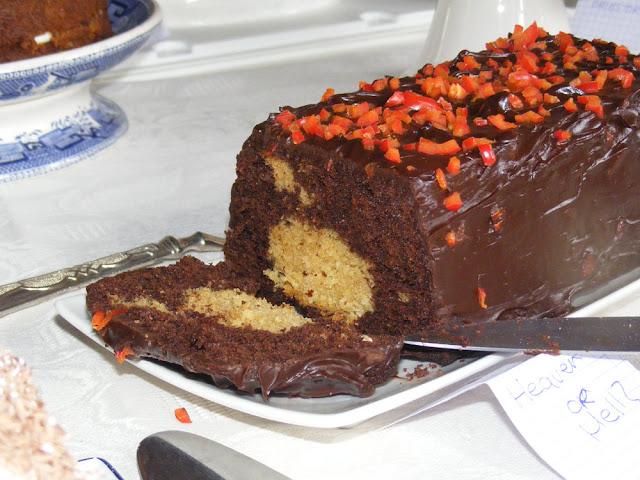 Well good on you for trying - the idea of the figures is very interesting. Chocolate and chilli are a great combination. Your travails sound only too familiar - I bake often and have all manner of disasters especially with gas surges and power cuts. When they turn out like yours has though, it's all worth it.

Your cake was amazing! Very well done for turning out something that was delicious and challenging.