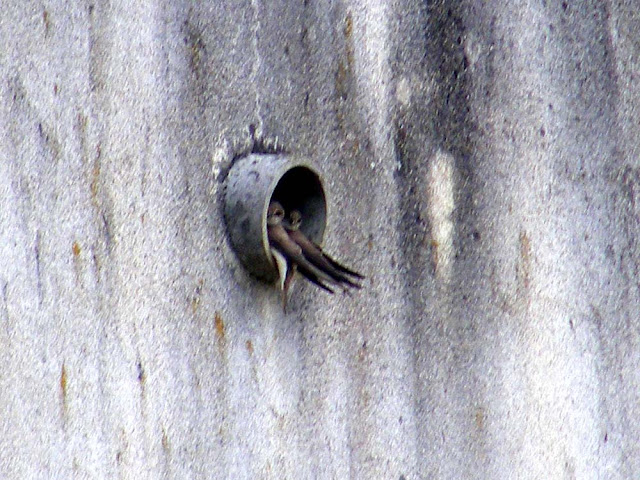 The last time we were at Clos Roussely, a winery we use at Angé in the Cher Valley, I was delighted to see that there were Sand Martin Riparia riparia nesting in the drain pipes which project out of the retaining wall that forms the front part of the cellar. 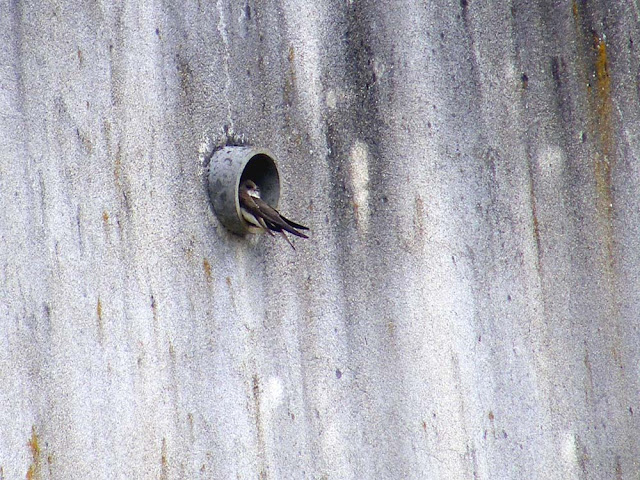 Sand Martins are kind of the forgotten hirundine. They are not so dependent on man as Barn Swallows, House Martins and Swifts for nesting spaces and so rarely interact with people so closely. In fact, I've never before seen Sand Martins nesting in a manmade structure that wasn't purpose built for them. 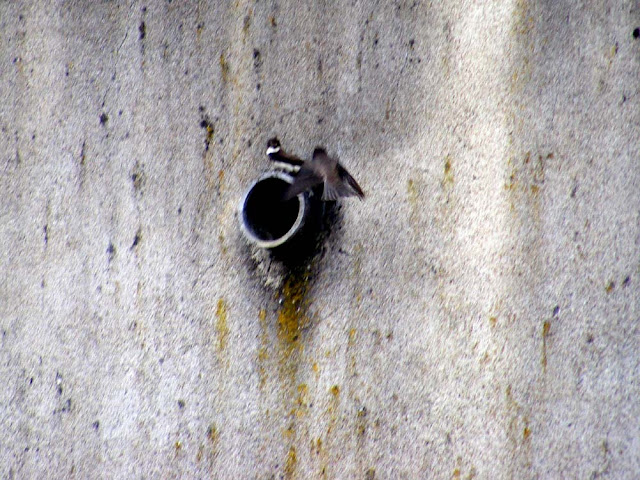 The birds are small and lively, coloured ash grey brown and pure white, rather smart in their own understated way. Like their cousins they feed on insects caught on the wing and because they normally nest in river banks and the sides of gravel pits, they are normally seen zipping about over the rivers here. 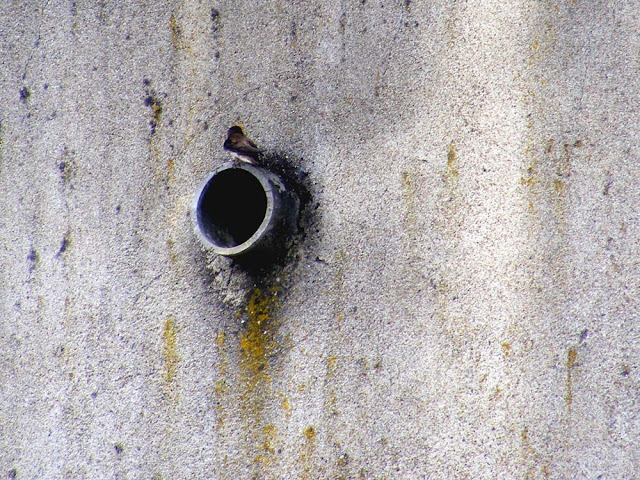 The species is known as Bank Swallow in the Americas, Collared Sand Martin in South Asia and Hirondelle de rivage in France. Like the other hirondines it is migratory, but it occurs very widely around the world, spending its summers breeding in Europe, North Africa, the Middle East, northern Asia and North America, and wintering in eastern and southern Africa, South America and South Asia. Although their population has declined markedly, they are not considered rare or endangered.
Posted by Susan at 09:00

Of all the names, Hirondelle de rivage is definitely the nicest. Looks like they'd make a lovely watercolour.