'Advice to the Population' 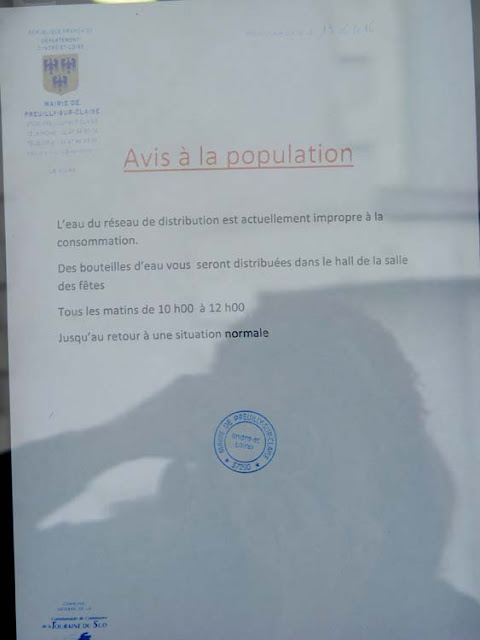 On Monday afternoon a car with a loudspeaker drove down our street making an annoucement. It wasn't accompanied by blaring music so I didn't think it was the circus advertising. It sounded like our mayor's voice and then I heard 'Avis à la population!' I rushed outside so I could hear the announcement properly, but by the time I got to the street the car had gone and I couldn't hear the loudspeaker. How mysterious and curious... 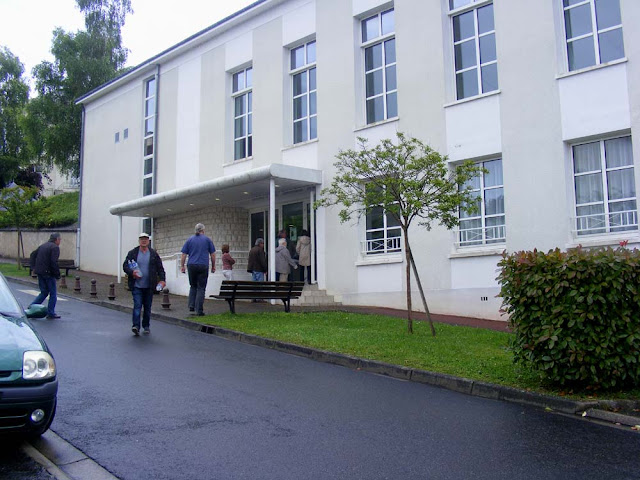 Later in the day Simon picked up an interchange between a couple of Preuilly residents on Facebook. Apparently there was a problem with the town water and we were not to drink it. The kids at school had all been given bottled water and there would be a distribution of bottled water for townsfolk at the town hall the next morning (yesterday). A quick check of the town website revealed no information (except an exciting traffic jam in town in April involving a semi-trailer loaded with a rig for an Airbus wing, which we completely missed at the time). 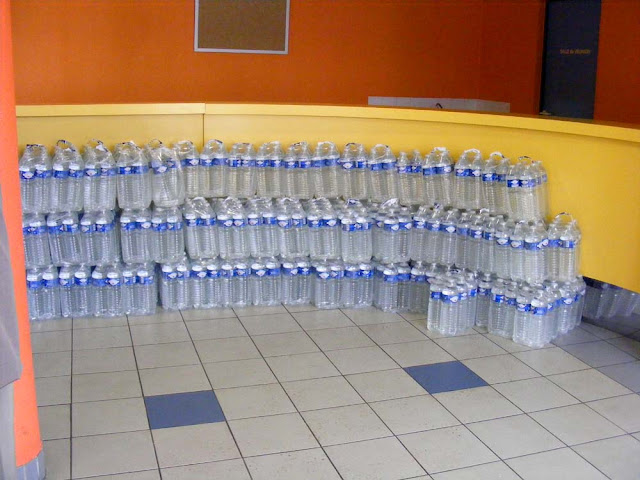 So we duly turned up at the Town Hall to see that the water distribution was taking place from the salle des fêtes next door (which is what we assumed would be happening anyway). There was a queue out the door and a notice. Our allocation was 4.5 litres for the two of us. 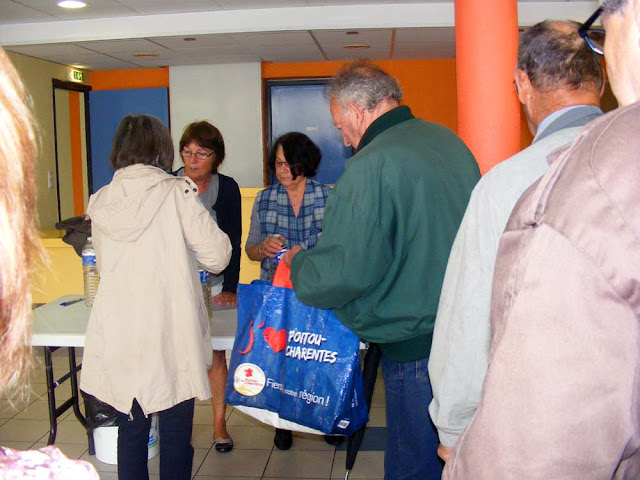 The notice says: 'The reticulated [town] water is currently unsuitable for consumption. Bottles of water will be distributed to you in the foyer of the town function rooms. Every morning from 10 am to 12 pm. Until the situation is back to normal.' 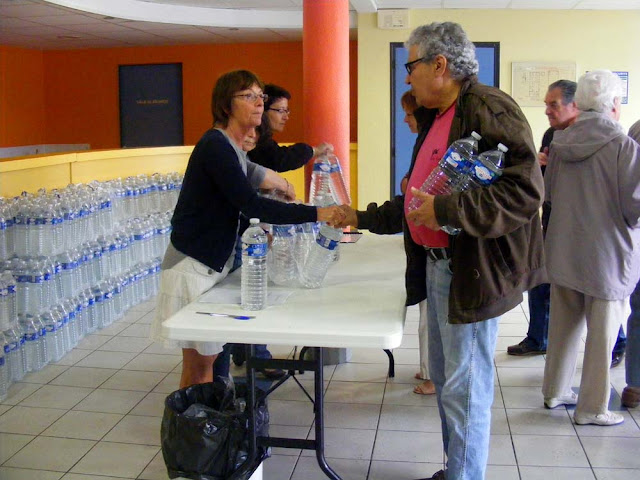 I asked what the problem was and it appears that as a result of the recent rains and floods the bacteria level in the town water is just at the limit for human consumption. As a precaution the local authority is issuing bottled water. There is no problem with nitrate levels being too high, so if you wish you can use the town water if you boil it, and washing shouldn't be a problem. We just have to avoid drinking the town water crue ('raw' -- there's probably a joke in there somewhere, since crue is also the word for 'flood'). The authorities have no idea at this stage when the situation will be rectified. Notices have been posted on every shop window in town but as yet the news hasn't hit the newspapers. I don't know about local radio because we don't listen to it.

I guess this explains why I've had an upset tummy for the past week or so. I normally drink quite a lot of tap water.

I quizzed Gérard the Deputy Mayor when I ran into him yesterday evening. The problem is E. coli, and the water tower (Fr. chateau d'eau) will have to be emptied and cleaned. We will need to be on bottled water for some days while the water is retested and the laboratory waits for the culture to grow before they will give us the all clear.

We are not the only village in the Claise Valley that has had contaminated drinking water as a result of the floods. Ten days ago Le Grand Pressigny was also distributing bottled water. According to Gérard that was a different problem though. He says LGP had a broken pipe which was allowing silt in. The problem was solved by hooking up to Abilly's water supply until the pipe could be fixed and the system flushed.

Thanks for the info about our water problem...
everyone in town had brown water... we didn't?
However, thinking on it, I wouldn't be surprised if our water came from Petit Pressigny...
it then wouldn't have to cross the river... and there are no visible signs of it doing so by the bridge.