Markers on a garden wall and residue on the garden door. 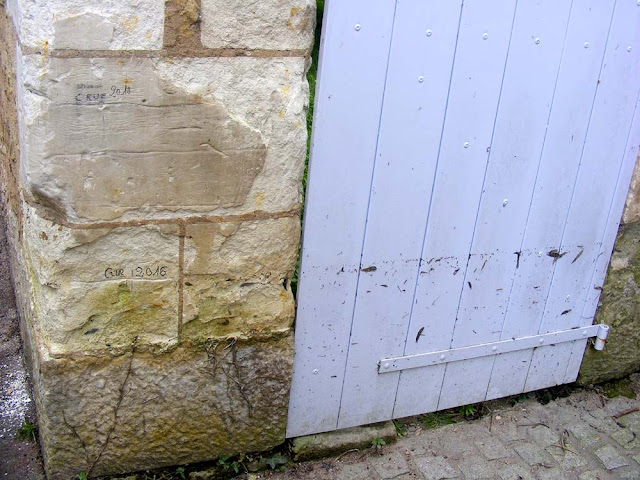 We spotted this flood marker on a garden wall near the lavoir (public laundry) in Montrésor a few days after the recent floods had receded. The lavoir itself had been flooded to the roof and the timber framed buildings and former chapel further up the slope had not escaped the rising water. Montrésor is on the Indrois river, and as the flood markers reveal, it floods frequently. In 2010 the water was clearly considerably higher.


This is what the lavoir and river look like normally at Montrésor. 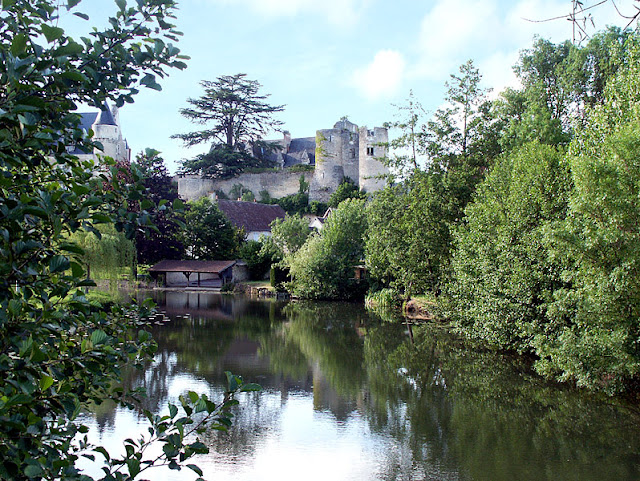 The flood marker in the first photo belongs to the house you can see immediately behind the lavoir in the photo above.

Email ThisBlogThis!Share to TwitterShare to FacebookShare to Pinterest
Labels: Montrésor, nature and wildlife

I'm trying to remember high waters in 2010. I guess I should check my old blog posts to see if I mentioned it then.

BTW, you typed Indre for the river's name but I think you meant Indrois.

I don't remember flooding in 2010 either, but it could have been quite localised. And you are quite right -- Montrésor is on the Indrois. I'll fix the text.

I just spent some time looking at my blog posts in 2010. We had a significant snowstorm in early December that year. Then we suddenly had torrential rains. The center of the city of Cherbourg was flooded by snow melt, rain, and an exceptionally high tide. Maybe the snow formed a dam in or near Montrésor and caused the Indrois to flood there.