All Manner of Motors

We have seen some seriously fun machinery this past couple of weeks:

First we ran into a car club from the Île-de-France on their spring weekend outing. I was sitting in Célestine in the car park at Candé minding my own business when a line of classics and new classics rolled in: 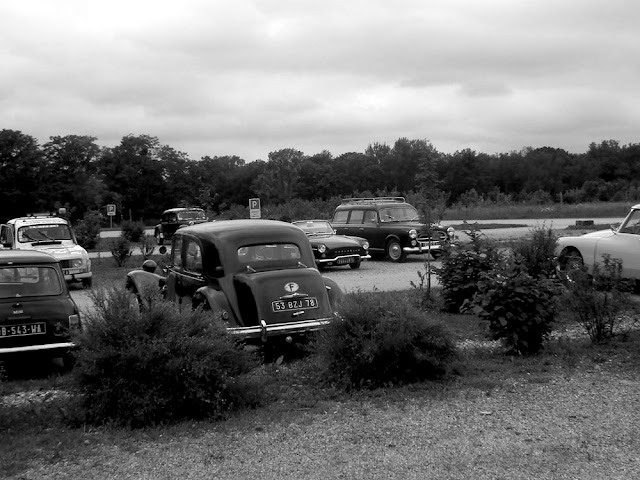 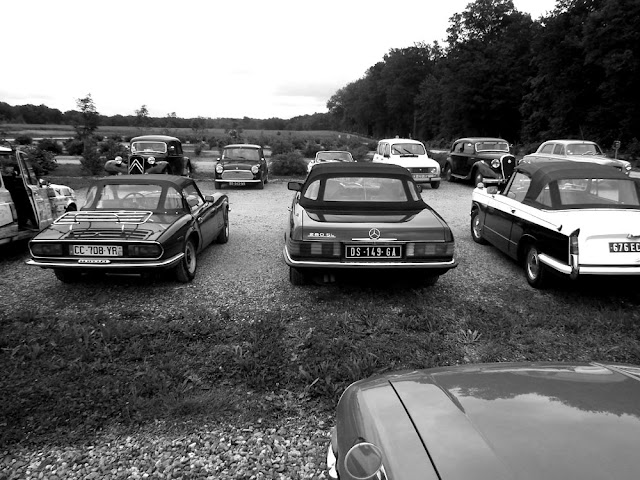 Then, a week later I was driving home from Loches and I passed a large group of classic motorbikes. Stopping to chat to a few who were in the car park at the Mairie in Preuilly I found out there was 48 bikes in the 2nd "Tour de Indre et Loire", and that they were heading to Azay le Rideau.

At lunch I told Susan and our clients what I had seen, but that I didn't really expect to see them again as they were heading in the other direction to us 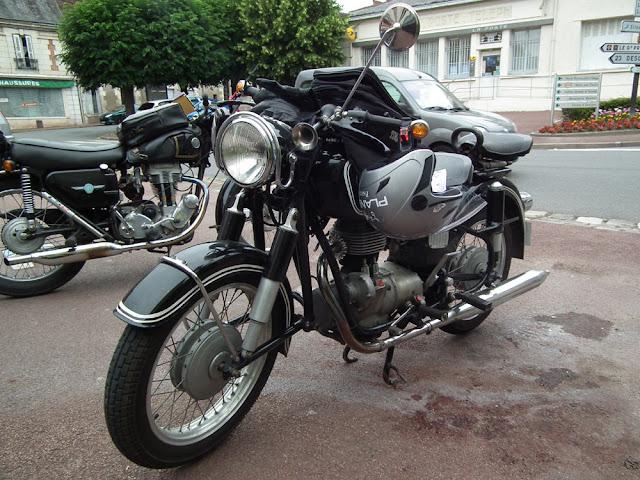 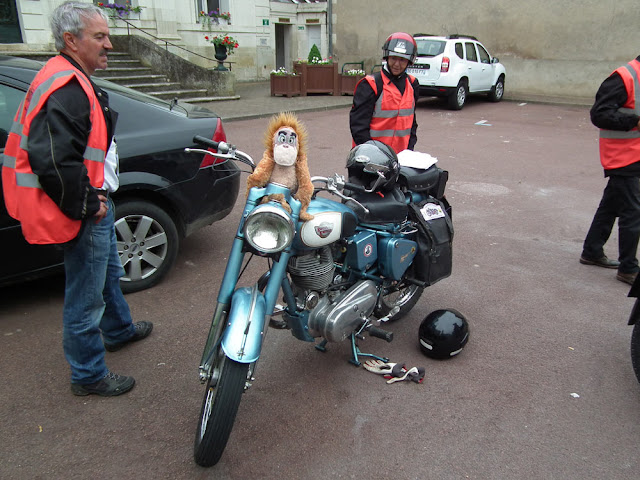 I had obviously only been shown page 1 and 3 of the route, because we later ran in to them at the café in Montrésor, a bike riders' favorite stop. As our client was a bit of a bike fan it was an absolute bonus for him: most unexpected, but this kind of thing has a habit of happening.

Most of the bikes were new to him - I don't suppose you get many 125cc French pre WW2 bikes in Florida. (Here I have to admit that many of the bikes were new to me, too. I was able to identify most of the 1950s British bikes, but I haven't the motivation to learn about old French bikes in the same way the 15 y/o me learnt about Nortons and Vincents) 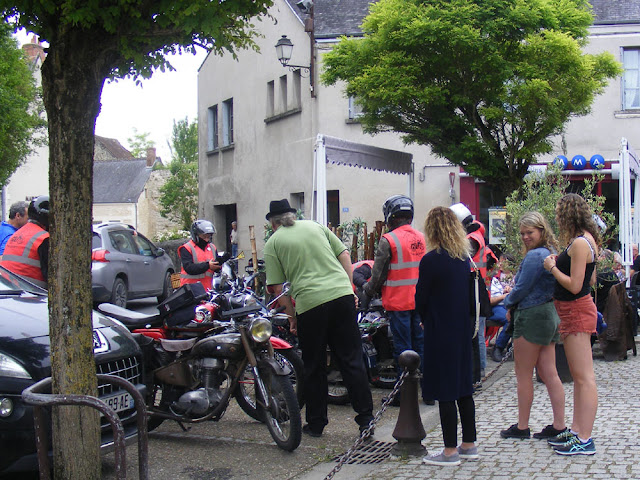 Susan was taken by the rally style roller map 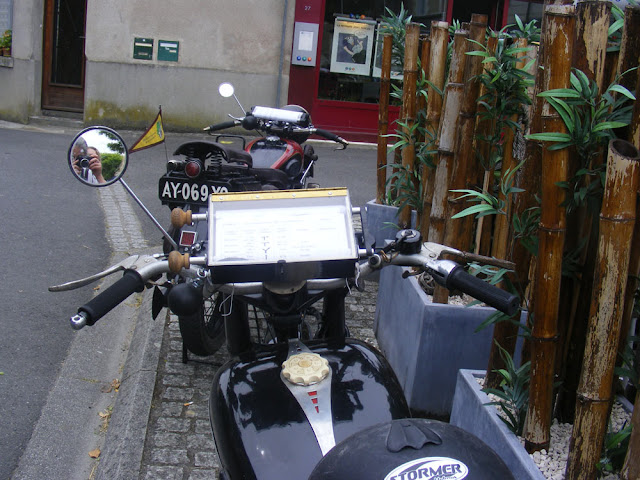 Susan also took a movie - turn the sound up, and enjoy the noise!


There will be more old machinery coming up on the blog in a couple of days: the traffic jam is happening in le Blanc on Sunday.
Posted by Simon at 09:00

Email ThisBlogThis!Share to TwitterShare to FacebookShare to Pinterest
Labels: Events, Montrésor, Pictures of Chateaux, The Car and Driving

I'm out for a SOLEX ride tomorrow Simon. Do you have any Solex bikes in your area?