Regular readers may remember our Siberian Iris 'Steve' and our annual account of what he's up to. For those readers who may be concerned by the title of this post, don't worry, he hasn't left home, just been transplanted into a new pot.


Steve in his new pot. 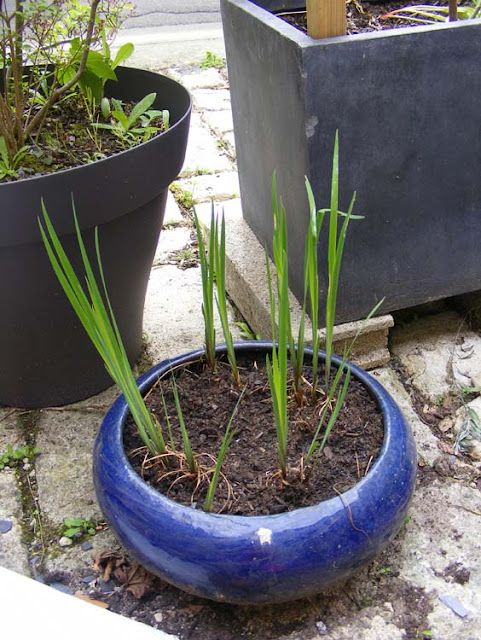 He's multiplied quite a bit and was filling up his previous pot, which was also prone to drying out. Steve doesn't like being dry for too long, so we've put him in a lovely blue pot that is bigger and doesn't drain terribly well. He is enjoying it, but is obviously not going to flower this year. The previous occupants of the blue pot were some Snakeshead Fritillary (obtained ethically, from a nursery at one of the London Royal Horticultural Shows). Unfortunately Lily Beetles have eaten the Fritillaries. Lily Beetles may be gorgeous, but they are a menace in the garden and one of the few creatures I am prepared to ruthlessly squash.


The pseudo-Steves party on despite the rain. 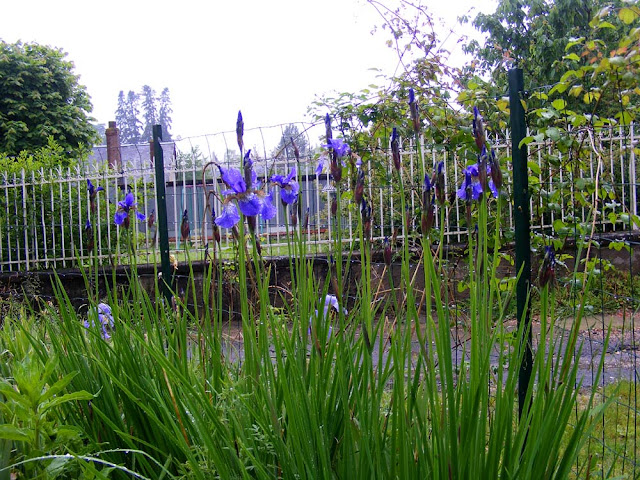 Anyway, as usual the pseudo-Steves are doing their bit to beautify the back garden, determinedly flowering in the endless pouring rain of the past few days.

Glad to know Steve is doing well. I'm sure he enjoys the blue color of his new home and will, undoubtedly, emulate it with a display of brigt flowers next spring. Coordination is the name of the game!